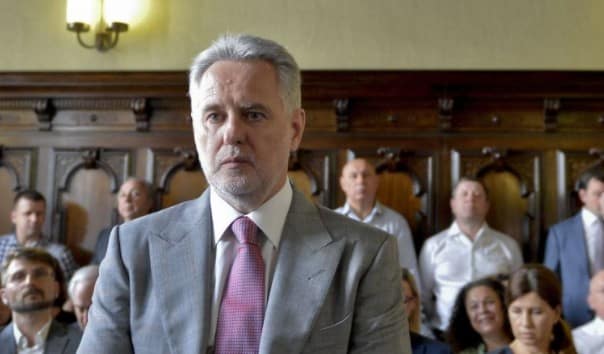 Daily Beast: Justice Department officials repeatedly stalled efforts last year by Manhattan prosecutors to get a hold of Rudy Giuliani’s electronic communications as part of their probe into his anti-Biden crusade in Ukraine, according to multiple reports.

NEW: Federal prosecutors probed RUDY GIULIANI's ties to wealthy Ukrainians DMITRY FIRTASH & PAVEL FUKS, & examined whether @RudyGiuliani's attacks on MARIE YOVANOVITCH were undertaken at the behest of Ukrainians who wanted her gone for their own reasons. https://t.co/1aUmV1rPIB

Sources cited by CNN on Wednesday said DOJ officials pushed back against prosecutors’ bids to obtain a search warrant for Giuliani’s communications, citing everything from the upcoming 2020 election to his role as a lawyer for President Donald Trump.

According to internal emails obtained by Stern and Capital, Firtash had a series of accounts in Wirecard, an insolvent German bank, whose top staff was arrested or implicated in criminal proceedings last year. https://t.co/vrjYKS79yb

New York investigators, required to consult the DOJ about any search warrants involving lawyers, were rebuffed again after the election, with officials citing Giuliani’s role in challenging the election results on behalf of Trump, according to The New York Times.

Among Giuliani’s other dealings in Ukraine, federal prosecutors had reportedly honed in on his links to Dmytro Firtash, a Ukrainian oligarch under indictment in the U.S. who said Giuliani offered to help with his legal troubles in exchange for dirt on the Bidens.

The Manhattan probe into Giuliani’s dealings in Ukraine was still well underway during the final months of the Trump administration, and ultimately, DOJ officials said any decision on a search warrant for Giuliani’s records should be made after President Joe Biden took office.

It was not immediately clear if prosecutors have since revived the matter with the DOJ since Biden took office. Giuliani has denied wrongdoing.