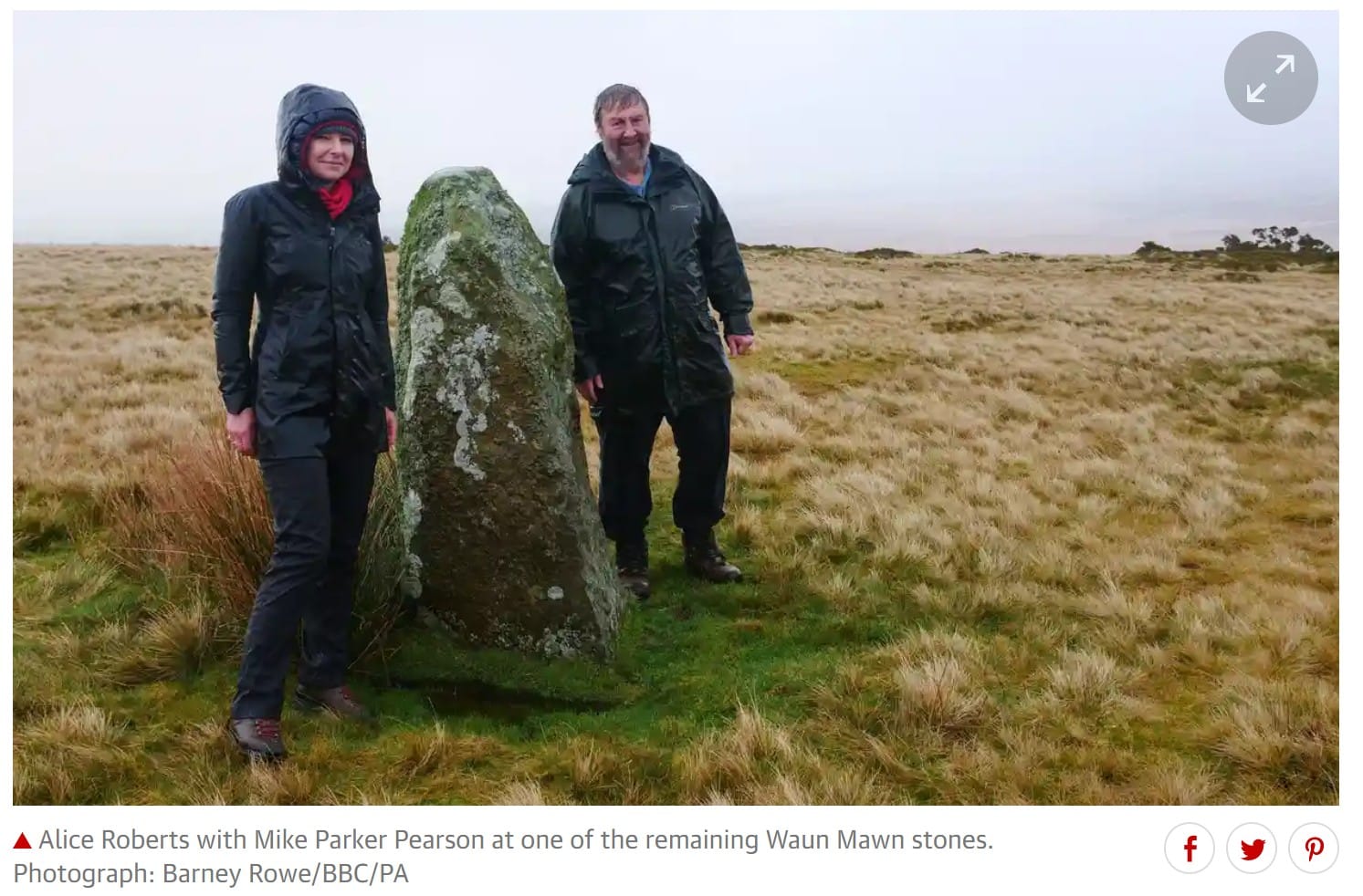 An ancient myth about Stonehenge, first recorded 900 years ago, tells of the wizard Merlin leading men to Ireland to capture a magical stone circle called the Giants’ Dance and rebuilding it in England as a memorial to the dead.

Geoffrey of Monmouth’s account had been dismissed, partly because he was wrong on other historical facts, although the bluestones of the monument came from a region of Wales that was considered Irish territory in his day.

Now a vast stone circle created by our Neolithic ancestors has been discovered in Wales with features suggesting that the 12th-century legend may not be complete fantasy.

Its diameter of 110 metres is identical to the ditch that encloses Stonehenge and it is aligned on the midsummer solstice sunrise, just like the Wiltshire monument.

A series of buried stone-holes that follow the circle’s outline has been unearthed, with shapes that can be linked to Stonehenge’s bluestone pillars. One of them bears an imprint in its base that matches the unusual cross-section of a Stonehenge bluestone “like a key in a lock”, the archaeologists discovered.

Some very interesting new (and old) research on the origins of Stone Henge https://t.co/eca0ZxXoKk

Mike Parker Pearson, a professor of British later prehistory at University College London, told the Guardian: “I’ve been researching Stonehenge for 20 years now and this really is the most exciting thing we’ve ever found.”

We now know the first people to live at Stonehenge came from Wales and we know they were important people… pic.twitter.com/kWBE4FGtcm

The evidence backs a century-old theory that the nation’s greatest prehistoric monument was built in Wales and venerated for hundreds of years before being dismantled and dragged to Wiltshire, where it was resurrected as a second-hand monument.  read more…