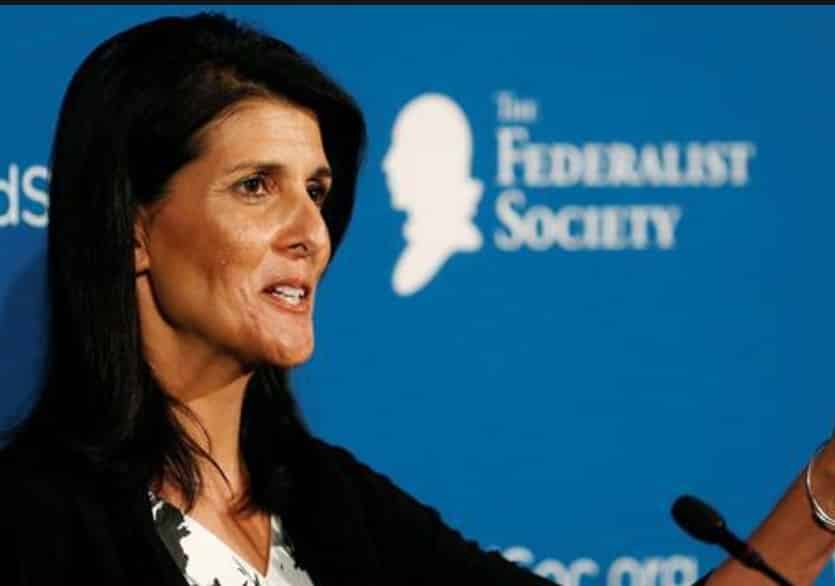 Nikki Haley claims to have broken with Trump and now disapproves of the man she helped lead over a cliff…denying her personal role, a major role in destroying the United States on behalf of the Kosher Nostra…best read the Politico piece below and not her attempts to rewrite her own dark history….

KIAWAH ISLAND, S.C. – Late last year, Nikki Haley had a friend who was going through a hard time. He had lost his job and was being evicted from his house. He was getting bad advice from bad people who were filling his head with self-destructive fantasies. He seemed to be losing touch with reality. Out of concern, Haley called the man. “I want to make sure you’re okay,” she told him. “You’re my president, but you’re also my friend.”

At the time of Haley’s call, Donald Trump—her “friend”—had spent much of the previous month refusing to concede defeat in an election he clearly lost, opting instead to delegitimize the institutions of government that upheld the result, indulge in outlandish conspiracy theories and generally subvert the country’s 244-year-old democratic norms. Republican leaders who possessed the credibility to dispute these claims publicly and exert a counterinfluence over the GOP electorate had chosen not to. Haley was among those who kept quiet.

For the previous four years, since being plucked from the governorship of South Carolina to serve as U.S. ambassador to the United Nations, Haley had navigated the Trump era with a singular shrewdness, messaging and maneuvering in ways that kept her in solid standing both with the GOP donor class as well as with the president and his base.  read more…