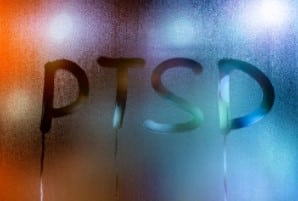 The results are inarguable: Cannabis has medical benefits. Though humankind has been using variations of marijuana as a medicinal treatment for millennia, the 20th century prohibition on pot turned many health care providers and medical researchers away from the substance entirely. Fortunately, looser cannabis regulations in the 21st century have made the drug more accessible to patients, and improved research practices have found many ways to apply the natural compounds in cannabis to various health conditions.

Perhaps the most promising application of cannabis treatment is in the field of mental health, particularly for those suffering with post-traumatic stress disorder (PTSD). PTSD is a psychiatric disorder in which an individual is subjected to a traumatic event, either through experience or observation.

Traumatic events that result in PTSD can take many forms. Most famously, veterans endure various traumatic events in their tours of duty, but citizens can also be exposed to trauma through domestic abuse, assault, serious health problems and more. Often, PTSD manifests symptoms like intrusive memories about the event, which can include nightmares, as well as severe anxiety and depression that can make adjusting to regular life extremely difficult.

Most people have mild, temporary PTSD after a traumatic event, experiencing uncontrolled thoughts and emotions like fear, anger and guilt. However, in time, most people are able to cope with their trauma on their own. Extremely traumatic events, long-term exposure to traumatic events and other factors can result in chronic PTSD, which requires more intensive treatment like various therapies supervised by a mental health professional — and potentially cannabis.

How Cannabis Can Help

Studies on cannabis applied as a treatment to mental health conditions have mixed results. Many who self-medicate conditions like anxiety and depression attest that cannabis has been beneficial, but research indicates that long-term use of the drug can worsen these conditions, leading to more intense symptoms that require more significant treatment to overcome. This is primarily thanks to how cannabinoids binds to receptors in the brain; too much THC often results in feelings of paranoia or panic, and even low levels of those emotions interfere with mental health and wellbeing. 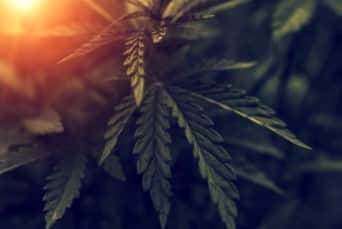 However, the same isn’t exactly true when it comes to treating PTSD. Studies have found that cannabis treatments can reduce the severity of intrusive thoughts, flashbacks and irritability associated with a traumatic event, which makes coping a bit more manageable. Additionally, studies have found that using cannabis as a sleep aid can help those with PTSD sleep more soundly because THC interferes with the normal sleep cycle, reducing REM sleep and thus preventing nightmares or traumatic memories from manifesting in dreams.

Especially for those in the first throes of PTSD, cannabis treatments can be lifesaving. It isn’t uncommon to find those suffering from PTSD in medical marijuana dispensaries around the country, from Fayetteville, AR to Tacoma, WA. Almost every state permits medical access to those suffering from PTSD. Typically, taking advantage of medical marijuana programs is more cost effective than self-medicating with recreational products, which are subject to higher taxes and are often limited in their potency.

Why Caution Is Needed

Even PTSD sufferers need to be careful with how they use cannabis treatments. Unfortunately, studies on PTSD and cannabis also discovered an important limitation: Cannabis is only an effective treatment while cannabinoids remain in a PTSD patient’s system. As a result, sufferers may only gain relief from intrusive thoughts for a few hours at a time, forcing patients to make a difficult choice: intermittently suffer from PTSD symptoms or experience the effects of extended cannabis intoxication.

Cannabis treatment for PTSD is something that should be closely supervised by a mental health professional and used in conjunction with other forms of therapy, like exposure therapy, cognitive processing therapy, stress training and medications for anxiety, depression and the like. Over time, reliance on cannabis should wane, and PTSD sufferers should be able to overcome their trauma and return to regular life.

Veterans know too well the devastating effects of PTSD, and cannabis could be a viable solution to many sufferers. However, it is important that vets do not attempt to self-medicate and instead seek professional help for the sake of their long-term mental health.