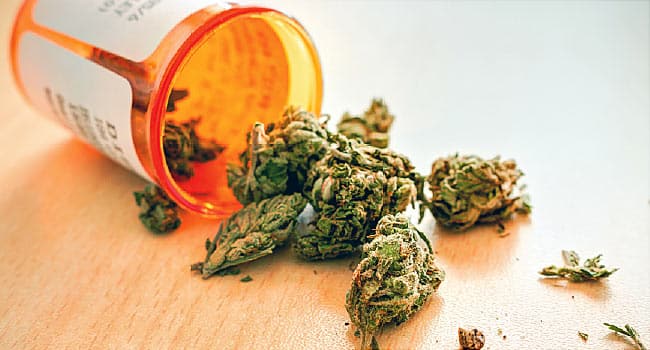 Have you noticed the recent popular marijuana train that everyone seems to be hopping onto these days? It would seem that many people are now turning to marijuana, yet it has in fact, always been a popular choice for many.

So why only recently have we seen a rise in its popularity? Although used and loved by many, it’s now that people are allowed to purchase marijuana/by-products legally without needing to consult a shady, backstreet dealer. No longer does marijuana need to be smoked from dirty water bongs, or plastic bottles; people can now buy from an online head shop which sell all manners of marijuana-related accessories and devices.

The herb has actually been used for medicinal purposes for thousands of years, with its origins in Asia, but it’s only now that research is catching up with what is and has been colloquially known amongst society.

Considering using medical cannabis yourself? Let’s take a look at why so many people are turning to the plant, and you can make the decision for yourself thereafter.

What does it treat?

First and foremost, the reason why many turn to medicinal cannabis in the first place is because it’s been tested, tried and proven to help treat various, serious medical conditions from epilepsy to Alzheimer’s, Chron’s disease, appetite loss and related disorders, Parkinson’s disease, Glaucoma, etc.

Let’s take a look at epilepsy for a moment, how does marijuana help those suffering from the condition? Epilepsy is brought on by an anomalous movement in the brain caused by abnormal electrical activity taking place in the same area. As a result, it causes seizures to occur – a common symptom of epilepsy.

Marijuana has been proven to have the ability to help control and regulate these seizures, so much so that there’s one FDA approved epileptic medication that’s available made from the cannabis plant called Epidiolex. It was formulated to treat people older than two years old, specifically children, suffering from Dravet syndrome and Lennox-Gastaut syndrome (LGS).

When looking at Alzheimer’s Disease, for example, it is believed that marijuana may help to alleviate some of the side-effects such as dementia. Alzheimer’s occurs when there’s a build-up of a collection of proteins (referred to as amyloids) in the brain.

Research studies have proven and shown that medical marijuana has the ability to help reduce this protein build-up in the brain, as well as reducing inflammation in the area. Ultimately, although marijuana won’t cure the disease, it’s believed it may help suppress some of the main side-effects it brings on.

However, more research is needed when it comes to medical marijuana as a whole but at least it’s easier now that marijuana has been largely legalized.

What other health benefits are associated with it?

Aside from the many medical conditions that medical cannabis has been known to help treat and aid with, there are indeed various health benefits that marijuana has associated with it – hence why many everyday people turn to cannabis.

Cannabis is known to help with the relief of chronic pain/inflammation, the rebuilding of bones, improving lung capacity, regulating and preventing diabetes, treating depression, the list goes on…

Past and ongoing research studies continually prove this, but it is to be noted that for cases where users simply need medical marijuana for its health benefits, it’s been demonstrated that regulated doses are required only, not excessive usage.

What are the methods of consumption?

Today you’ll find something to suit all preferences and indeed there are many ways to consume medical marijuana. These include:

Let’s explore a few of these. A vaporiser for example actually produces vapour instead of smoke that the user will inhale, which directly enters the bloodstream causing an instant effect. Today users can either buy dry herb, vape oil or cannabis extracts for your vape, depending on your personal preference.

Tinctures, on the other hand, are taken sublingually or added to a hot drink/smoothie and you only need to take one or two drops. They take a bit longer to feel the effects, usually 30 minutes to one hour and offer a discreet way of consuming medicinal cannabis.

Edibles are what the name states and are food and drink by-products that contain or have been infused with marijuana. You’ll find all sorts on the market from the common gummies to more adventurous infused honey sticks.

Are there side effects?

There are some side-effects but this is dependent if you are consuming CBD or THC.

When consuming THC, this can often lead to users experiencing its psychoactive effects which can leave you feeling anxious, afraid or panicked.

It’s important to note that THC is psychoactive whereas CBD is not.

Marijuana may change your perception of your senses, reduce motor control, or you can develop psychosis if used excessively and you’re suffering from underlying mental health conditions.

It’s strongly advised that medical marijuana should only be taken and consumed in small, controlled doses, in a comfortable environment. Users should never jump behind the wheel or operate heavy machinery for example after using medical cannabis, as your perceptions may be slightly varied.