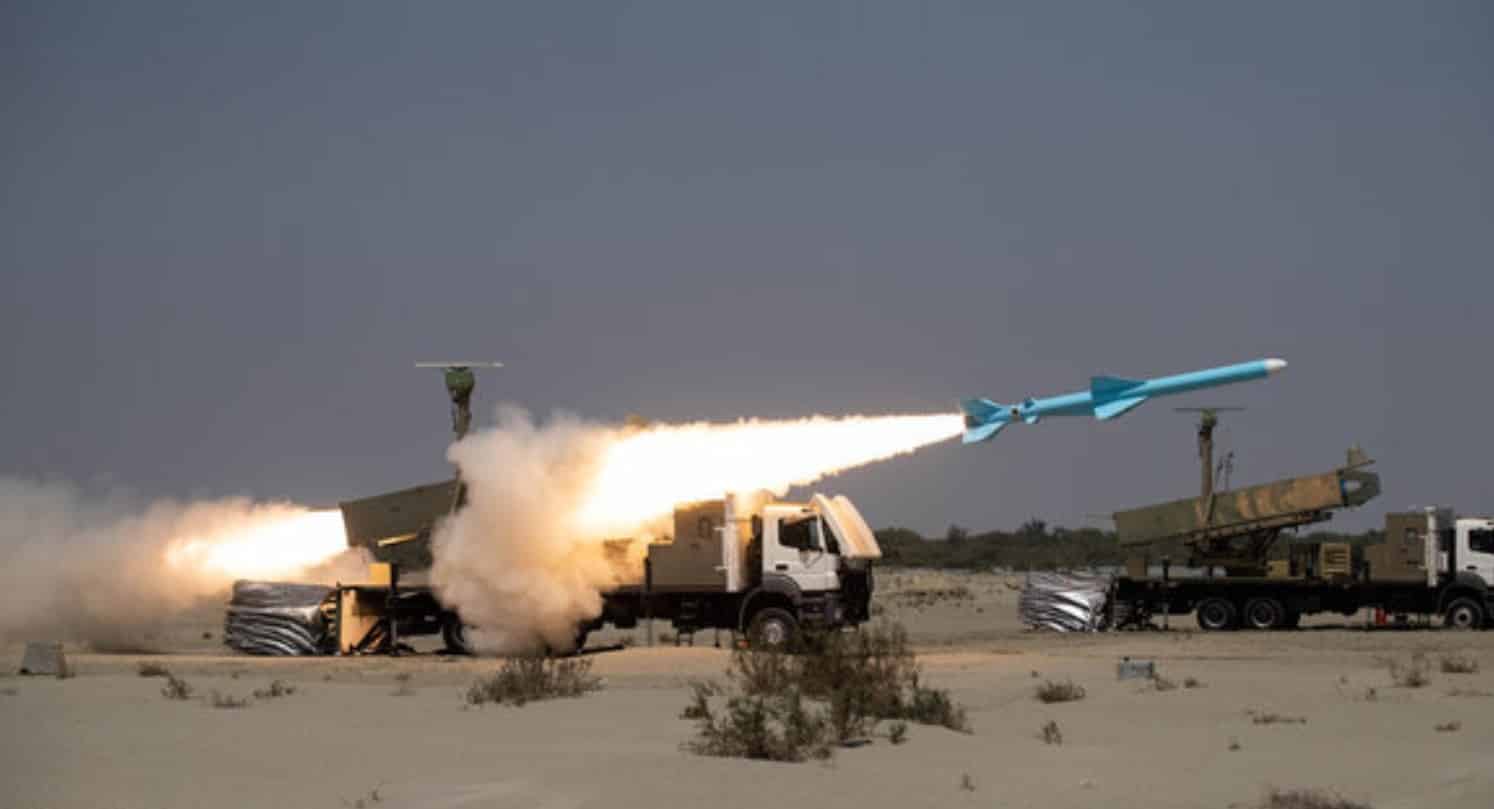 TEHRAN — The Iranian Army has successfully fired an anti-ship coast-to-sea cruise missile, dubbed “Qader”, at a mock enemy vessel over 200 kilometers from the coast.

It came during a three-day war game underway in southern Iranian waters.

The Army on Thursday and Friday held the first and second days of the large-scale military exercise, which included testing drones and firing cruise missiles.

The war game, dubbed Zolfaqar-99, kicked off under the command of the Army’s Zolfaqar base. It has been attended by the Ground Force, Navy, Air Force, and Air Defense.

The exercise covers an area of two million square kilometers in the eastern waters of the Strait of Hormuz, Makran coast, the Sea of Oman and North India Ocean up to 10 degrees north.

On Thursday, F-27 and P3F aircraft as well as reconnaissance drones conducted naval patrols to monitor the drills.

Iran’s F-4 fighter-bombers conducted long-range flights from their bases to attend the war game. They destroyed surface targets using optimized precision strike missiles. The F-4 Phantoms stroke at mobile targets at sea and bombed their designated targets on the coast.

Navy commandos and marines carried out a complex operation on the Makran coast, making use of vessels, aircraft and amphibious personnel carriers backed up by bombers.

The coastline was also heavily bombed by fighter jets, destroyers and missile-launching boats.

Another anti-ship cruise missile, dubbed “Nasr”, was fired from Iran’s Najm missile boat to hit designated target in the southern waters of Iran.

Rear Admiral Habibollah Sayyari, who is the commander of the Zolfaqar-99 exercise, said on Wednesday that the drills will showcase the Army’s power and preparedness to counter any threat by the enemy.

Sayyari warned Iran’s enemies that any strategic mistake would lead to a strong response by Iran that won’t be limited to West Asia.

“Boosting preparedness and operational power of the Navy, Air Defense and Ground Force during the joint drills and countering any trans-regional threat through exercising operational plans and making sure of their capabilities in decisively countering any possible aggression are among the goals of the drills,” he added.

The Army forces will practice offense and defense tactics in the drill, Sayyari said.

The commander said the purpose of the exercise is to ensure the security of regional waters and international shipping routes.

Security in West Asia and its vital and strategic waterways should be established through the cooperation of all regional countries and prevention of foreign presence in regional waters, he remarked.