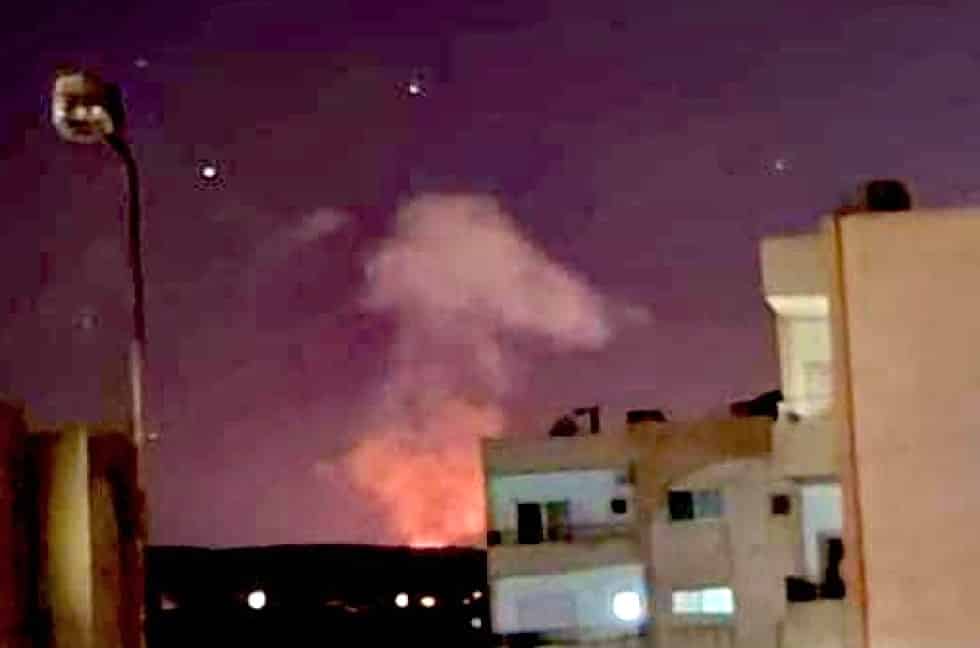 A dangerous provocation. The air attack conducted by the Israeli Defense Forces against Damascus, the capital of Syria, cannot be interpreted in any other way. It occurred a few hours after Iran had warned Tel Aviv not to cross the “red line” by continuing with the surgical bombing of the posts of the Quds Forces, the elite unit of the Iranian Pasdaran that helped the government of Bashar Al Assad to defeat ISIS.

The missiles rained down on some peripheral areas of Damascus as reported by Sputnik International citing the Syrian national Arab agency. There is still no information on damage and casualties, but Israel’s perverse strategy of continuing to provoke Syria and Iran in an attempt to raise the level of clashes by building on its superiority in terms of weapons (especially nuclear) and support from the USA and the Periscian Gulf countries under the Abrahamic Agreement.

Even in the last Christmas Day, as happened since many years, IDF aircraft attaked Syria. Earlier in February, the southern Syrian province of Quneitra was reported to have been targeted in an Israeli attack, sustaining material damageas the country’s air defense systems repelled the airstrike.

In addition to the Israeli threat, the Syrians face every day the ferocity of jihadist mercenaries, many of them former ISIS fighters and terrorist groups close to Al Qaeda, enlisted by Turkey in its repeated invasions of Rojava, North East Syria. Particularly serious, as reported in a previous report, are the war crimes committed in the district of Afrin completely controlled by the Ankara army.

In two international lawsuit (in US an UK) emerged that terroristic groups in Syria was funded through banks of Qatar, ally of Turkey in reason of powerful Muslim Brotherhood.

According to Syrian state-run media, the country suffers from regular aerial bombing conducted by Israel. Tel Aviv does not comment on these airstrikes, while high-ranking Israeli officials have claimed that they carry out many military operations in Syria aimed at paramilitary groups that are, as Israel claims, backed by Iran.

Syrian air defense systems intercepted “Israeli aggression” over the country’s capital of Damascus early in the morning on Monday, according to Syrian state outlet SANA.

“Today, at 01:18 [23:18 GMT on Sunday] the Israeli enemy launched a missile strike from the occupied Syrian Golan Heights and Galilee [in northern Israel] on a number of targets on the outskirts of Damascus, and air defense systems repelled the aggression and shot down most of the enemy missiles,” a military source told SANA.The missiles were claimed to have been launched from Golan Heights and targeted a number of objects in the vicinity of Damascus. Most of the missiles were said to have been downed by Syrian defense systems.

Israeli WarCrimes in Syria since 2018: Zionists have Murdered 509 Combatants and Civils in 79 Attacks

Initial SANA reports suggested that strong explosions were heard in the western suburbs of Damascus.

The media gave no further details on casualties or damage in the latest attack.

During recent months, Israel has reportedly been attacking Syrian southern border territories alongside Damascus suburbs, where Iranian-backed troops are said to be deployed. Tel Aviv has not officially taken responsibility for the airstrikes.