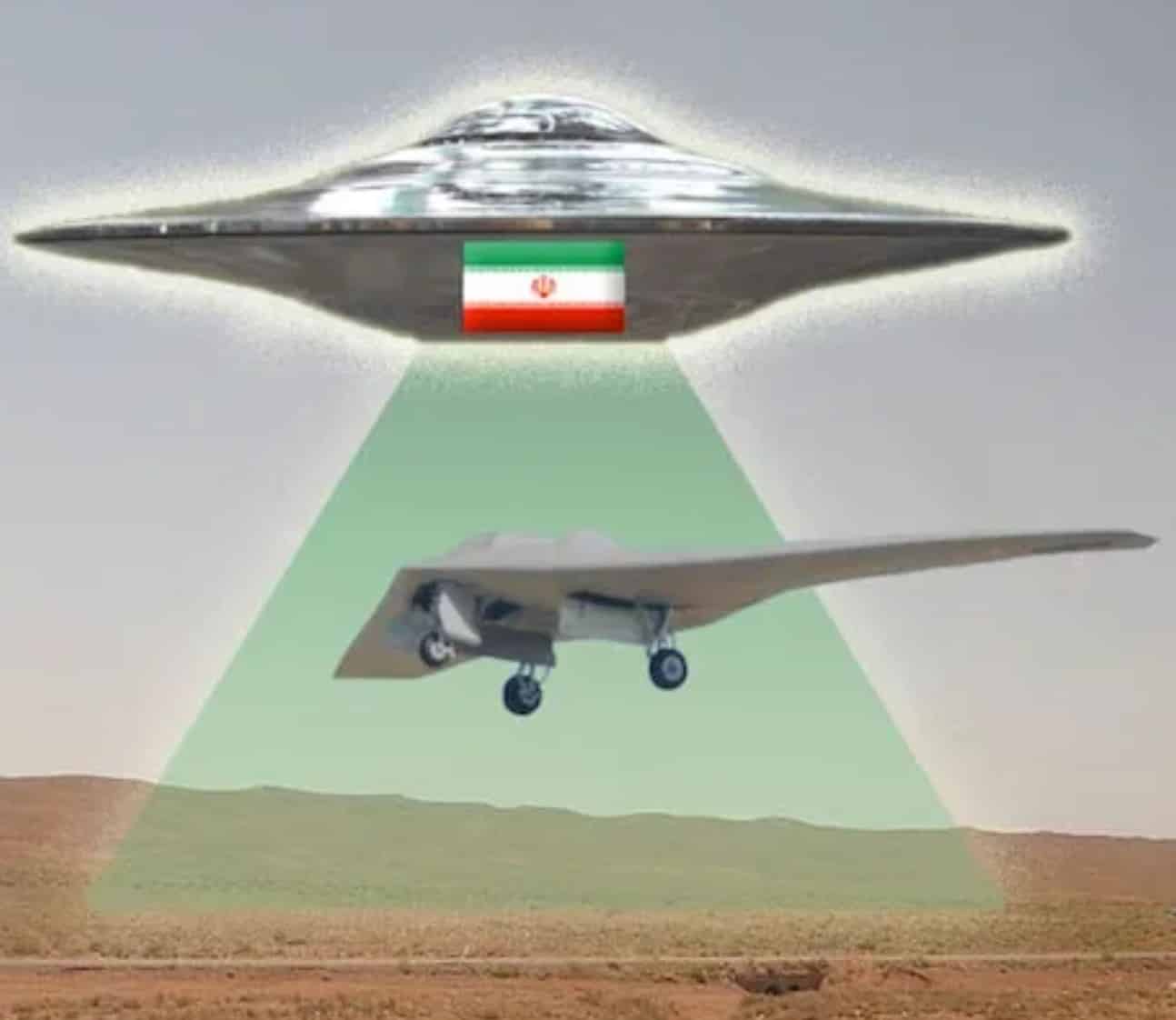 VT: In 2012, we reported that Iran had seized an advanced US drone, an RQ170, nearly a decade ago.  Nine years later, the government of Iran has confirmed that it used UFO technology supplied by Mehran Keshe to not only seize the drone but the same technology was used in the Black Sea against the USS Donald Cook.

Unbelievable good news Promising for the honorable nation and the hero of Iran that will never become obsolete. Read carefully and be happy.  Link below in Farsi:

Confirmation from the Iranian Government

Tehran: Advanced plasma physics or weapons; This is also the grace of God. Soon everyone will be surprised. Remember that only Iran has this knowledge. Plasma science is one of the secret weapons that the children of Islamic Iran have acquired in the armed forces and it is hard for many to believe. 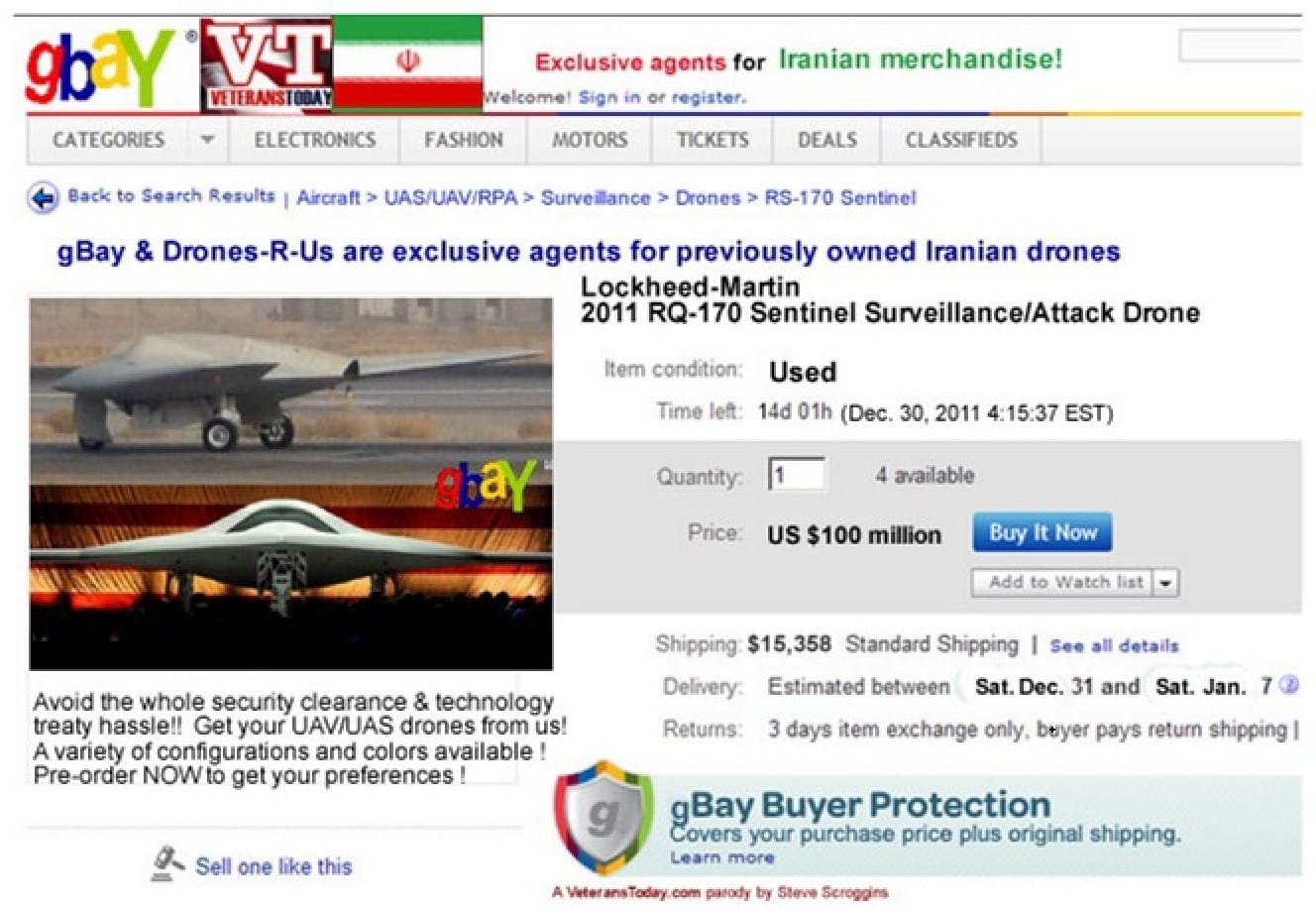 Some may make fun of it, but it happened and thank God thousands of times, that we are the first country in the world to achieve this knowledge, Several big countries have been looking for this science for more than 60 years, but they did not succeed.

This science was invited to Iran in 2008 by Mr. Keshe, an Iranian living in Europe, and Iranian scientists successfully achieved this science. Mr. Keshe has a foundation called the Kesheh Foundation, which is a great scientist and tries to help the whole world in plasma sciences, and his articles and books have been published in several languages ​​of the world, but many ridicule him and do not accept him.

Plasma is a type of energy that, if achieved by any country, is faster than light, You may have heard the name of the spaceship or UFO. Or have you heard of extraterrestrials? You may have heard or seen a luminous object in the sky of a city.

It is a kind of plasma energy that travels at super-light speeds, going to the moon in much less than a minute, you may still find it hard to believe how developed countries like the United States, Russia, China, India, Britain, France and so on.

Despite all these possibilities, Iran has not achieved anything with it, not everyone who has acquired a technology must be one of the scientists of these advanced countries. The Prophet says: If science is in Soraya, men from Persia will achieve it. It is unlikely that any country will want to unveil its latest achievements.

The same planet orbits the sun in 365 days without feeling it, which is called the solar year. The speed of the earth is so high that man does not touch it at all, while at a high speed. Himself It spins and happens day and night.

Scientists have learned that when a piece of rock or gravel is placed under a microscope, the rock and gravel rotate inside it. When you cut a magnet into a thousand pieces, they each iron it. Magnets are also called two poles that attract each other and the other two poles repel each other. The Earth has both the same conditions and gravity, and the halo around the Earth repels objects from outside the Earth, preventing meteorites from landing, and so on.

The spacecraft or UFO is simulated on a small scale like the Earth, and around this UFO or spaceship they generate the same controlled energy that can leave the Earth’s atmosphere at a speed above light and reach another sphere. When this UFO is made by humans, it can be controlled, but it cannot be seen with today’s radars and it cannot be hit with any weapon.

Think, if you want to hit the sun or light it, nothing will happen, but if the solar energy is controlled Throw it in one place and that place will melt and be destroyed. In less than a tenth of a second, you can destroy the entire electrical system and technology of a ship or a hundred large ships at the same time in one hundred places on Earth without harming the people living in it.

It’s like people are floating on a board and can do nothing. For more information, go to YouTube and listen to the interview of Mr. Rahimi and Omid Dana. The US Army also landed the ARQ-170 drone safely with plasma physics. Sardar Salami and Sardar Hajizadeh mentioned indirectly that they had advanced facilities several times, and Sardar Hajizadeh repeatedly told the negotiating team, “You negotiate strongly and do not retreat from the country’s positions.

Friends, the IRGC has achieved a great achievement in plasma physics and you will hear good news about it in the near future. Some people may not understand this great achievement or make it seem worthless, and it may even be hard for them to believe, but thank God Islamic Iran was able to do this.

Take possession of science. Good time and have a nice day On the twenty-second day of the eleventh month of 1399, that is, the twenty-second of Bahman, the anniversary of the glorious victory of the oppressed over the arrogant ones sold to the West, the East and the world-eating America, may the people of Iran and all the lovers of the Islamic Republic be blessed.

Wishing you a Wednesday with well-being and health, Peace, hope and stability, we are a patriotic and noble nation with an ancient history and problematic authority at the most difficult time with the most sanctions to be recorded in the Guinness Book of World Records with national solidarity and unity in support of the general policies of the Islamic Republic of Iran We will defeat all the plans of global arrogance and anti-people and government hypocrites, and the victors of this field will be jihad, martyrdom and perseverance of the people and the government of the Islamic Republic of Iran.

Censored/Suppressed: How Iran Beat America and Controls Our Drones