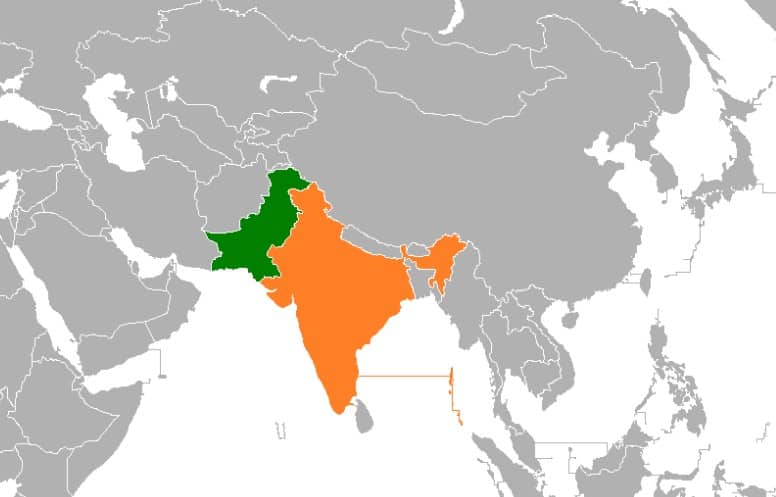 In the cyber-age, online information has converted our planet into a global village. By bringing the political battles into our bedrooms, social media has made it much difficult for politicians to speak lies and to hide information.

In its report, titled “Indian Chronicles”, the EU DisinfoLab, published on December 9, last year, exposed an Indian disinformation network, operating since 2005 to discredit nations, particularly Pakistan. It aims to reinforce pro-Indian and anti-Pakistan and anti-Chinese feelings.

Media reports on January 16, this year, pointed out more revelations of the EU DisinfoLab which disclosed the leaked WhatsApp chats between an anchorperson of Indian Channel Republic TV Arnab Goswami and Partho Dasgupta, the former CEO of the Broadcast Audience Research Council, exposing the sinister designs, devised by the Indian Prime Minister Narendra Modi’s government to blame Pakistan for the false flag Pulwama attack, followed by a failed air strike on Balakot in 2019, while Goswami was aware of the Indian plans well in advance.

In this regard, another Indian conspiracy against Pakistan exposed—particularly against Gilgit-Baltistan (GB), when on various social media platforms on February 1, this year, a youth from that region Mehdi Shah Rizvi, son of late Syed Haider Shah Rizvi, admitted that how he was being used for the anti-Pakistan rhetoric by the Indian proxies and like-minded groups from abroad to create dissent amongst the locals.

He elaborated that his father was also a sub-nationalist and worked for his handlers from abroad to achieve their desired objectives under the close patronage and linkage with the Indian intelligence outfit RAW—international forums, operating under the cover of accredited NGOs working with the United Nations misled his father and forced him to make anti-Pakistan statements.

He said that the same forums have been busted by the report of EU DisInfoLab which uncovered a network of over 750 fake media outlets, spread in 116 countries. The Indian Chronicles is part of India’s fifth generation warfare against Pakistan.

He confessed that it was just for the sake of money—his father was “misused” by the “mafias” into treading the anti-Pakistan path—after the death of his father, he also treaded on his path.

He indicated that he was incited against Pakistani state, army and other national institutions—Amjad Ayub assured financial and Indian support and urged him to protest outside Pakistani embassy in Italy—all of his videos against the army and state institutions were scripted—during a human rights session at the United Nations, he was given a script to speak out against Pakistan army.

Mehdi Shah further added that Indian proxies promised him representation in the United Nations and a meeting with Indian Prime Minister Narendra Modi.

Concluding his statement, he disclosed: “After joining Balawaristan National Front (BNF) and Baltistan Students Federation (BSF) we were incited to speak up against state institutions…all the so-called nationalists in Gilgit-Baltistan and Kashmir have their vested interests and no one cares about the people. They all take funding from RAW and mislead youth.”

In fact, India had already started the undeclared war against Pakistan, which has been accelerated after the leader of the ruling party BJP Modi became Indian prime minister. This war includes all the tactics of psychological warfare, propaganda and secret operations against Pakistan.

Especially, RAW has played a key role in the Northern Areas in organising a number of nationalist groups such as Gilgit-Baltistan Democratic Alliance (GBDA), Gilgit-Baltistan United Movement (GBUM) etc.—and BNF which has been playing a leading role, claiming that Chitral, Kohistan, Khunjrab and Skardu including Ladakh are inseparable parts of Gilgit-Baltistan, known as an Independent Balawaristan. BNF is also organising students so as to instigate the sentiments of separatism.

In this context, Indian conspiracy could be witnessed from the self-contradictory statement of BNF leader Abdul Hameed Khan. In his exclusive interview with Indian Hindu Sitah (india.indymedia.org), he advocated total independence of Gilgit-Baltistan, but emphasised integration with India.

Notably, India was openly opposing the China-Pakistan Economic Corridor (CPEC) which is part of China’s OBOR or BRI; the US also joined New Delhi. In this context, on October 3, 2017, the then US Defence Secretary James Mattis told the Lawmakers, “The United States has reiterated its support for India’s opposition to China’s One Belt, One Road initiative…the China-Pakistan Economic Corridor (CPEC) a part of which traverses Pakistan-Kashmir.”

Similarly, a statement from the Chinese foreign ministry also dismissed Mattis’ statement, saying that the OBOR plan was backed by the United Nations and that CPEC was an economic cooperation initiative.

The reality is that the establishment of CPEC between deep Gwadar seaport of Balochistan and the historic Silk Road city in western regions-Xinjiang of China will connect Gilgit-Baltistan through Khunjerab Pass, while the roads infrastructure in Gwadar would link the communication network of rest of the country to facilitate transportation of goods.

When Gwadar seaport becomes fully operational, it would connect the landlocked Central Asian states with rest of the world. The project will uplift the impoverished people of Balochistan and Gilgit-Baltistan by providing thousands of employment opportunities by redressing their grievances. The resulting prosperity, especially in these regions would damp the separatist sentiments of the people, which the hostile elements, supported by the US, India and Israeli do not want.

In the connection, during his visit to the area on November 1, 2020, Prime Minister Imran Khan granted the provisional-provincial status to Gilgit-Baltistan.

The Planning Commission on October 5, last year said in a statement that a function in Gilgit-Baltistan “for the first time, deliberated upon the five-year plan developed for various sectors by the Commission in collaboration with the government of GB”—the GB development budget was increased from Rs2.5 billion to Rs10bn, which showed the commitment of the federal government for the development of GB.

While native people of Gilgit-Baltistan are very loyal to Pakistan. At the time of partition, they bravely fought against overwhelming Indian forces and got the region freed from Britain-backed Indian Army.

Nevertheless, Indian conspiracy against Gilgit-Baltistan has been confirmed by the revelations of Mehdi Shah Rizvi.