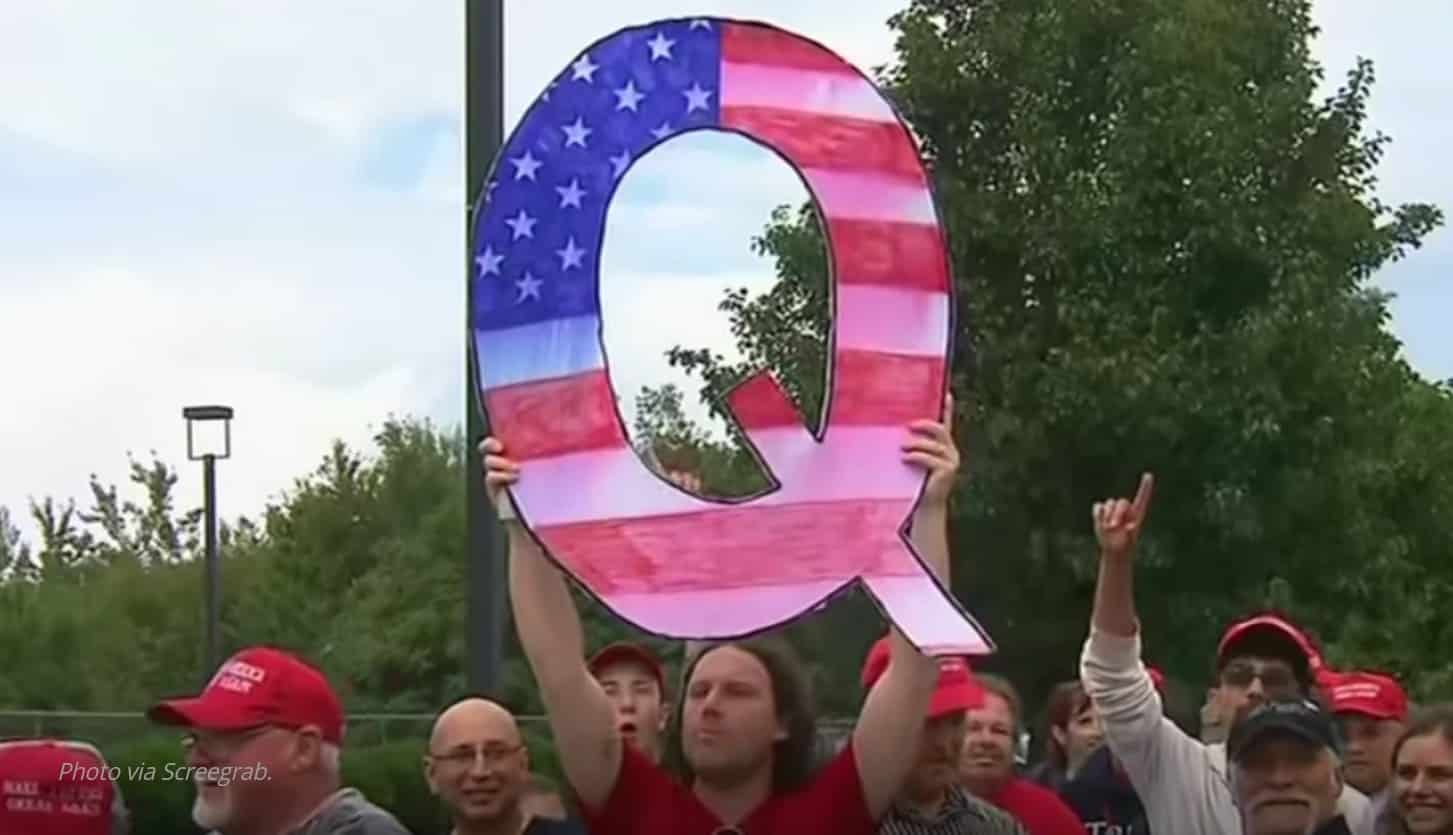 Ben Gibson, a failed Republican congressional candidate who shared QAnon content on social media, was arrested in December on four counts of child pornography. A few months earlier, Joshua Jennings was arrested on first-degree murder charges for allegedly killing his girlfriend’s 10-month-old daughter. Investigators found that Jennings had plastered the QAnon associated #savethechildren hashtag all over his Facebook wall, interspersed with rants about killing pedophiles.

The central tenet of QAnon is that a cabal of Satan-worshipping pedophiles controls all major institutions that must be cleansed by Donald J. Trump in a wave of purifying violence. Given that, it’s odd that the faithful are so tolerant of child sexual exploitation in Trumpland itself. Trump used to party with billionaire child sex criminal Jeffery Epstein, and in 2002 described the financier as “a terrific guy,” adding: “It is even said that he likes beautiful women as much as I do, and many of them are on the younger side.” George Nader, high-ranking diplomatic advisor to Donald Trump and QAnon favorite General Mike Flynn, is serving 10 years in prison for child pornography and trafficking a minor for sex. Ruben Verastigui, a senior digital strategist for the Trump campaign, was arrested in early February on federal child pornography charges. Trump’s 2016 Oklahoma campaign chair and a Trump delegate from Kentucky are currently doing time for child trafficking.

4chan, a loosely moderated, anonymous imageboard dedicated to pushing the limits of free speech, will inevitably attract more than its share of unsavory characters.