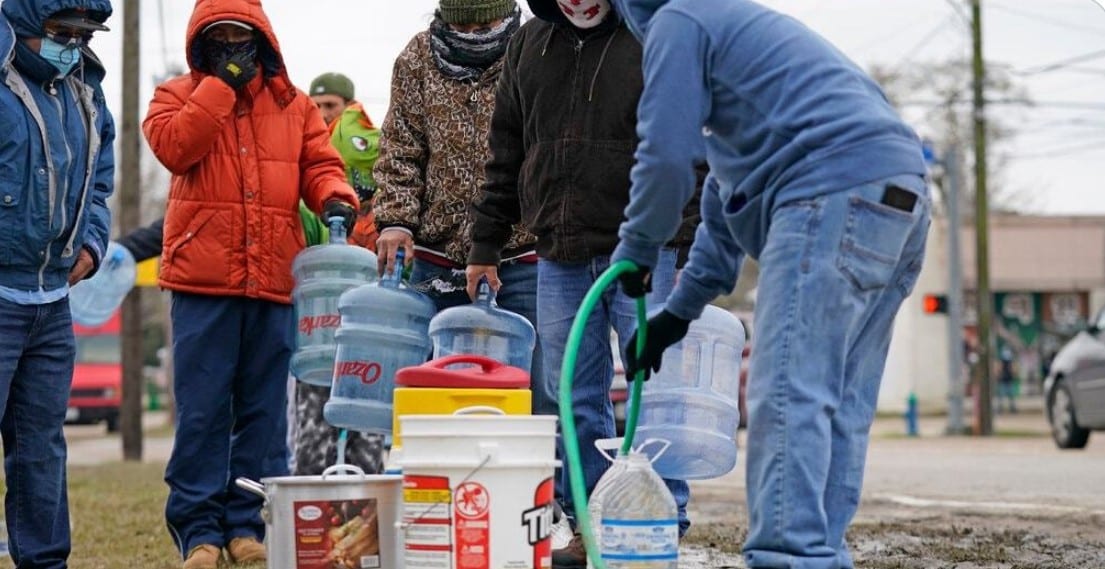 Raw Story: Texas Republican Senator Ted Cruz and right wing extremists Erick Erickson, Dinesh D’Souza, Ben Shapiro, and Donald Trump, Jr., all thought there was nothing a sitting U.S. Senator could do for the millions of people freezing and starving in the Lone Star State.

Our first effort is a partnership w/ 5 Texas orgs getting on-the-ground relief to Texans ASAP.

If you’re able, please donate here – it’ll split your contribution to all 5.

After massive internet outrage – outrage that was called “cancel culture” today in a rant from Trump Jr. – Senator Cruz hightailed it back to America from his Cancun crash pad at the Ritz Carlton, put out a statement lying about the origins of his Mexico excursion, literally lied some more, and came home to a his Houston home that was empty except for his dog Snowflake and his security guard hanging out in his car in the driveway.

While the Texas Senator was doing all this, a Congresswoman from New York City went to work for his constituents, because someone had to.

The Senator from Texas saw a crisis and escaped to the Ritz Carlton in Cancun.

Meanwhile, a congresswoman from New York – whom that TX Senator regularly uses as a punching bag – just raised a million dollars for Texans.

One party works for you. The other works for themselves.

Rep. Alexandria Ocasio-Cortez raised $1 million for the people of Texas. All of it will be distributed to five Texas charities.

AOC just delivered an amazing lesson in the power of people, in leadership, in creativity, and in government.