[ Editor’s Note: Mark Pomerantz is famous for his prosecution of mob boss John Gotti on racketeering in 1988. He took leave earlier this month of his prestigious law firm that defends such people to assist Cy Vance in his long running New York criminal investigation of the Trump family businesses.

This may well be an indication that Vance may be getting ready to file charges and is wanting Pomerantz to review the file for any polishing up and strategy suggestions before proceeding to trial.

Reuters has reported that Pomerantz has already interviewed Michael Cohen, the mother load of all things Trump, another indication that Vance is close to the end of his investigation.

“I think Cohen may be more valuable than people are giving him credit for,” former Vance deputy Daniel Alonso told Reuters, which reported Pomerantz’s Thursday interview with the ex-Trump attorney.

What effect this might have on the potential federal criminal investigations with the new Biden Department of Justice is too early to tell, although it would see reasonable that it would focus on the more recent election fraud and Capitol insurrection which is already in progress.

While Georgia has the first pending State election corruption case, expect to see others follow suit, but proceeding carefully so as not to make a martyr of Trump for his followers. This could go on for years… Jim W. Dean ] 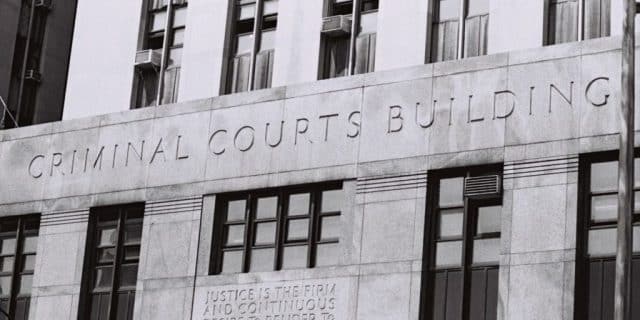 Manhattan’s district attorney has hired a top prosecutor who specializes in white-collar and organized crime to join its investigation into Donald Trump and his businesses.

…Pomerantz has joined the team assembled by District Attorney Cyrus Vance to investigate whether the Trump Organization committed insurance and tax fraud, and falsified records.

…Pomerantz has several decades of experience as a trial lawyer and litigator, having led the criminal division of the US Attorney’s Office for the Southern District of New York between 1997 and 1999.

During his time in the job he oversaw the prosecution of several organized-crime cases, including that of John A. Gotti, the son of the Gambino crime family boss John J. Gotti, on racketeering charges. According to The Times, Pomerantz was involved in the 1988 case which established the legal definition of racketeering, which has been used to prosecute organized-crime figures.