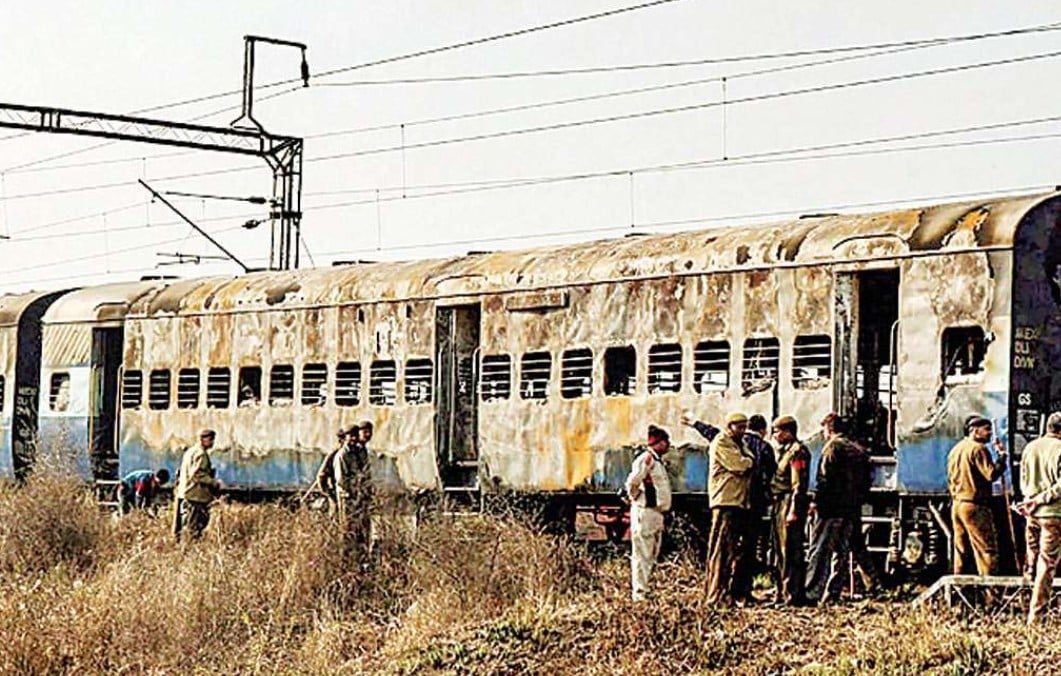 On the midnight of 18-19 February 2007, India-Pakistan Samjhauta Express train was bombed in which 68 people were killed, including at least 42 Pakistanis who were among the victims of the Hindu terrorist attack.

A Hindu extremist Sadhu Aseemanand Swami, alias Naba Kumar Das, a leader of Rashtriya Swayamsevak Sangh (RSS) had confessed that he was involved in several bombings incidents. He also claimed to have been a part of the Samjhauta Express blast.

In fact, ideology of Hindutva (Hindu nationalism) prevails in every field at the cost of other minority groups. It is even supported by Indian defense forces secretly. This could be judged from the incident, when on April 6, 2008 in the house of Bajrang Dal fundamentalists in Nanded, a bomb went off. The investigation proved that these militants were found in the bomb-making and attack on a mosque in Parbhani in 2003. Maharashtra’s Anti-Terrorism Squad (ATS)  arrested a serving Lt. Col. Srikant Purohit along with other army officials, indicating that they were helping in training the Hindu terrorists, providing them with the military-grade explosive RDX, used in the Malegaon bombings and terrorist attacks in other Indian cities. ATS further disclosed that Lt. Col. Purohit confessed that in 2007, he was involved in bombing of the Samjhauta express.

India’s National Investigation Agency (NIA) was convinced that Swami Aseemanand, a Hindu right-wing leader was directly involved in the Samjhauta Express blast. Sources in NIA further pointed out that besides Lt. Col. Purohit, other Indian army officials were also behind that train-bombing. In this regard, a court in Panchkula, Haryana had recorded Aseemanand’s statement which confirmed the NIA inquiry.

His earlier admission was recorded in the Mecca Masjid case, which was being probed by the Central Bureau of Investigation (CBI). Aseemanand stuck to his confession that Hindutva radicals were behind the bomb attack on the Samjhauta Express—namely Ramji Kaisangra, Sandeep Dange, Amit and Sunil Joshi as the key plotters in that terror attack.

In the Samjhauta Express case, the probe team had found that the bomb used in the train was kept in a suitcase which was bought from a shop of Indore’s Kothari Market. The suitcase had cloth covers stitched by an Indian local tailor.

Notably, Dr. J C Batra, who is a senior advocate at the Supreme Court of India, was asked to give opinion on Aseemanand’s admission. He appeared very defensive and as usual accused Pakistan’s primary intelligence agency ISI. He further said that Swami’s statement did not have much legal value as circumstantial evidence is also needed, while adding that RSS was being wrongly implicated. In this respect, a Pakistani parliamentarian, who was accompanying him, later stated that Mr. J C Batra who was under pressure, told that the Indian Army was involved in this case and there “are efforts to shield it from getting exposed.”

Notably, in various tapes, LT. Col Purohit said, “We are all on the same plane, Hindu Rashtra” (Nation). He even claimed that Gen. J J Singh is “with us”. (Former Army Chief). Significantly, Purohit mentioned that “one of our own captain had visited Israel”, and demanded “continuous supply of arms, training, an office with a saffron flag in Tel Aviv. The Israelis, he added, gave “a very positive response.”

In this connection, exposing the nexus between BJP and RSS, the then Indian Home Minister Sushil Kumar Shinde revealed on January 20, 2013 that organized training camps run by the fundamentalist parties, RSS and BJP were promoting Hindu Terrorism. He also elaborated that these extremist parties were behind the Samjhauta Express, Mecca Masjid and Malegaon blasts. He added, “We will have to think about it (Saffron terrorism) seriously…Hindu extremist parties BJP and RSS were involved many times in Hindu Muslim violence in India, especially Gujarat and Babri masjid incident.”

The then India’s External Affairs Minister Salman Khurshid endorsed Shinde’s statement, stating that it was based on facts.

While, India has always accused ISI of these terrorist assaults, but it is quite silent over Hindutva-terror which has obtained a new face, under the Indian fanatic Prime Minister Narendra Modi, as Indian RAW, country’s high officials and fundamentalist parties have co-relationship.

Despite the admission of Swami Aseemanand, instead of taking action against the culprits of the Samjhauta Express bombing, the Punjab and Haryana High Court of India had accepted the bail of Swami Aseemanand after the covert interference of the Modi-led authorities who changed the investigations in this respect in order to weaken the case.

In this context, Pakistan’s Foreign Office spokesperson Dr. Mohammad Faisa and a Foreign statement had condemned the ruling of the court by remarking: “The acquittal of the four accused, including Swami Aseemanand makes a travesty of justice…exposes the sham credibility of Indian Courts…it also belies the rampant Indian hypocrisy where India reflexively levels allegations of terrorism against Pakistan, while protecting with impunity terrorists who had publicly confessed to their odious crimes.”