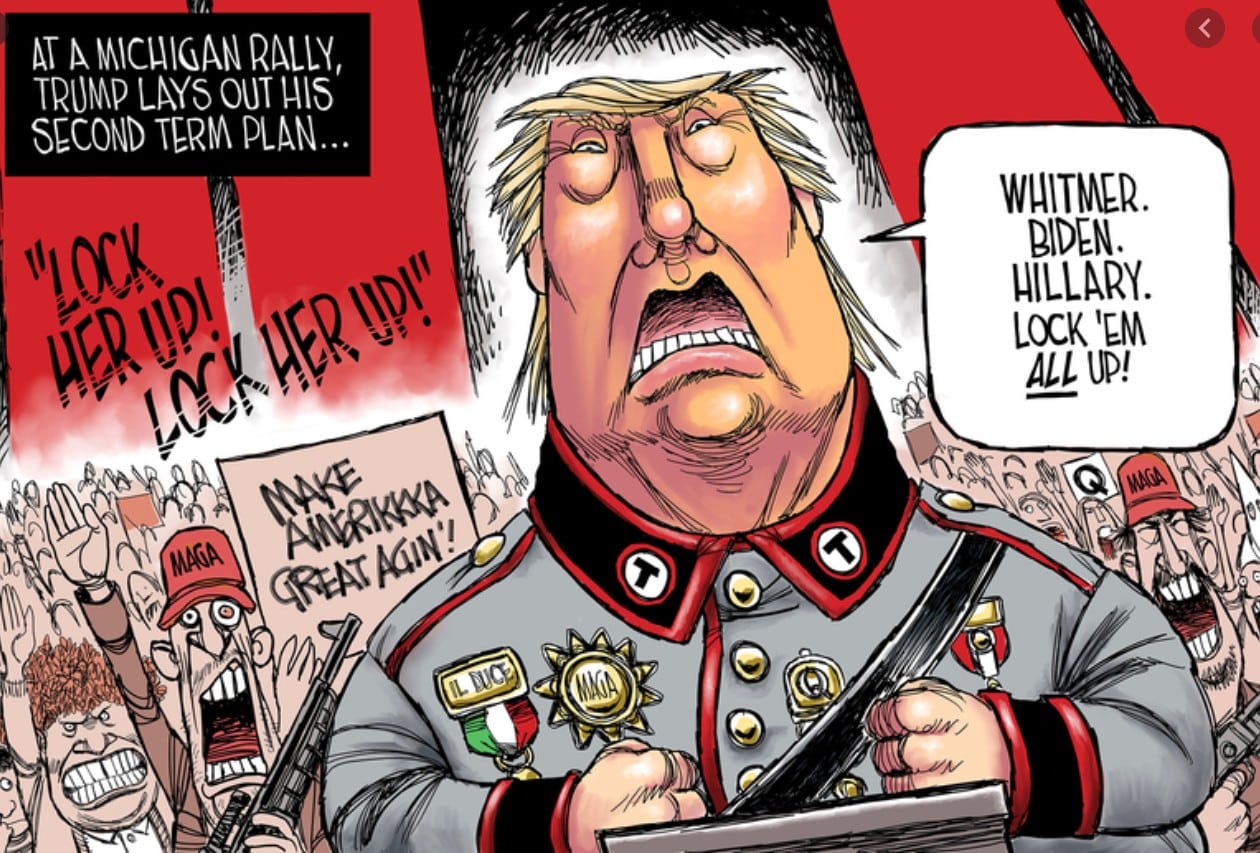 Salon: It started with a ride down an escalator in 2015, and escalated rapidly. From the first cries of “rapists” invading our country to dog whistles like “Stand back, stand by,” Donald Trump’s dangerous delusions of power and control brought this country to the brink of collapse, and everyone who allowed that to happen is an enabler and a collaborator.

Escaping the "Mussolini moment": Trump's enablers and the banality of evil https://t.co/vOL3ipTqyW

From White House cronies and sycophants who shared in Trump’s power fantasies and deep contempt for large swaths of Americans, to his equally evil children and Republicans in the Senate led by Mitch McConnell, to America’s attorney general, to the doctors at Walter Reed who agreed to lie for the president and to sign non-disclosure agreements, thereby violating their Hippocratic oath, to the ICE bullies who separated infants and children from their parents and incarcerated them in cold, filthy camps, to the former heads of the CDC and FDA who caved after White House pressure, to irresponsible media moguls, they are all responsible for the terrifying threat of autocracy we faced, and the increase in violence that culminated at the U.S. Capitol on Jan. 6.