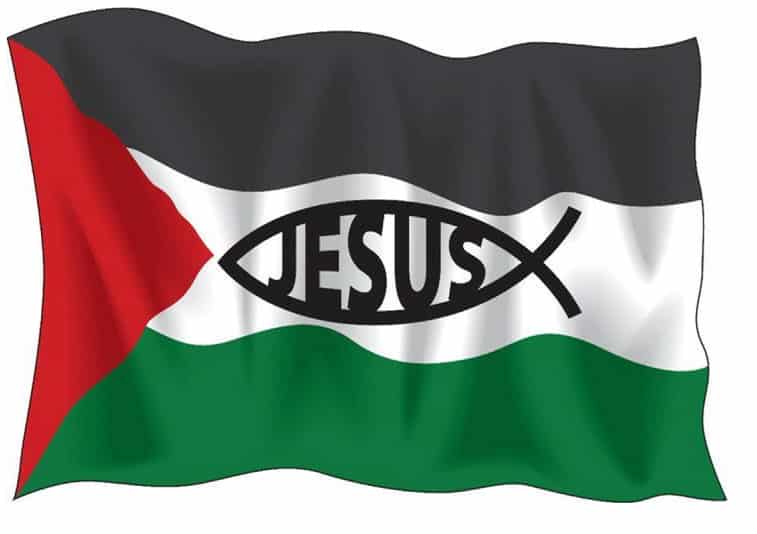 America is suffering a series of disasters of Biblical proportions. Political chaos reigns, and possible civil war looms, in the wake of the January 6 Capitol insurrection. Half a million Americans have died of COVID—the worst death toll in the world. In Texas, America’s biggest hotbed of Christian Zionism, millions of people have been left without electricity and drinking water after the Polar Vortex hammered the Lone Star State. Hurricanes, wildfires, tornados…the list seems endless, and it’s getting worse.

Is God angry with the USA? That’s what Christian Zionist preachers love to tell us. After 9/11, Jerry Falwell said God had blasted New York and Washington because He was angry with abortionists, feminists, and homosexuals. Mr. Falwell has also insisted that America had better keep ponying up trillions of dollars in tribute to Israel or God might really smite us: “To stand against Israel is to stand against God. We believe that history and scripture prove that God deals with nations in relation to how they deal with Israel.”

But wait! The US government just handed Israel Jerusalem on a silver platter! It just defied the international community and blessed Israel’s occupation of the West Bank and Golan Heights! It just launched an undeclared war on Iran for Israel, trashing the JCPOA and murdering Gen. Soleimani! Never before in history has there been such an extremist pro-Israel government in Washington, or in any Western capital. (Biden is in essence continuing all of Trump’s ultra-extremist pro-Israel policies, after appointing nearly an entire cabinet of pro-Israel Jews.)

God’s response to America’s rabid pro-Israel turn has been to dump a worsening series of disasters on our heads. Paging Jerry Falwell! Please answer your phone and tell us what’s going on!

Since I can’t seem to get through to Jerry—I understand he’s at a Motel 6 watching his wife take on the local high school football team—I’ll offer my own theological opinion instead: Namely, that Jerry Falwell has it backwards. Here is what he should have said:

“To stand against Palestine is to stand against God. We believe that history and scripture prove that God deals with nations in relation to how they deal with the Palestinians, who are Jesus’s family.”

That’s right: Sick, demonically-possessed “Christian” Zionists like Falwell have been cheering on the genocide of Jesus’s family. The Palestinians are the descendants of Jesus’s people. They are being exterminated by invaders—Sabbatean-Frankist satanists and atheists from across the seas.

The first Christians were Palestinians. Born to the Jewish religion, they became followers of Christ, many by way of Jesus’s brother James—who, along with Jesus’s other brothers Joseph, Judas, and Simon, as well as a number of sisters, undoubtedly passed down genes that are shared by today’s Palestinians.

Though most Palestinians two thousand years ago were of the Jewish faith, the vast majority gradually converted to Christianity and Islam, both of which recognize Jesus as the true Messiah. The Palestinians today are Jesus’s people.

Today’s Jews have virtually nothing whatsoever in common with the Palestinians of Jewish faith of 2000 years ago.  Jews today are mostly of Eastern European descent. The Jewish faith spread throughout Eastern Europe partly through the conversion of the Khazars in the 8th century. But the main factor driving conversion to Judaism has always been the extensive trade networks linking urban Jewish communities.

There was never any “exile following the destruction of the Temple.” Schlomo Sand summarizes the available evidence and concludes that the Palestinians, formerly of Jewish faith, gradually converted to Christianity and Islam, while the Jewish diaspora emerged from trade networks. There is no evidence of any mass migration of Jews out of Palestine following the destruction of the Temple in 70 a.d.  Moroccan Jews are Moroccans. Iraqi Jews are Iraqis. Russian Jews are Russians. Polish Jews are Poles. Spanish Jews are Spaniards. Ethiopian Jews are Ethiopians. Dutch Jews are Dutch. And Palestinians, whether Muslims, Christians, or (occasionally) Jews, are Palestinians. Anyone with eyes can see it. But somehow the myth of a “Jewish people exiled from Palestine” has taken hold—and driven the genocidal “return” that is crucifying Jesus’s family in Palestine.

The United States of America has long been supporting the crucifixion of Jesus’s Palestinian family—and getting hit with major disasters. But it wasn’t until Trump tore up the international consensus and offered full, rabid US support for Greater Satanic Israel, a policy continued by Biden, that God really started smacking us. Unless the US radically reverses course and throws its weight behind Jesus’s crucified family—the Palestinians—disaster will follow ever-worsening disaster, until the former USA finally goes up in flames.