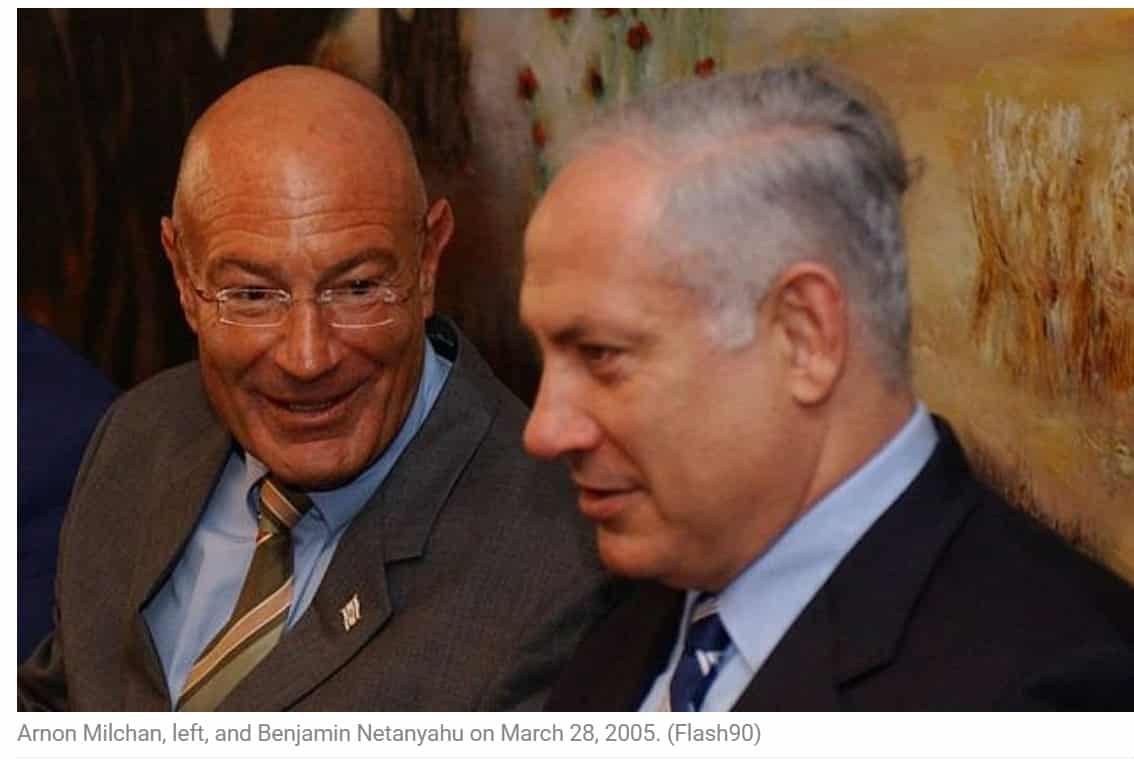 Times of Israel: Prime Minister Benjamin Netanyahu spoke by phone at least twice last year with a key witness in his trial on graft charges, according to a television report Tuesday that described the calls as “highly irregular.”

Netanyahu this week acknowledged he has spoken with Israeli movie mogul Arnon Milchan since being indicted in late 2019. The premier denied the chats with Milchan, who prosecutors allege gave Netanyahu and his wife lavish gifts in exchange for favors that benefited him financially, were anything but innocent greetings, or were intended to send Milchan a message concerning the corruption charges.

According to Channel 13 news, Netanyahu phoned Milchan on consecutive days last year around May or June, apparently around the time of the Shavuot holiday, telling him how much he and his wife Sara love the Hollywood producer and his family.

The calls came after Netanyahu pressured Milchan to release lawyer Boaz Ben Tzur so he could instead represent the prime minister, the network said. Netanyahu called Milchan to thank him for doing so, according to the report, which didn’t cite a source.

The report noted that a suspect under criminal investigation, as Netanyahu has been over his dealings with Milchan, commits to not having contact with any witnesses in the case.

It also said Netanyahu has, in similar circumstances, made a point of not directly contacting people involved in criminal proceedings, wanting to avoid any connection with someone under investigation.

In a television interview Tuesday, Netanyahu admitted he spoke with Milchan but insisted the calls were just greetings and not intended to send any kind of message to the witness.

“No way, no message,” Netanyahu said, claiming the suggestion was just “spin from the prosecutors.”

“I wished him a happy holiday, I don’t remember what,” Netanyahu said. “One or two times [we spoke], I can no longer remember.”

A special team of senior officials in the State Prosecution will look into the significance of Netanyahu’s calls to Milchan to see whether they could be considered witness intimidation, the Ynet website reported Tuesday.

There have been other alleged ties between Netanyahu’s defense team and Milchan since the indictments against the prime minister.

A report earlier this month said prosecutors are considering bringing forward Milchan’s testimony after it was discovered that Netanyahu’s legal team was in contact with him and might be illegally pressuring him. The contact came to light when Milchan apparently mistakenly called a senior police officer, thinking he was Netanyahu’s lawyer, Boaz Ben Tzur, who used to represent Milchan, according to Hebrew media reports.

Channel 12 reported last week that prosecutors recently sent Ben Tzur a letter warning him not to be in contact with Milchan amid concerns over their previous relationship. Ben Tzur reportedly responded by saying that the only times they had spoken had been about unrelated issues.

Netanyahu faces charges of fraud and breach of trust in three separate cases, as well as bribery in one of them. He has denied wrongdoing and claimed without evidence the charges are an effort by political rivals, the media, law enforcement and prosecutors to remove him from office.

Netanyahu appeared at the Jerusalem District Court earlier this month for a formal reading of the charges against him, pleading not guilty. The evidentiary stage of the trial is expected to be pushed off until after general elections on March 23.