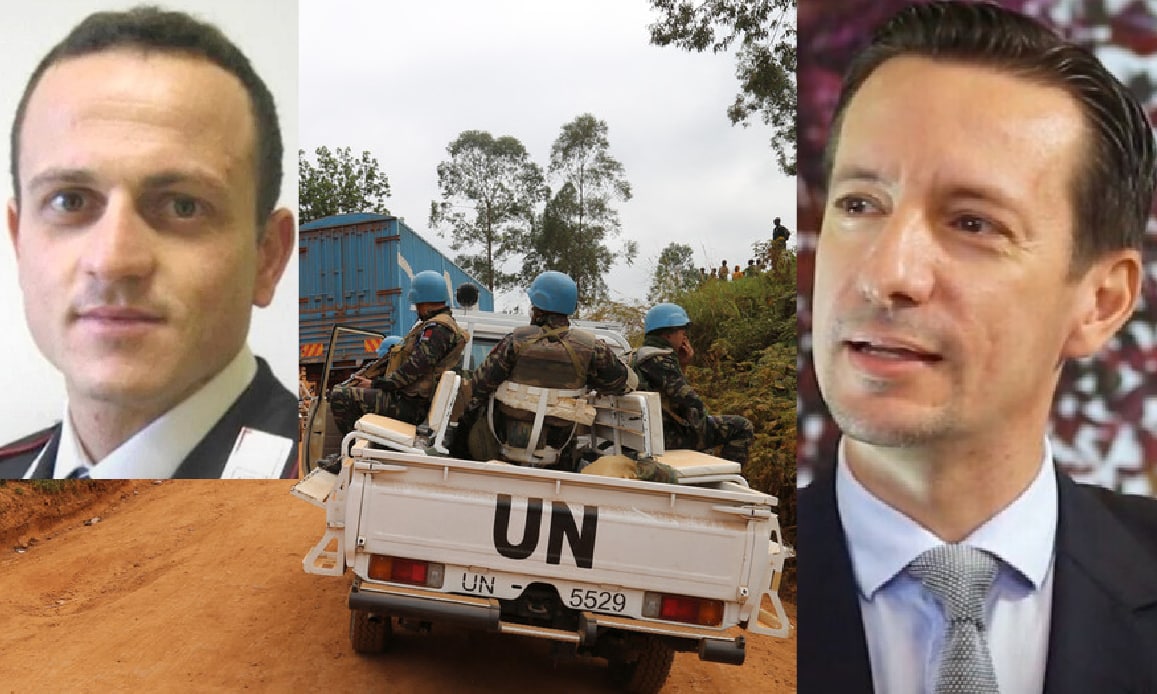 Attack in the Democratic Republic of Congo where the Italian ambassador Luca Attanasio and the carabiniere Vittorio Iacovacci, who was in the convoy with the diplomat, were killed. The soldier was 30 years old, he was on duty at the Italian embassy from September 2020.

The attack took place on the route between Goma and Bukavu by, according to preliminary information, a terrorist commando that used small arms. Investigations are still underway on the dynamics and the motive.

It is with deep sorrow that the Farnesina, seat of the Italian Ministry of Foreign Affairs, confirms the death of the ambassador and a soldier from the Carabinieri: they were traveling on board a car in a MONUSCO convoy, the mission of the United Nations Organization for stabilization in the Republic Democratic of the Congo.

The ambassador was shot during the attack on the UN convoy in which he was traveling and died “following his injuries”, a high-ranking diplomat in Kinshasa told AFP. The attack was a ‘kidnapping attempt’, Virunga National Park rangers reveal, cited by various media outlets including the Jerusalem Post.

The attack took place around 10 (9 am Italian). There are many armed groups operating in the Virunga Mountains area, between Congo, Rwanda and Uganda, and often target the park rangers. It is not yet known whether the military action was hatched by a local criminal gang or by a group affiliated with international terrorist organizations.

But what happened legitimizes the suspicion that it may have been an ISIS attack. In 2019, in fact, the Islamic extremists of the Black Flag founded the Islamic State of Central Africa which just few months ago demonstrated its strength by attacking a prison and freeing 1300 prisoners.

«At least 1,300 prisoners escaped from a jail in the Democratic Republic of Congo early on Tuesday, the United Nations said, after an armed assault for which the Islamic State has claimed responsibility. A local official attributed the operation to an Islamist rebel group. But Amaq, the Islamic State’s official news outlet, said that ISIS fighters had attacked a Congolese prison, citing a military source» wrote New York Times in october, 20,2020.

«The assault in Beni, in the country’s northeast, targeted the Kangbayi central prison and the military camp defending it, the city’s mayor, Modeste Bakwanamaha, told news agencies on Tuesday morning. The mayor said that just 100 of the prison’s inmates, who had numbered more than 1,400, remained, though 20 others later returned» reported NYT.

About a week later, the Islamic State had also claimed responsibility for the attack on a church in eastern Congo in which a massacre of Christian faithful was carried out, the group’s Amaq news agency reported, without evidence. The attack took place on the night of Wednesday 28 October 2020 in the village of Baeti in the North Kivu province. A civil rights group reported a death toll of at least 18 people and a church burned down.

The new attack in Congo took place after the UN Secretary General António Guterres asked for the removal from Libya of thousands of mercenaries brought from Turkey thanks to the political support of NATO, including former ISIS and Al Qaeda commanders who are internationally sought after for terrorism, But also a few days before the alleged intelligence summit of the US, UK and France with ISIS leaders to be held in Syria.

At the moment it is too early to say whether or not all this is the consequence of a new international strategy of tensions with geopolitical purposes in the Middle East and Africa and for the increase of war conflicts in favor of the Arms Lobby, in which the interests of jihadists and Western powers intertwine especially through the Muslim Brotherhood of Turkey and Qatar, as highlighted in previous reports.