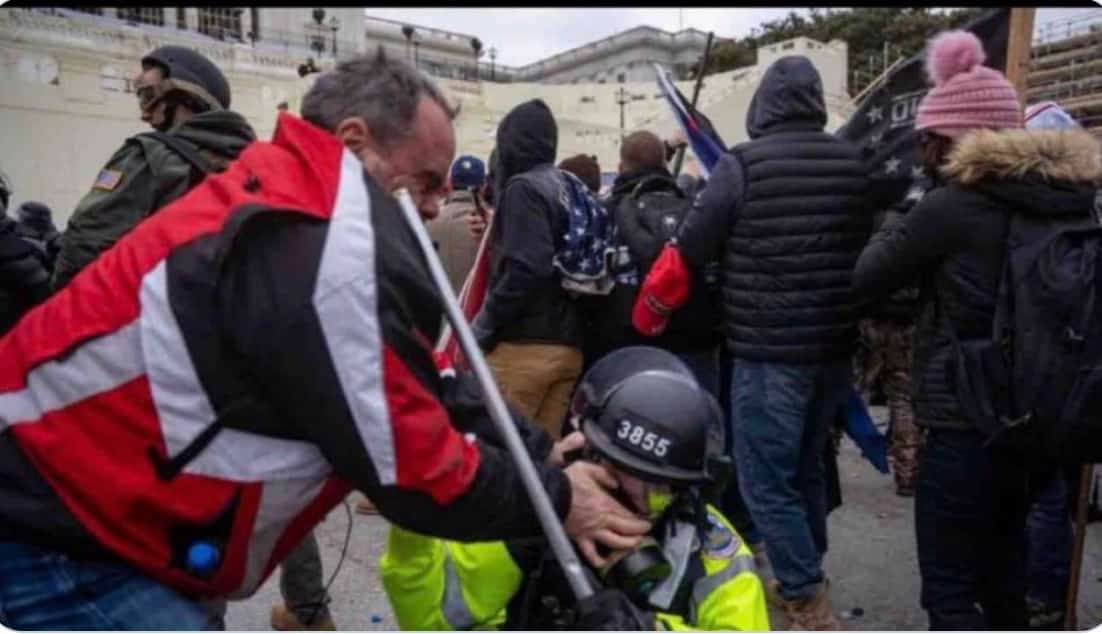 CNN: A retired New York police officer is facing charges for participating in the Capitol riot last month, where he allegedly attacked a Capitol officer.

ARRESTED: Thomas Webster AKA #EyeGouger is a retired NYPD Cop who had been assigned for a time to work perimeter security at City Hall and at Gracie Mansion, the mayor's official residence. https://t.co/3BLHdWdMc9 pic.twitter.com/HWmIvGHR6u

Thomas Webster appeared in court Tuesday, where federal prosecutors alleged that he wore a bulletproof vest and was prepared for “armed conflict” during the Jan. 6 attack on the federal building. Prosecutors alleged that Webster attacked a Capitol police officer using a flag pole that was flying a Marine Corps flag and also pulled down the officer’s mask, causing him to choke.

#EyeGouger OK @RonJohnsonWI Let's hear what kind of bullshit lie you can make for the man gouging out the officer's eye🤡Since you are lying about Officer Sicknick🤡You are a despicable un-American stain on the senate 2022 Blue is coming for You🗳🇺🇸💪💙 pic.twitter.com/GsNLH4yjJU

Webster allegedly called the officer a “commie motherf—–” and went after him like a “junkyard dog,” prosecutors argued in court Tuesday.

James Monroe, Webster’s attorney, did not deny that his client was seen in video evidence found by investigators. Webster went to the Capitol to protest and went at the urging of former President Donald Trump, Monroe argued.

Monroe asked the judge to release Webster on bond, citing his family ties and lack of criminal history. Webster was honorably discharged from the Marines and spent 20 years with the New York Police Department, his attorney argued.

During his time as a police officer, Webster did security for City Hall and the New York City mayor’s official residence Gracie mansion, according to law enforcement officials with direct knowledge of the investigation. He retired from the force 2011, the NYPD confirmed to NBC News on Tuesday.