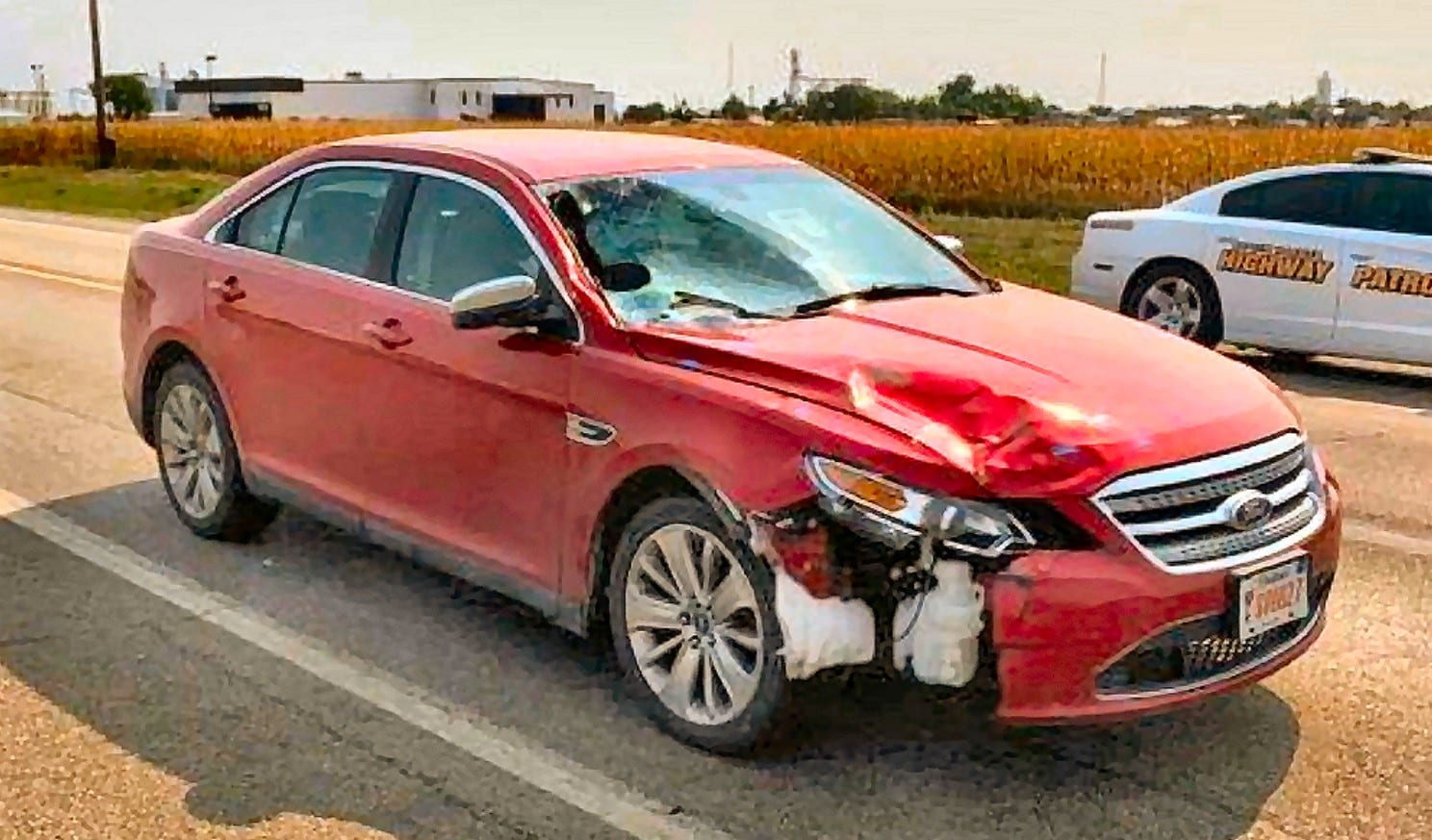 SIOUX FALLS, South Dakota—South Dakota Attorney General Jason Ravnsborg has maintained since his fatal crash last fall that he didn’t see what he’d hit—but a newly released video of his police interview has revealed that the victim’s face literally “came through” his windshield.

This was the moment South Dakota’s attorney General was told that the face of the man he hit and killed actually came through his windshield to the point where investigators say the victim’s glasses were found in the attorney generals car. The AG insists: he thought he hit a deer pic.twitter.com/jXFT7RheBF

In videos released late Tuesday by the South Dakota Department of Public Safety, investigators can be seen challenging Ravnsborg’s claim that he didn’t see what it was he struck during the crash on Sept. 12, 2020. Ravnsborg was driving home from a Republican Party event that night when he struck and killed 55-year-old Joe Boever. Boever’s body was only found a day later, however, after Ravnsborg initially called 911 to report only that he’d hit “something” that he thought could have been a deer.

During an interrogation on Sept. 30, investigators noted Boever’s glasses were found inside Ravnsborg’s 2011 Ford Taurus.

“That means his face came through your windshield,” said a North Dakota Bureau of Investigation agent, one of two who questioned Ravnsborg for more than three hours in a pair of sessions.

“His face is in your windshield,” the agent said as Ravnsborg groans. “Think about it.”

Ravnsborg said he didn’t see the glasses, either, even when he later went through the front seat looking for an insurance card to show to Hyde County Sheriff Mike Volek, who lives near the crash site and responded to the 911 call.

"His face came through your windshield." Ladies and gentlemen, the chief law enforcement officer of the great State of South Dakota. https://t.co/KjTLl4EClU

The agent said the broken glasses found inside Ravnsborg’s car belonged to Boever, who was walking into Highmore when he was struck and killed.

Ravnsborg also was asked why he didn’t see a flashlight Boever was carrying when the crash occurred at 10:24 p.m. When the agents arrived from North Dakota, it was still on, shining “like a beacon,” they said.  read more…pay wall…