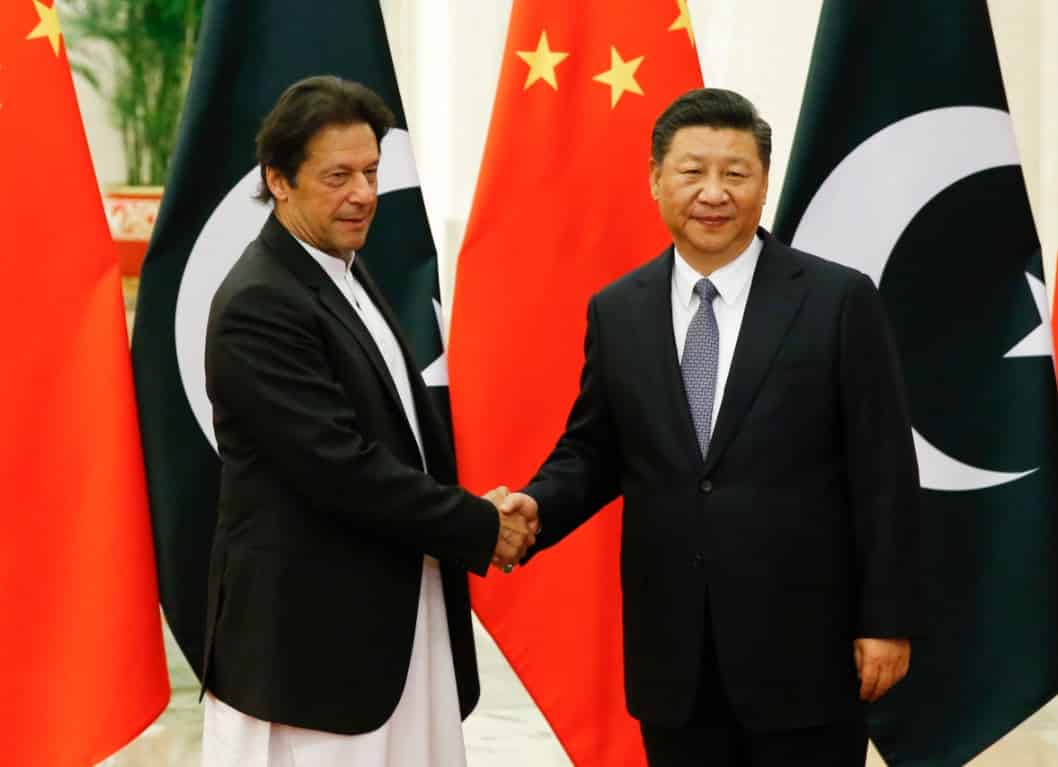 When during the regime of the President Gen. Pervez Musharraf, Pakistan initiated the construction of Gwadar deep-seaport in Balochistan province in March 2002 with Chinese assistance, sirens went off in the capitals of some European countries, especially the US, India and Israel which took it as a threat to their global and regional plans.

In this respect, China-Pakistan Economic Corridor (CPEC) which is part of China’s One Belt, One Road (OBOR) or China’s Belt and Road Initiative (BRI) is rapidly developing. CPEC will prove to be a gateway to prosperity for both countries as well as the region. Under the project, China is investing as much as $62 billion in various sectors in Pakistan in a phased manner.

The Executive Committee of the National Economic Council (ECNEC) on August 5, last year approved the up-gradation of existing Mainline-1 (ML-1), the 1,872 kilometer railway project from Peshawar to Karachi.

Under the project, the existing 2,655 kilometer track would be upgraded, while the speed of passenger trains would increase. The project would be completed by June 2023.

Besides, under CPEC, energy projects have already made progress.

In fact, CPEC will open new doors of development relating to various fields, as the national economy of the country will grow fast, leading to creation of new job opportunities, poverty reduction, and development of transportation sector—boost agricultural and industrial growth, including exports.

The establishment of CPEC between deep Gwadar seaport of Balochistan and the historic Silk Road city in Western regions-Xinjiang of China will connect Gilgit-Baltistan through Khunjerab Pass, while the roads infrastructure in Gwadar would link the communication network of rest of the country to facilitate transportation of goods.

When Gwadar seaport becomes fully operational, it would connect the landlocked Central Asian states with rest of the world. Being the commercial hub, the port is likely to increase volume of trade, bringing multiple economic and financial benefits to Pakistan. It will enable high-volume cargo vessels to move in the major oceans, giving China’s short and easy access to the Persian Gulf and the Indian Ocean.

Notably, India was openly opposing the CPEC and China’s OBOR or BRI; the US also joined New Delhi. In this regard, on October 3, 2017, the then US Defence Secretary James Mattis told the Lawmakers, “The United States has reiterated its support for India’s opposition to China’s One Belt, One Road initiative…the China-Pakistan Economic Corridor (CPEC) a part of which traverses Pakistan-Kashmir.”

Both Islamabad and Beijing rejected Mattis’ statement and reminded that Washington had also participated in an OBOR summit—the OBOR plan which was also backed by the United Nations—CPEC was an economic cooperation initiative.

In May, 2020, the outgoing US Principal Deputy Assistant Secretary of State for South and Central Asia, Alice Wells, who tried to spoil China-Pakistan relations, had once again criticized BRI and CPEC by saying that the US was concerned about CPEC projects due to the unfair rates of profits that are guaranteed to Chinese firms. The Chinese Embassy called her statement totally baseless by stating: “We take Pakistan as an equal partner and never asked Pakistan to do more.”

Following American anti-China and anti-Pakistan approach, India and some Western countries and their media have started spreading disinformation about the CPEC. They are also utilizing some social media platforms-fake websites for this purpose.

For instance, in a recent blog on a website, the writer distorted the facts and wrote: “China halted CPEC projects…due to political fragility, increased interference of security agencies and the army establishment.”

Taking cognizance of foreign entities’ hostile propaganda, the Chairman of the CPEC authority Lt. Gen. (R) Asim Saleem Bajwa on August 23, last year, appealed the general public to ignore disinformation of all fake news and stories regarding the CPEC.

The Chinese Consul General in Karachi, Li Bijian also stated: “China-Pakistan Economic Corridor will continue to grow and expand despite the negative propaganda by certain countries as it is flagship project of “One Belt and One Road Initiative” of China.”

Nonetheless, the Chinese government has, repeatedly, dismissed the criticism as a Western propaganda and insisted that the CPEC will equally benefit Pakistan.

While, Gwadar seaport project which is backbone of the CPEC will uplift the impoverished people of Balochistan and Gilgit-Baltistan, including developments in other backward areas by redressing their grievances, which the hostile elements, supported by the US, India and Israeli do not want.

Moreover, malicious propaganda against the CPEC coincides with the terror attacks in various regions of Pakistan, particularly in the Balochistan.

In the recent past, blasts in Balochistan and country’s other areas show that the US-led India, Afghanistan and Israel have again started acts of sabotage to destabilise Pakistan and to damage the CPEC through their intelligence agencies such as CIA, RAW, Mossad and Afghan NDS which are also supporting Balochistan’s separatist elements.

In this connection, Pakistan’s Ambassador to the UN Munir Akram handed over to the UN Secretary General Antonio Guterres a dossier on India’s campaign to promote terrorism in Pakistan.

At this juncture, the media of China and Pakistan must continue countering the disinformation about the CPEC.