[ Editor’s Note: Secretary Austin is loosing no time making key changes in the military command. Some of the decisions were easy, like letting go all 31 of the Defense Policy Board that was packed to the hilt by Trump who always viewed government like running a mob where everything was loyalty to the boss.

But the Special Operations command position downgrading was a more serious step. Most Americans have not been aware to what degree Special Ops have been handling a lot of the combat operations, and regular troops kept away.

VT would pose that the regular troops would not be ‘reliable’ in regards to participating in operations to support proxy terrorists, the kind that have gone on in Syria in the Al Tanf and the Deir Ezzor area, where the US has effectively hijacked those areas to asset strip them and keep the Syrian people scraping for fuel in a country that has always been self sufficient.

Special Ops people, who can look forward to very rewarding careers after their government service, tend to not want to poke the golden goose that has been so good to them. Uncovered in US media, a tragedy really, is the banning of news correspondents embedded around the military action.

Notice how Biden has not initiated a review of what has been hidden from us about these long running ‘anti-terror’ operations, where we have substantial evidence that the naming is a cover for plain old fashioned regime change operations.

Will we ever hear a policy change speech from Biden declaring the US end to regime change operations as part of legacy he wants to leave behind? I would fear to bet on it, but will keep my fingers crossed for the simple reason that I feel that it endangers our security… Jim W. Dean ] 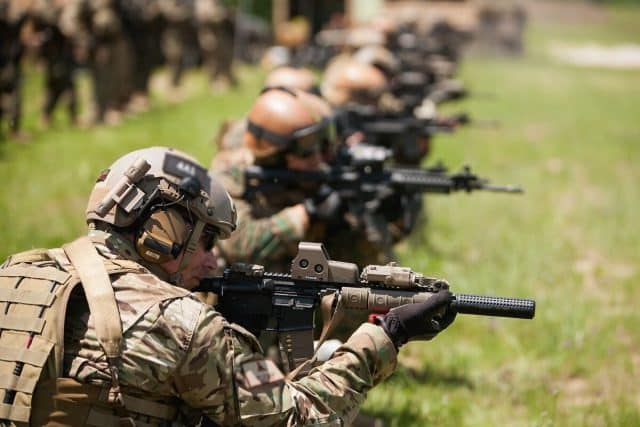 Austin is weighing the move as he reassigns the senior official who most recently held that special operations role in the Trump administration, and looks to replace another official who served under Trump’s former Pentagon chief.

…Austin is considering lowering the special operations job back into the Pentagon’s policy shop, effectively demoting the position, according to two former Trump officials, one current defense official and a House aide familiar with the move.

…Meanwhile, Austin is also reassigning the senior Pentagon official who most recently served as the acting Pentagon official overseeing special operations. Joe Tonon, who held that position from December until January, is being moved to a position within the Navy, according to one former official and one current official.

“This is really about the new folks coming in and kind of erasing [Miller’s] legacy,” the person said…The reassignments come just weeks after Austin undertook a sweeping effort to oust last-minute Trump appointments to the defense advisory boards.