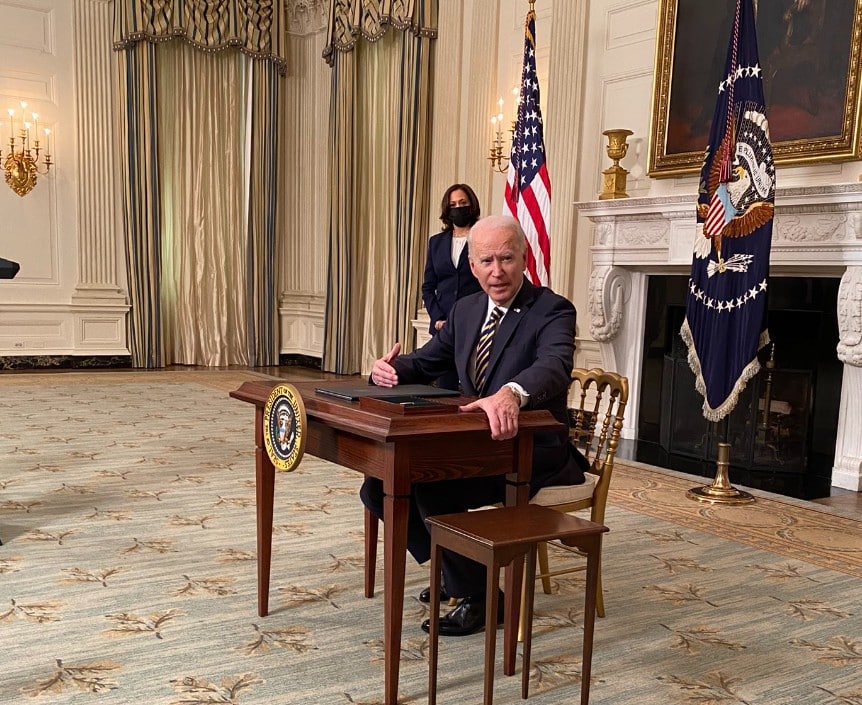 Trump, Pompeo and Kushner likely to have been instrumental-even complicit

“The whole world has a problem on its hands when it comes to MBS ascending to the throne because we have all seen how reckless and brutal he is,”

“Yes, I have” read the intel report on Jamal Khashoggi that the ODNI will soon release, @potus tells me. pic.twitter.com/FICTGCXhum

Guardian UK: Joe Biden has spoken with Saudi Arabia’s King Salman for the first time as president, ahead of the publication of a US intelligence report expected to implicate the Saudi crown prince in the 2018 murder of dissident and Washington Post columnist Jamal Khashoggi.

Thanks to the transparency of the Biden Administration, it’s confirmed that Jamal Khashoggi was murdered by order of MBS, but we also know for certain of Jared Kushner’s close friendship with MBS, including secret WhatsApp messages. I’ll say it again, Kushner sold intel to him.

A White House account of the call did not mention the report, but did say, in another context, that Biden “affirmed the importance the United States places on universal human rights and the rule of law” and that the two discussed working on “mutual issues of concern”.

The Saudi embassy in Washington said the two men “confirmed the strength of bilateral ties and discussed Iran’s malign activities in the region and ways to advance peace in Yemen”.

We always knew that Mohammed bin Salman was responsible for the grisly bone-saw killing of Jamal Khashoggi, and today the Biden Administration releases a report that confirms it.

NICE to have a President who doesn't support that shit.

Biden has been far cooler to Riyadh than Donald Trump, cutting off US support for the Saudi-led war in Yemen, and refusing to talk directly to Crown Prince Mohammed bin Salman, a close Trump ally, who US intelligence believes approved and possibly ordered the killing and dismemberment of Khashoggi after he was lured to the Saudi consulate in Istanbul.

"Top Secret" Saudi docs show Khashoggi assassins used private jets owned by a company that was seized by MbS.
More proof MbS ordered Khashoggi's assassination.
Still waiting into an investigation into Kushner and @mikepompeo of what role they played

The CIA gave that assessment in a classified briefing to Congress in 2018 and is due to deliver an unclassified version imminently.

The White House has also strongly suggested that it is preparing to take further actions against those who it deems responsible for the murder. White House press secretary Jen Psaki told reporters on Thursday that there were areas where the US would “express concerns and leave open the option of accountability”. read more..

The Biden administration has said it expects Saudi Arabia to “change its approach” to the US and signalled that it wants to minimise any direct contact between the president and the country’s de facto ruler, Crown Prince Mohammed bin Salman.

The stance marks an abrupt change compared with the Trump administration, which showered the young heir with attention and praise. It comes as intelligence officials are preparing to release – possibly as early as next week – a declassified report to Congress that will describe its assessment of the crown prince’s alleged culpability in the murder of Jamal Khashoggi, the US-based Washington Post journalist who was killed by Saudi officials in 2018.

Bruce Riedel, a former CIA analyst and senior fellow at the Brookings Institution, said Biden was sending a clear message to the Saudi royal family that as long as “MBS” – as the crown prince is known – was in the line of succession, Saudi Arabia would be treated “as a pariah”.