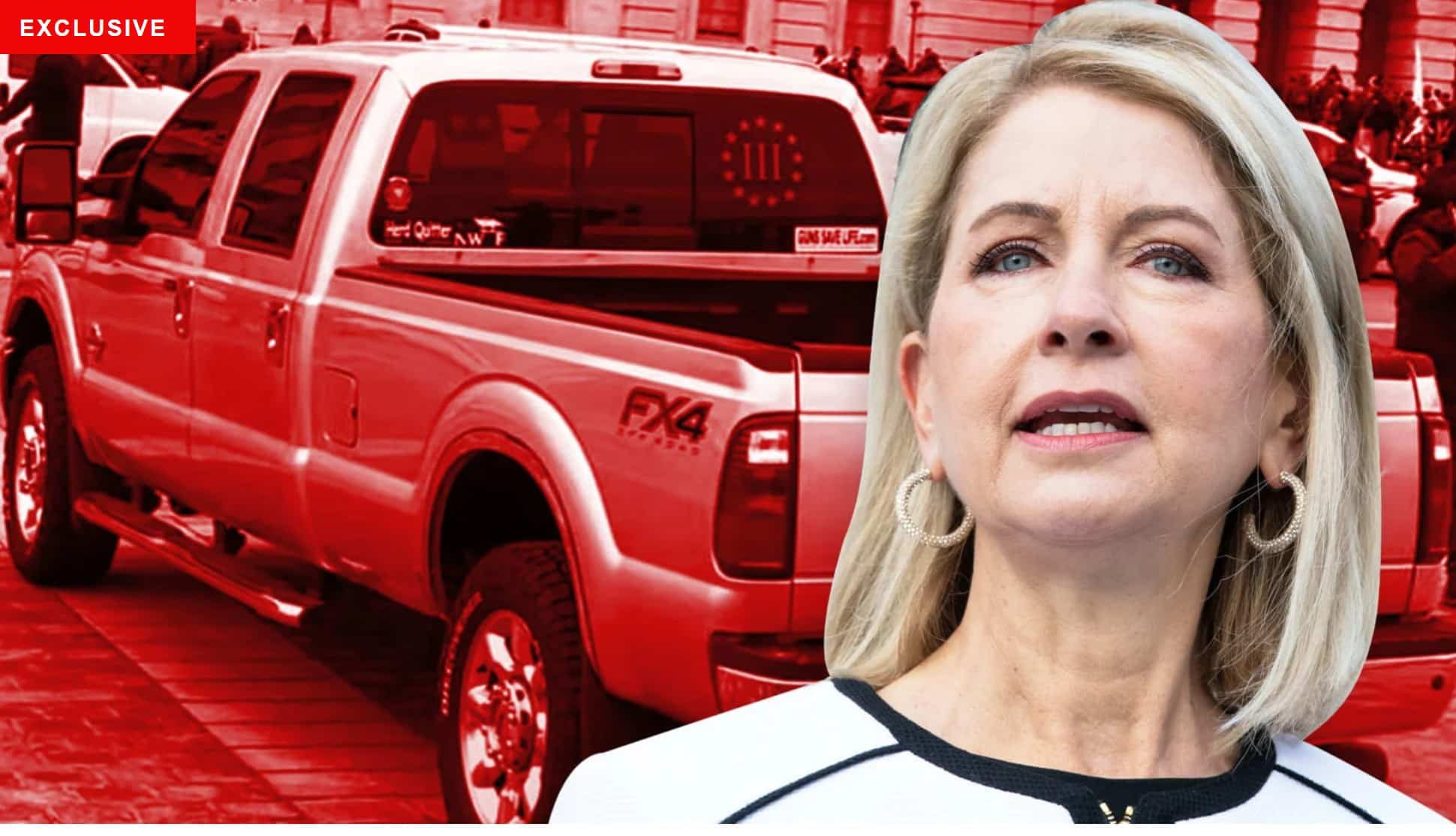 Rep: Miller a possible suspect in Capitol attack that killed one officer at maimed-blinded 15 others

Elected last November, Mary Miller, a Republican, is perhaps best known for speaking at a “Moms for America” rally in front of the Capitol one day before the riot. “Hitler was right on one thing: whoever has the youth has the future,” she told the crowd. She later apologized for the remarks and said “some are trying to intentionally twist my words to mean something antithetical to my beliefs.”

Daily Beast: A pickup truck parked at the United States Capitol and bearing a Three Percenter militia sticker on the day of the Jan. 6 riot belongs to the husband of freshman U.S. Rep. Mary Miller of Illinois, who approvingly quoted Adolf Hitler a day earlier.

Researchers on Twitter first noticed the Ford pickup truck with the far-right militia’s decal parked on the Capitol grounds in footage posted to social media and taken by CBS News.

here’s the deal: IL-104 is registered to a 2007 Honda Accord. not a Ford F-350. that F-350 looks like it could belong to Chris Miller, husband of Illinois rep Mary Miller (per another user in this thread). this is weird. pic.twitter.com/GdfqM1px4E

The presence of a vehicle with a militia decal so close to the Capitol, inaccessible to normal vehicle traffic, raised questions about how it got there—and whether it belonged to any of the hundreds of suspects involved in the deadly riot.

The link between the truck and Rep. Miller was first reported on Twitter on Thursday by the @capitolhunters account, which is organizing research about rioters seen in the Jan. 6 Capitol riot from a large community of volunteers reviewing thousands of hours of footage.

A pickup truck with the same make, model, color, and Illinois plate number as the one at the Capitol on Jan. 6 is also visible in a July 2020 photo carrying Mary Miller for Congress banners during a Fourth of July parade in Illinois. That same day, Rep. Miller’s Facebook page posted a picture of what appeared to be the same truck with the same Trump-Pence and Mary Miller for Congress banners attached to the same PVC pipe frame as she campaigned in the towns of Mattoon, Sullivan, Herrick, and Moweaqua. 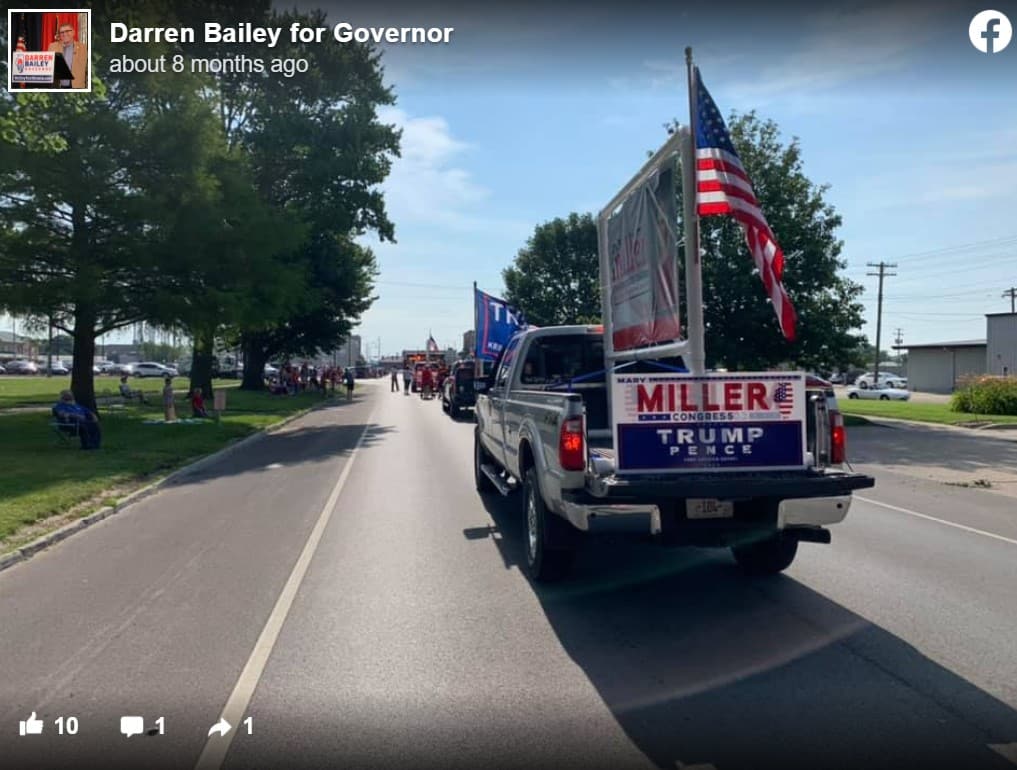