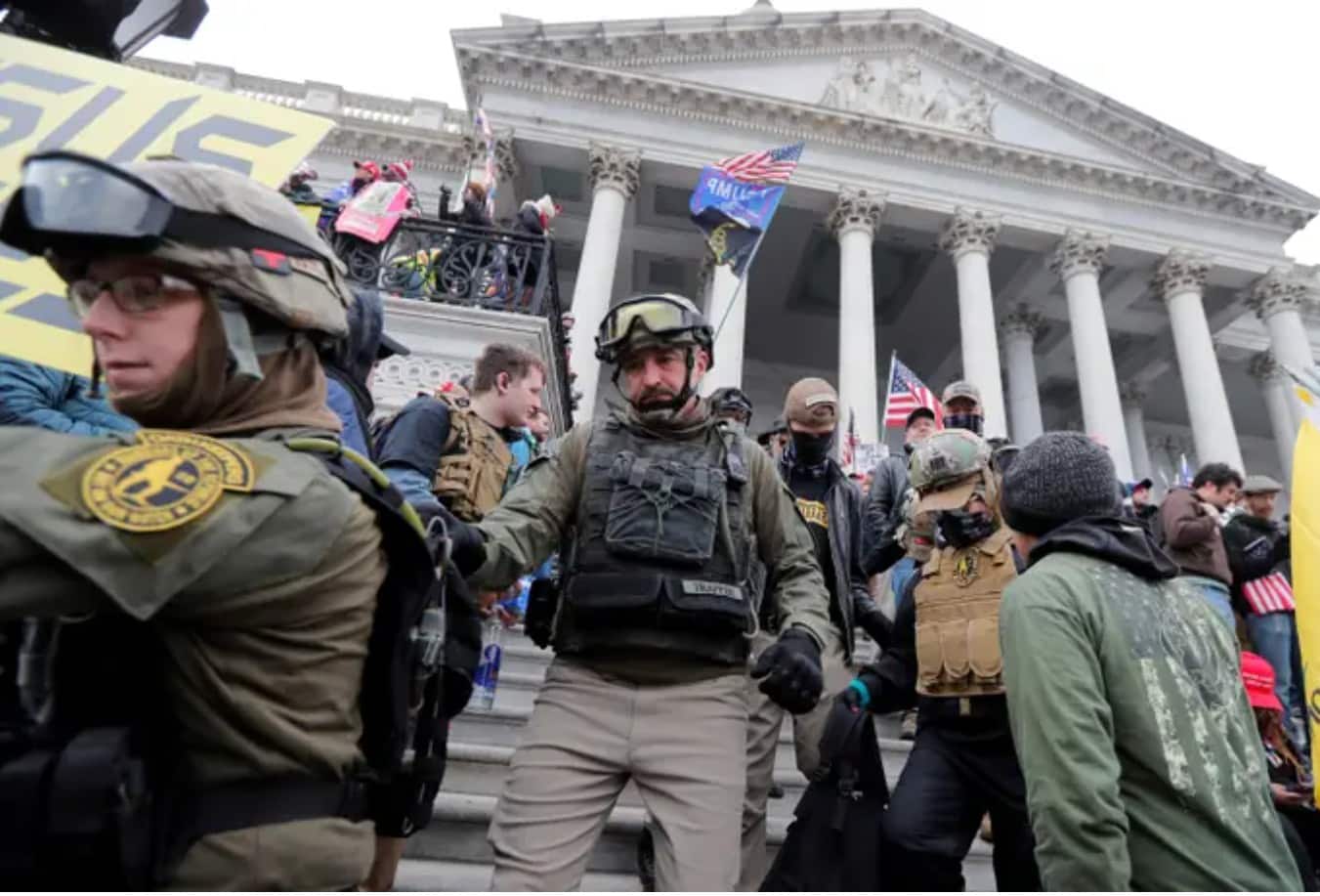 “…That followed an earlier exchange in which the judge pressed the prosecutor on the question of whether there was a quick reaction force stationed outside Washington, DC. “I know there was evidence of planning,” the judge said. “Does the government have evidence that there were in fact … people with weapons?”

The judge responded: “When you say working understanding, are you suggesting the government has proof that in fact there were people stationed outside the district? And if you want to do this in a non-public session, we can do that.”

At that point, the prosecutor and judge went off the record in a conversation that reporters could not hear…”

Buzzfeed: A federal prosecutor said Friday that the federal government’s “working understanding” is that the Oath Keepers had a “quick reaction force” stationed outside the District of Columbia on Jan. 6, prepared with weapons during the siege at the Capitol.

Speaking in open court, prosecutors provided few additional details of what would represent evidence of a much larger threat to Congress and then–vice president Mike Pence on that day than previously known. None of the Oath Keepers charged so far are accused of carrying or using weapons, but the suggestion that they had a plan to access arms raises the specter that the insurrection could have been even more violent and dangerous for police and lawmakers inside the Capitol.

After US District Judge Amit Mehta pressed for more information, he and Assistant US Attorney Ahmed Baset quickly moved into an off-the-record session to discuss the government’s evidence.