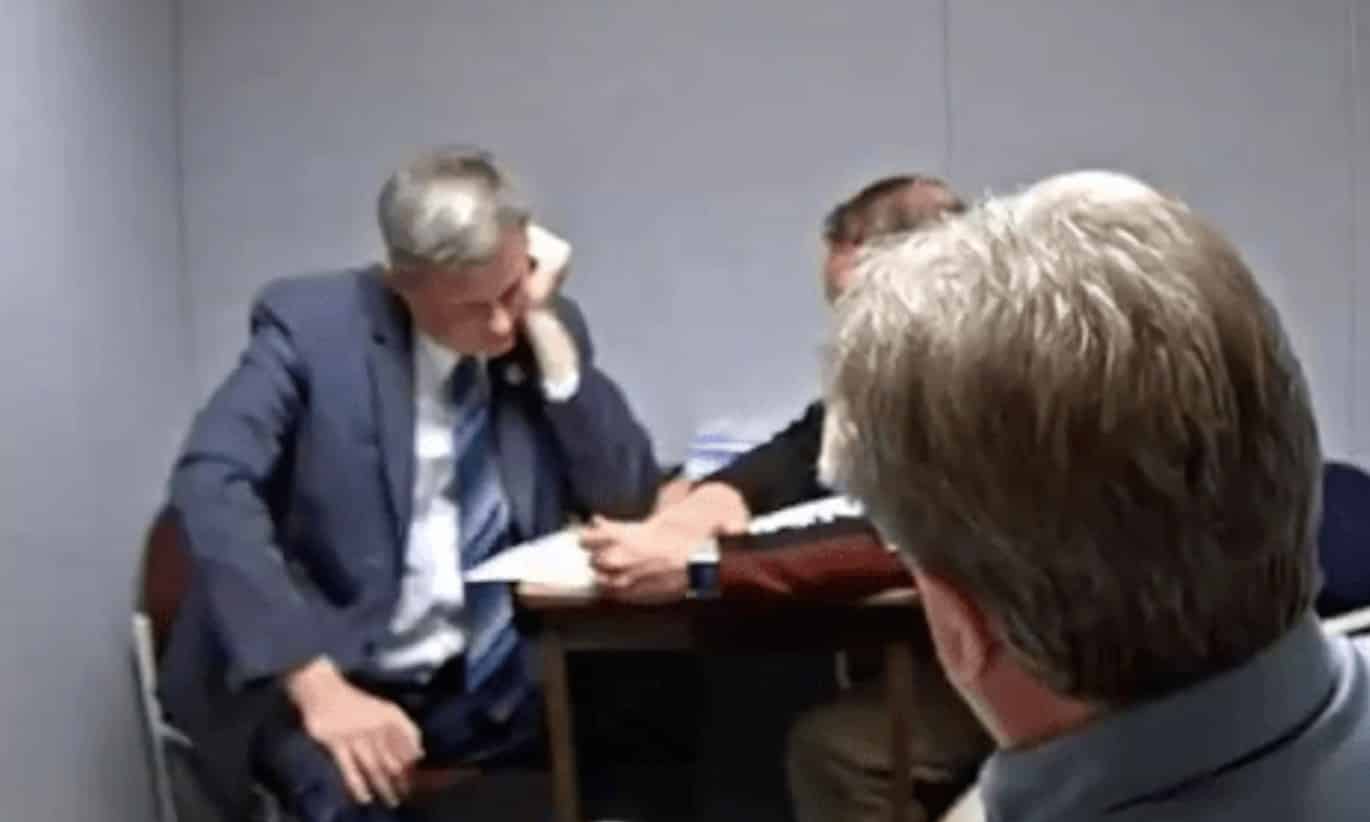 “And then, about a minute later, this article was pulled up through the Just The News,” the interrogator continued, referencing the site founded by pro-Trump columnist John Solomon.

The investigator, meanwhile, went on to note that the article in question was “about Joe Biden and something to do with China” and that Ravnsborg was on that link up to a minute before the accident, further asking the attorney general if he remembered reading this while driving.

Daily Beast: South Dakota Attorney General Jason Ravnsborg acknowledged during his interviews with police investigators last year that he was reading political articles—including a conspiracy theory-laden piece about Joe Biden—on his phone just before he struck and killed a pedestrian with his car.

Ravnsborg is currently facing three misdemeanor charges, calls from Gov. Kristi Noem to resign, and impeachment proceedings for killing 55-year-old Joseph Boever on the side of a highway last year.

Ravnsborg, who was returning from a political dinner on Sept. 12, initially told police after striking Boever that he thought he’d hit a deer and eventually left the scene of the incident. The following morning, however, Boever’s body was found.

In videos released this week, interrogators can be seen informing the attorney general last September that Boever’s glasses were found inside his vehicle, revealing that the victim’s “face came through your windshield,” contradicting Ravnsborg’s claims that he was unaware he hit a man until the next day.

The newly released videos also show investigators going through the top attorney’s phone records and revealing that Ravnsborg was scanning through websites while driving at night, settling on one article in particular just before he hit Boever.

“At 10:20:49, you were on the Dakota Free Press site,” one investigator told the attorney general, in a clip first flagged by Media Matters research fellow Timothy Johnson. “These are all on your work phone. A minute later, you were on the RealClearPolitics website.”..