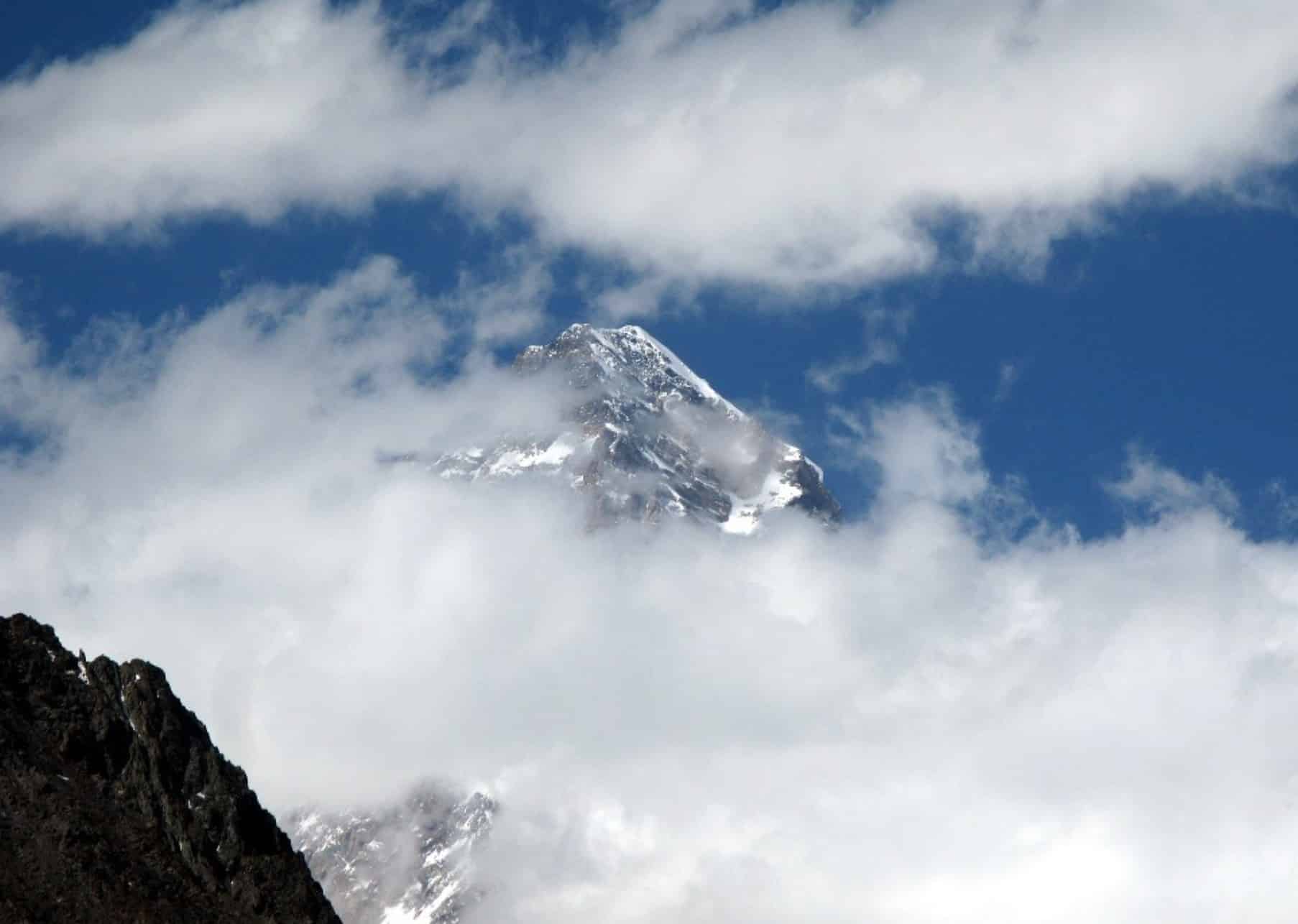 “JOHN SNORRI SAVED MY LIFE TWICE. TELLING THE TRUTH IS THE LEAST I OWE HIM IN RETURN”    Tomaz Rotar

The extreme sport of high altitude mountaineering despite its characteristic of testing human endurance to extremities has its peculiar appetite for controversies. Like all sports, it breeds its own intense competition and sometimes jealousies. I will narrate two incidents.

Despite the discovery of body and funeral of Günther Messner in 2005, some 35 years after his disappearance on Nanga Parbat, critics still blame his younger brother Reinhold Messner for abandoning him for his own summit glory. I met Reinhold Messner in a camp on Abruzzi Glacier in 1982. He told me exactly what was ultimately revealed from 2000-2005. Reinhold was vindicated by facts but does that stop conspiracy theorists from spinning new yarns?

Same year, the Sardar of my expedition to Gashebrum 1 (led by Sylvain Sudain) was Chacha Muhammad Hussain. He with Amir Mehdi in 1953 had carried the Austrian mountaineer Hermann Buhl on their backs to the base camp from slopes of Nanga Parbat. Even though I saw Chacha Muhammad Hussain’s porter book pasted with him carrying Buhl, I see no photo in any book. Despite a first this expedition was marred by controversies.

Hussain and Amir Mehdi were hired again by Italians for the first K2 summit in 1954. Italians Achille Compagnoni and Lino Lacedelli reached the summit of K2 denying Amir Mehdi and Walter Bonatti the opportunity. To protect Campagnoni’s legacy, Italians made fall guys out of Amir Mehdi (maimed for life) and Walter Bonatti for over fifty years. In 2004, reminiscences by Lacedelli prompted an investigation that resulted in formal recognition of Mehdi and Bonatti in K2’s first conquest; but not an apology.

The first winter ascent of K2 and the tragedy of John Snorri, Ali Sadpara and Juan Pablo Mohr is no exception and shall remain a subject of intense debate for years to come. Events around the winter expeditions to K2 in 2020-21 are being marred by controversies targeting the Nepalis and also suggesting that Sajid Sadpara the only surviving member is not telling the truth. Eager theorist are piecing together information from different climbers (some now dead) to build a mystery around the events, some even questioning if the Nepalese summited at all?

The leading exponent is Tomaz Rotar from Slovenia who claims to be the only credible eyewitness other than Sajid Sadpara (not credible) of the fateful events ahead of Camp 4 on 6 February 2021. In his dispatch in Slovenian language read by me in Urdu, English and French translations, he depicts Sajid as the last straggler towards Camp 4. He asserts that the nasty crevasse ahead of Camp 4 was never surmountable and most likely, climbers fell to death into it.

This is why he insists that it is time to tell the truth meaning that Sajid is hiding something. Taking a hint from him, others suggest they drifted towards the Cesen re-entrat to nibble up to bottle neck and perished.

Some of his assertions are confusing.

He says, “However, John Snorri saved my life twice. Telling the truth is the least I owe him in return”.

Having declared so, he ignored his moral and ethical responsibility when he abandoned John Snorri at the crevasse and is now in an act of contrition by calling Sajid Sadpara a liar, a hallucinating individual and someone he refused to share his regulator with and the Nepalese daemons who never left a ladder behind he was looking for.

Again, why did he fail to convince Ali Sadpara and Juan Pablo Mohar who also flew into eternity with John Snorri? Very self-serving and selfish litany of betrayals.

A small summit conference was the least he could have done; maybe a few minutes delay at Camp 4.  After all, his oxygen was good and he had no intentions but to stop at the base camp which he did after a tea break in camp 3.

The reasons for not pushing the summit with Nepalese are straight forward.

John Snorri’s team was at Camp 2 and needed at least a night to sleep at Camp 3, ideally climb up to camp 4 and retreat to camp 3 for rest and then begin a summit push in the late hours. This meant summit on 17 January. Logically, they were in no position to join Nepalese.

Recall, when Mingma G’s team was fixing ropes to Camp 4 on 15 January, having completed the task, they retreated back to Camp 3 for rest and recuperation. Going straight from Camp 2 to the summit is superhuman, which John Snorri and his team avoided on 14 January only to be forced into by events on 4-5 January. Given the jumbling at Camp3, a very tragic risk indeed?

Here is the sequence of events.

On 3 February, John Snorri’s team reached Camp 2 from base camp and slept there.

On 4 February, his team joined the long que of climbers (not in control of Dawa Sherpa and Arnold Coster), some going up making solo deals with Sherpas and others coming down due to cold, a typical circus.

John Snorri team reached main camp 3 after collecting oxygen (placed by Sajid on 14 January) from Japanese Camp 3. Muhammad Ali Sadpara reached main Camp 3 at 6 PM while John Snorri and Sajid Sadpara reached around 8 PM. They voluntarily on humanitarian grounds shared their only tent with three climbers from SST. There was no recuperation and much needed sleep that night.

They set off again from Camp 3 the same night; John Snorri at 11:30 PM, Sajid Sadpara at 12 midnight and Muhammad Ali Sadpara at 2 AM 5 February. Sajid insists they followed the Nepalese route without any confusion till the team met at Camp 4 and the crevasse ahead of it.  There was no drifting towards the Cesen re-entrat as suggested by Angela Benavides.

Barring John Sonori’s team the long line of climbers including Tomaz Rotar and Juan Pablo Mohr were attempting at their own risk accompanied by porters they had made deals with. Juan Pablo Mohr remained a loner after his climbing partner Tamara Lunger turned back.

Tomaz Rotar also blames the SST for the lack of supplies and failure in information sharing. To remind readers, he was part of SST and obliged to obey orders of Dawa Sherpa and Arnold Coster. Yet he admits to the briefing by both on 1 February but citing no information on any particular obstacle, such as the crevasse. Even if Mingma G shared no information, Sona Sherpa from SST also made it to the summit on 16 January and was obliged to share information with his team. Lastly, if he was indeed member of SST team, why was he making deals for the summit with Temba Sherpa?

Sajid maintains they were briefed by the Nepalese including the new route to Camp 4 and the crevasse ahead of it.

This reminds me about the observation of Kraig Becker,

“There are also a growing number of individuals who have no business being on the mountain and threaten to turn the entire affair into a three-ring circus. Worse yet, their lack of experience could also lead to disaster on a mountain that is already known as one of the most deadly in the world. … That means that most climbers have little to no winter climbing experience whatsoever, yet they are attempting the hardest winter climb of them all. This is largely due to Seven Summits bringing a sizable commercial team, which consists of a substantial number of people who have no business being on K2 under the best of conditions, let alone in winter.”

After discussions with mountaineers who have climbed and endured K2, a common conclusion is that most teams were short of experienced hardy climbers needed to tackle a winter ascent of K2. The only experienced person at base camp was Muhammad Ali Sadpara with his winter ascent of Nanga Parbat.

Mingma’s group of 3 was too small to deal with K2 in winter. Cleverly, he was quick to form an all Nepalese team with assistance from Dawa Sherpa of SST and Nirmal Purja bringing the total to 10. It was also Mingma G who set the pitch from camp 3 onwards.

It was the responsibility of Dawa Sherpa the leader of SST and his deputy Arnold Coster to prevent such a polarisation from taking place. They must clarify why many SST climbers were abandoned by an all Nepal Team who pushed ahead on 15 January.

Seen in this context, John Snorri’s team may have decided to wait out the all Napalese summit and later follow the same route. Had SST exerted better command and control, discipline on free loaders and ensured logistics, a second ascent of K2 was possible in the window of 2-5 February as planned by the two leaders of SST. This turned out to be John Snorri’s plan too.

In Tomaz Rotars own words, “It consisted of going to Camp 1 on February 2, Camp 2 on February 3. Then on February 4, we were to proceed to Camp 3, rest, then continuing to the summit with no Camp 4. We had to somehow manage to top out and return, hopefully back to Camp 2, as early as possible on February 5, because the winds would increase progressively that day”.

Why this plan was not followed is for SST to answer.

Certainly, it ruined the bid of John Snorri’s team to summit K2 in winter, causing three deaths around the summit and one below Camp 3.

It is written in scriptures that some men are saved by their acts alone. Rest in Peace John Snorri, Muhammad Ali Sadpara and Juan Pablo Mohr for leaving your tents with those freezing in cold at Camp 3 and etching a selfless chapter in history of mountaineering.