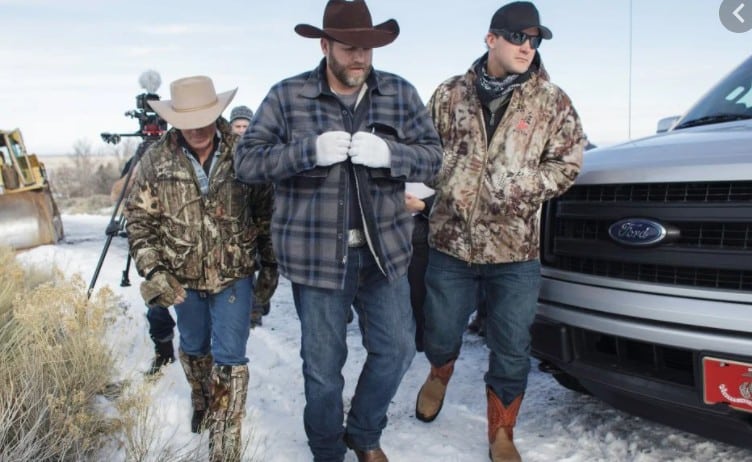 The arson convictions of Dwight Hammond and his son Steven for torching public lands was at the center of an armed takeover in 2016 of the Malheur National Wildlife Refuge in Oregon, which led to a 41-day armed standoff with federal authorities. The assault was led by militant rancher brothers Ryan and Ammon Bundy.

Despite the record of violence, Trump Interior Secretary David Bernhardt granted the Hammonds a new grazing permit on Trump’s last day in office. The permit would have allowed the ranchers’ livestock to use public land for 10 years.

The Hammonds were sentenced to a minimum prison term of five years in 2015. Steve Hammond’s nephew testified that his uncle handed out matches and told members of a hunting party to drop lighted matches on the ground to “light up the whole country in fire,” apparently to cover up the illegal slaughter of deer on taxpayer land. The blazes burned 139 acres.

The Hammonds’ arson conviction led to the revocation of their previous grazing permit. Trump pardoned the Hammonds in 2018.

Jennifer Rokala, executive director of the Center for Western Priorities, denounced the pardon at the time and said Trump “has once again sided with lawless extremists who believe that public land does not belong to all Americans.”

The Hammonds’ criminal record also includes death threats against federal officials and a 1994 arrest for trying to stop federal workers from fencing off a canal at Malheur.