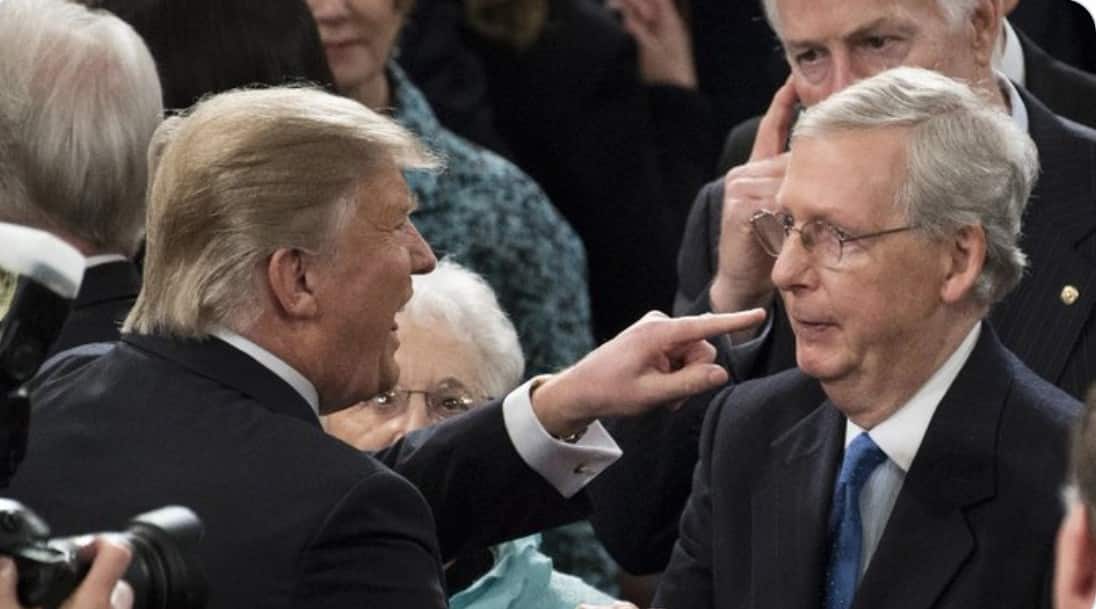 “The inspector general’s investigation detailed a series of instances where Ms. Chao directed her staff to spend federal government time and resources to help with matters related to the shipbuilding company and her father,” said the report.

About that food fight on Aisle Q

Did you catch the threats? The McTurtle threatened Trump with full criminal liability on the Senate Floor.

“The Chao family company, Foremost Group, was responsible as of 2019 for a large portion of orders at one of China’s biggest state-funded shipyards, and has secured long-term charters with a Chinese state-owned steel maker, The Times reported. Foremost’s ships carry bulk cargo such as iron ore and coal, focusing on shipping those commodities to China.”

Foremost has received hundreds of millions of dollars in loan commitments from a bank run by the Chinese government, whose policies have been labeled by the Trump administration as threats to American security. The company’s primary business — delivering China’s iron ore and coal — is intertwined with industries caught up in a trade war with the United States. That dispute stems in part from the White House’s complaints that China is flooding the world with subsidized steel, undermining American producers.

Foremost, though a relatively small company in its sector, is responsible for a large portion of orders at one of China’s biggest state-funded shipyards, and has secured long-term charters with a Chinese state-owned steel maker as well as global commodity companies that guarantee it steady revenues.

Giving Elaine Chou, McConnells wife, the Secretary of Trasportation gig, in exchange for squelching the pre-election Russia investigation was clearly a bribe.

“In a report made public on Wednesday, the inspector general said the Justice Department’s criminal and public integrity divisions both declined to take up the matter in the closing weeks of the Trump administration, even after the inspector general found repeated examples of Ms. Chao using her staff and her office to help benefit her family and their business operations and revealed that staff members at the agency had raised ethics concerns,” reported Eric Lipton and Michael Forsythe.

Moscow Mitch and his wife Elaine Chou
Ben Carson
All the wives,husbands and in-laws of this criminal cabal of which there are many. pic.twitter.com/M7trUGPtng

“‘A formal investigation into potential misuses of position was warranted,’ Mitch Behm, the department’s deputy inspector general, said on Tuesday in a letter to House lawmakers, accompanying a 44-page report detailing the investigation and the findings of wrongdoing.”