[ Editor’s Note: The IAEA dodged an unnecessary self-inflicted wound if it had gone through with a resolution demanding more concessions from Iran, as the Western JCPOA participants have all breached their commitments, with the US even imposing sanctions.

If Iran were to agree to renegotiating, then future partners to other agreements would use this JCPOA precedent to renegotiate any deal ever signed with Iran.

The Trump people knew this, but its intention was to economically strangle Iran and attempt to maneuver it into a defenseless military position, something which the Iranians are not so stupid to do after having the US and British boots on its neck for decades.

If the IAEA had issued another anti-Iran resolution, Iran would have responded by reducing the monitoring of its nuclear program even more. It would have no choice but to hold partners in the agreement to their former commitment.

But the Western manipulators have already gotten a lot of what they wanted. They pushed much of Iran’s petroleum production off the world market which helped keep prices higher for other producers in the Persian Gulf. It allowed other sellers to siphon off some of Iran’s customers.

Cutting off the anticipated economic benefits to Iran via the anticipated JCPOA trade increased domestic stress inside Iran, and was one of the major goals of fostering anti-regime pressure… Jim W. Dean ] 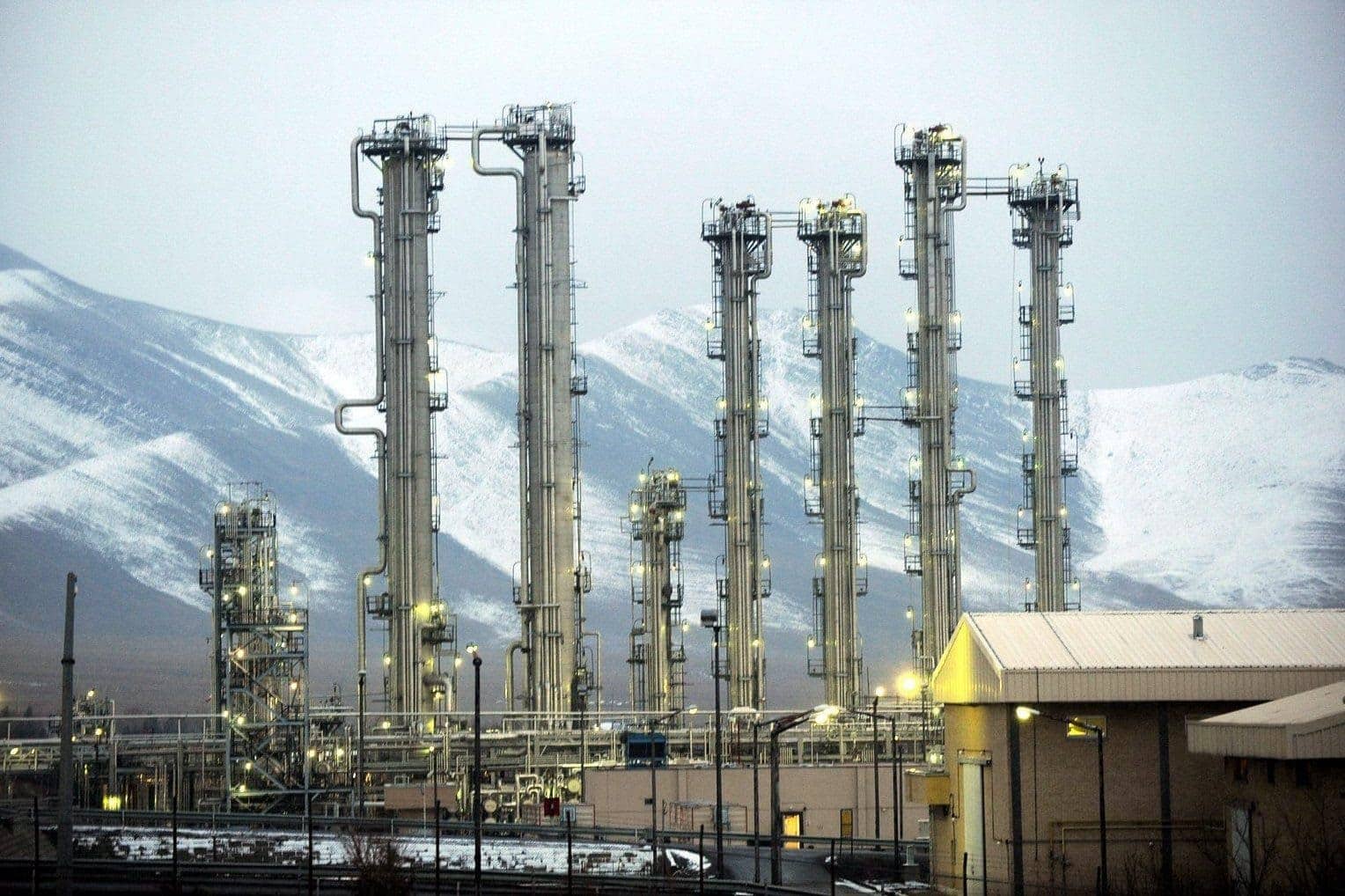 Iran’s Foreign Ministry spokesman says the International Atomic Energy Agency (IAEA) has dropped its previous decision to adopt an anti-Iran resolution over the country’s reduction of commitments under a landmark nuclear deal with world powers after the United States unilaterally withdrew from the accord and re-imposed the “toughest ever” sanctions on Tehran.

“The draft resolution was dropped due to extensive diplomatic efforts in Tehran, Vienna and the capitals of all members of the [IAEA] Board of Governors, particularly the three European countries, and through the cooperation of China and Russia,” Saeed Khatibzadeh said on Thursday.

Khatibzadeh expressed hope that the development would keep open the path of diplomacy initiated by Iran and the International Atomic Energy Agency and prepare the ground for the full implementation of the Joint Comprehensive Plan of Action (JCPOA) – the Iran nuclear agreement – by all parties to the deal.

“Iran hopes that the participant parties to the JCPOA would be able to seize this opportunity and guarantee the full implementation of the JCPOA by all sides through serious cooperation,” he added.

The remarks came after a US-backed draft resolution that voiced “serious concern” about Iran’s reduced cooperation with the IAEA was scrapped in a bid to make room for diplomacy. Britain, France and Germany had lobbied for the IAEA Board of Governors to adopt the resolution, but they were faced with a strong backlash on Iran’s side.

On February 23, Iran halted its voluntary implementation of the Additional Protocol that allowed the IAEA to carry out short-notice inspections at its nuclear facilities. Later, IAEA Director General Rafael Grossi visited Tehran to discuss the issue. During his visit, Tehran and the IAEA reached a technical understanding that was embraced by both sides.

Meanwhile, Iran’s ambassador to international organizations in Vienna said in response to the Thursday development that wisdom ultimately prevailed at the IAEA Board of Governors.

“As a result of extensive diplomatic efforts, the process of adopting an anti-Iran resolution at the Board of Governors was halted,” Kazem Gharibabadi told reporters.

He criticized the bad-faith actions of certain countries and their efforts to exploit the IAEA for bargaining purposes, but welcomed the vigilance and tactfulness shown by members of the IAEA, especially the Board of Governors and the watchdog’s director general, to prevent unnecessary tensions and preserve the available opportunities for diplomacy.

Iran’s ambassador then enumerated four reasons why the European countries gave up the resolution.

“The first reason was unwillingness of the Board of Governors’ members to adopt this resolution as they considered it to be counterproductive under the current conditions. The second reason was the concern on the part of the three European countries about Iran’s possible reaction to the adoption of the resolution.

The third reason was lack of technical justification for this resolution after the director general’s remarks about the need to continue talks with Iran. And the fourth reason was concern about serious backlash that the resolution could have produced as a result of undermining the ground for further cooperation.”

Gharibabadi also thanked China and Russia for their principled stances on the resolution, urging the three European countries and the United States to take advantage of the existing diplomatic opportunities to return to effective and complete fulfillment of their commitments under the JCPOA and the United Nations Security Council Resolution 2231.

“Iran will answer good will with good will,” the ambassador said.

In remarks on Monday, Grossi said the issue surrounding the IAEA’s nuclear inspections in Iran should not be used as a “bargaining chip” in any talks on the JCPOA. “The inspection work of the IAEA must be preserved… (it) should not be put in the middle of a negotiating table as a bargaining chip,” he said.

Russia’s Permanent Representative to the international organizations in Vienna, Mikhail Ulyanov, also commended the three European countries for dropping the adoption of the controversial resolution.

“Wisdom prevailed,” Ulyanov said via Twitter. “The resolution could have led to uncontrolled escalation. Now diplomacy has a real chance to succeed.”

Germany, France and UK announced in the #IAEA Board of Governors that they will not push for adoption of a controversial resolution on #Iran. Commendable. Wisdom prevailed. The resolution could have led to uncontrolled escalation. Now diplomacy has a real chance to succeed.

AEOI spokesman: Iran will not submit to pressure, threat

Reacting to the announcement on Thursday, the spokesman for the Atomic Energy Organization of Iran (AEOI) said the European countries’ plan to issue an anti-Iran resolution at the IAEA was wrong from the very beginning.

Speaking to reporters, Behrouz Kamalvandi said, “It is clear that all talks about [such] resolution were wrong from the very beginning. Iran’s measures to reduce its commitments [under the JCPOA] and the [passing of] the law to take strategic action to remove anti-Iran sanctions and safeguard the interests of the Iranian nation were in fact consequences of clear violation of the JCPOA by other parties.”

He added, “We have always said that Iran will not submit to pressure and threat under conditions that it has been cooperating with the agency at the highest level.”

Kamalvandi said before talking about Iran’s commitments and performance, the United States and European countries must be held to account for the blatant violation of their own commitments and Europe’s inaction to remove [anti-Iran] sanctions.

He said, “It is clear that when they have not fulfilled their commitments, recourse to such methods as adoption of [an anti-Iran] resolution would have no other result, but to scuttle what has remained from the JCPOA.”

Meanwhile, Grossi said on Thursday that the UN nuclear watchdog plans to start a “technical” dialog with Iran aimed at advancing the process of obtaining explanations on outstanding issues such as uranium particles that were allegedly found at old, undeclared sites.

“I’m … aiming at having a far more clear understanding of this issue by the summer or before,” he told a news conference.

He added that the first meeting would be in Iran in early April and he hoped to report back to the IAEA board on progress by June.

“This week, I raised the issue again with colleagues in Tehran and here with the permanent mission and finally, we were able to have an understanding and we are going to be starting this process of focused analyses of the situation with a technical meeting which will take place in Iran at the beginning of April,” he said.

Iran’s recent decision to scale back its cooperation with the IAEA comes while Tehran and Washington are at odds over which side should first return to full compliance with the JCPOA, which was initially abandoned by former US President Donald Trump in 2018.

Trump’s withdrawal from the JCPOA was followed by what his administration termed as the “maximum pressure” campaign against Tehran. Tehran remained compliant with the nuclear deal for a year, but started to reduce its nuclear undertakings due to the failure of the remaining parties to the agreement to preserve Tehran’s rights under the accord.

Tehran maintains that the US must first lift the illegal sanctions to open a path for a mutual return to the JCPOA.

Meanwhile, Turkish President Recep Tayyip Erdogan also said on Thursday that lifting the US sanctions on Iran and returning to the JCPOA will contribute to regional stability and economic prosperity.

Ankara, which itself has come under Washington’s sanctions for purchase of Russian defense systems, has on numerous occasions called for a lifting of US sanctions on Iran and a return to the JCPOA.

Last month, Erdogan told Iran’s President Hassan Rouhani in a phone call that he saw a window of opportunity for Iran and the US, adding that he wanted the sanctions to be lifted.

“President Erdogan, who stated that he wished the new US administration would abandon unilateral sanctions on Iran and lift restrictions on the prosperity of Iranian people, said the statements on the issue in recent days had led to a new window of opportunity,” the Turkish presidency said in a statement on February 21.