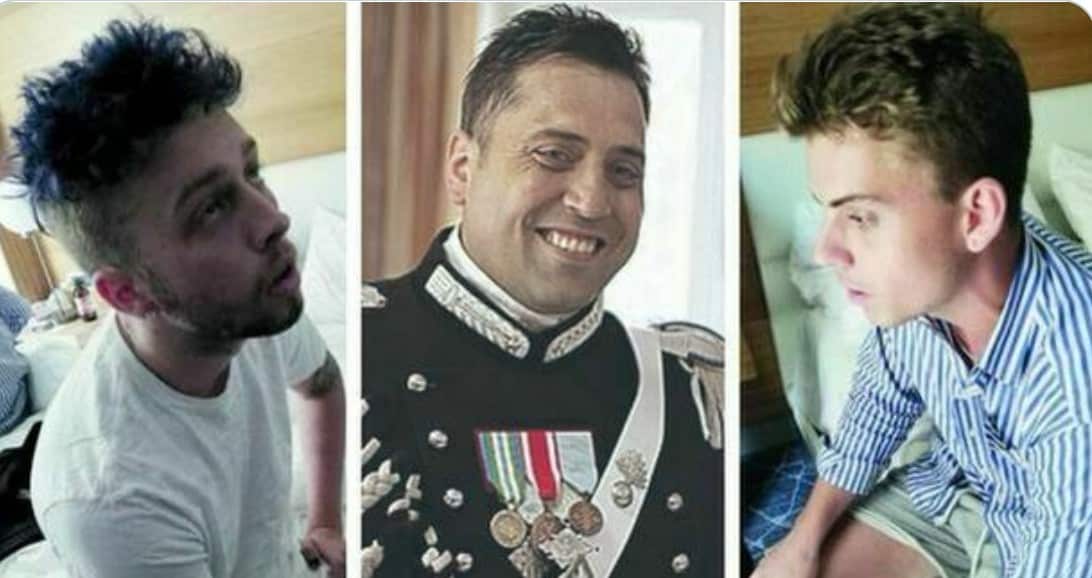 VT: This one is obvious.  If the police were actually working as police and not enforcers for the drug dealers, their first move would have been to arrest the drug dealers and not accompany them to a meet to use force to get their drugs and cash back from people they ripped off.

If the drug dealer was a police informant, the kids are not guilty.  If he wasn’t, the other officer should be arrested as well and, of course, the drug dealer.  Then arrest the kids for trying to buy drugs.  This is the real law.

VT faces criminal charges in Italy simply for reporting this factually.  No, we aren’t kidding…

Guardian: A Rome prosecutor has called for two American students accused of murdering an Italian police officer to be sentenced to life in prison.

Cerciello Rega was murdered and his colleague, Andrea Varriale, injured after the officers, both in plainclothes, were confronted by Elder and Natale-Hjorth in the Prati district of Rome as they attempted to investigate a bag snatch.

Earlier in the evening, Elder and Natale-Hjorth, who were in the Italian capital on holiday, had tried to buy cocaine in Trastevere, a popular nightlife area. A middleman took them to a drug dealer, who sold them aspirin instead. In retaliation, they snatched the middleman’s bag, which contained his mobile phone, and fled before allegedly demanding a cash ransom and cocaine to return the bag.

The middleman was able to contact the pair after calling his phone, and arranged to meet them in the Prati district. But he had also contacted the police after reporting the theft, and so the two officers went to the site.

The defendants, both from California, said they mistook the officers for criminals associated with the middleman.

Elder admitted stabbing Cerciello Rega multiple times, but said he and Natale-Hjorth were jumped by men they thought were drug dealers.

He added: “When those men approached they immediately attacked us like they wanted to rob or hurt us without saying a word and without showing any ID or any other object. They didn’t even say ‘polizia’, which sounds like the English word police.”