[ Editor’s Note: I don’t know if this story had gotten lost, or if Iran had been saving it for a special use, like now. I have never heard of the Sardasht chemical bombing.

When last in Iran, I had young people ask me about the Iranian airliner that got shot down by the US destroyer Vincennes. When they further grilled me on why the captain had gotten the Medal of Honor for the act, I was blown away over how I could have missed that.

After research, I found that the Navy captain William C. Rogers, III, actually received the Legion of Merit for his tour. The final report shows he was criticized in comments made by other officers at the time as an aggressive officer, the kind looking to get some combat distinction put on his record.

In pursuit of that, he had actually used his Aegis destroyer to engage Iranian gunboats, which was overkill on steroids. I view the Legion of Merit award as the Navy’s way of trying to put flowery wallpaper over the event.

These overseas trips can be great for the interactions that one would never get otherwise. That included lots of people who had relatives killed by Saddam’s missile use in random bombardments of Iranian cities. And they remembered being in the bomb shelters as kids with the crying women.

Iranians don’t forget these events, nor should they. But despite the past issues with the US, they treated the New Horizon tour members with the greatest respect.

They all wanted peace with the US, as they knew a foot would remain on the brake pedal for turning their economy around and holding back their plans and dreams. Nothing has  really changed much since then… Jim W. Dean ] 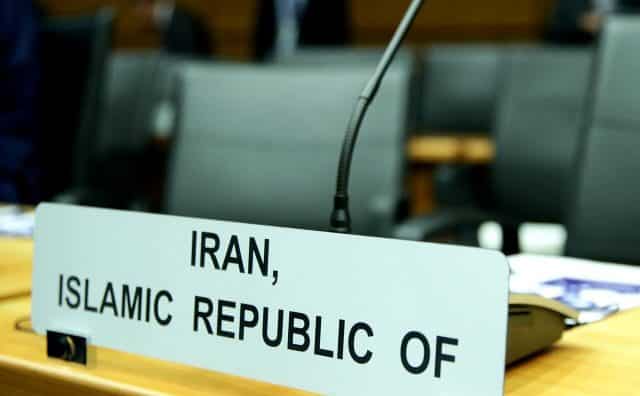 The head of the Iranian Judiciary’s High Council for Human Rights says Iran has filed lawsuits in international courts against European companies that provided chemical materials to former Iraqi dictator Saddam Hussein’s regime, who used chemical weapons against Iranians in the 1980s war.

Ali Baqeri-Kani made the remarks on Thursday in a meeting with families of the martyrs of the Sardasht chemical bombing during a visit to West Azerbaijan Province.

Baqeri-Kani said the Judiciary has filed lawsuits for more than 200 of the victims of Saddam’s chemical attacks, and final verdicts have been issued for 70 of the cases.

“The governments that are exerting the highest amount of pressure and the most extensive sanctions against the Iranian people today are the ones that provided Saddam with chemical weapons, prevented international action against the Ba’athist regime and prevented media coverage of Saddam’s crime,” he stated.

The official went on to invite Western rulers to hold their next so-called human rights meeting in Sardasht, so that they closely see the effects of their atrocities against the Iranian people.

Those governments, he continued, consciously and deliberately produced and sold chemical weapons to Saddam, supported him in the international arena and suppressed media coverage of his crime in order to shift public opinion in their favor.

Sardasht was the third city after Japan’s Hiroshima and Nagasaki to become the target of weapons of mass destruction. At least 110 people were killed and 5,000 more were injured during the attack.

Iraq have launched over 350 large-scale gas attacks along the Iran-Iraq border between 1980 and 1988 on combatants and non-combatants, leaving behind over 107,000 victims.

As many as 2,600 of that total died at the time, and more than 45,000 others were left in permanent need of treatment.

Saddam possessed a huge arsenal of chemical weapons, which were reportedly produced using materials supplied by the US and other Western countries. Iranian officials have on numerous occasions urged the international community to bring the perpetrators to justice.