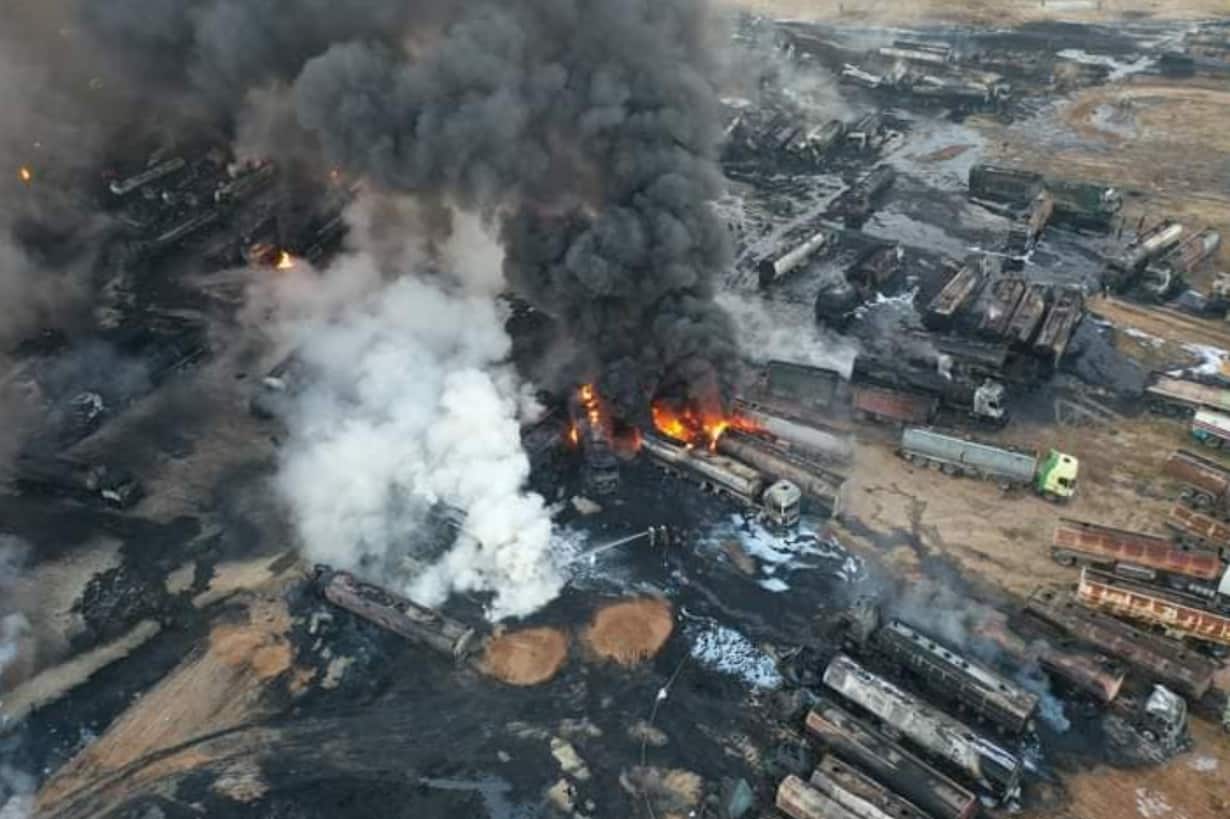 VT: Photos of al Qaeda led “White Helmets” trying to save their oil trucks. Once might ask why an NGO claiming to do civil defense work would be running oil refineries. One might also ask where they got the oil. 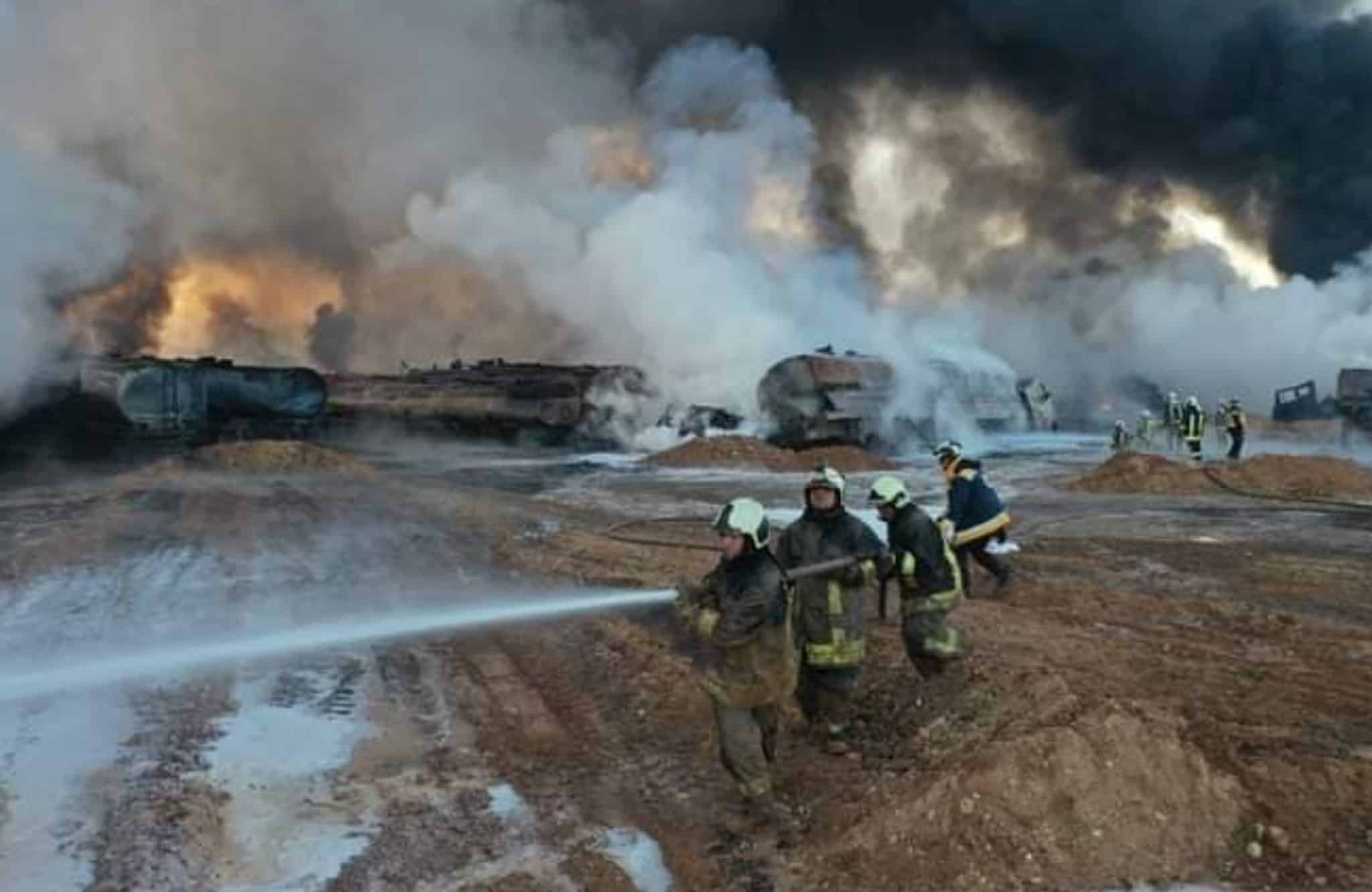 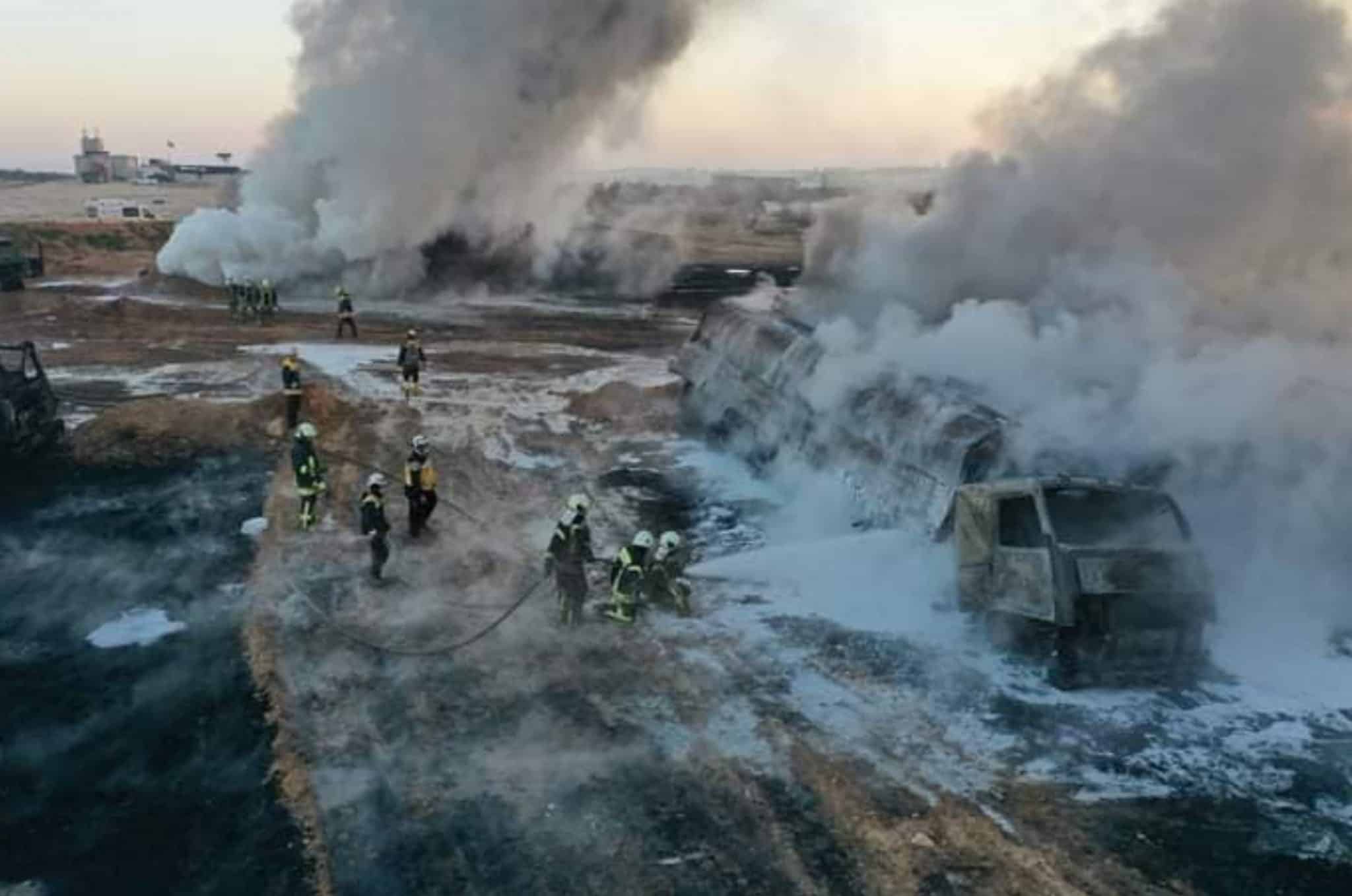 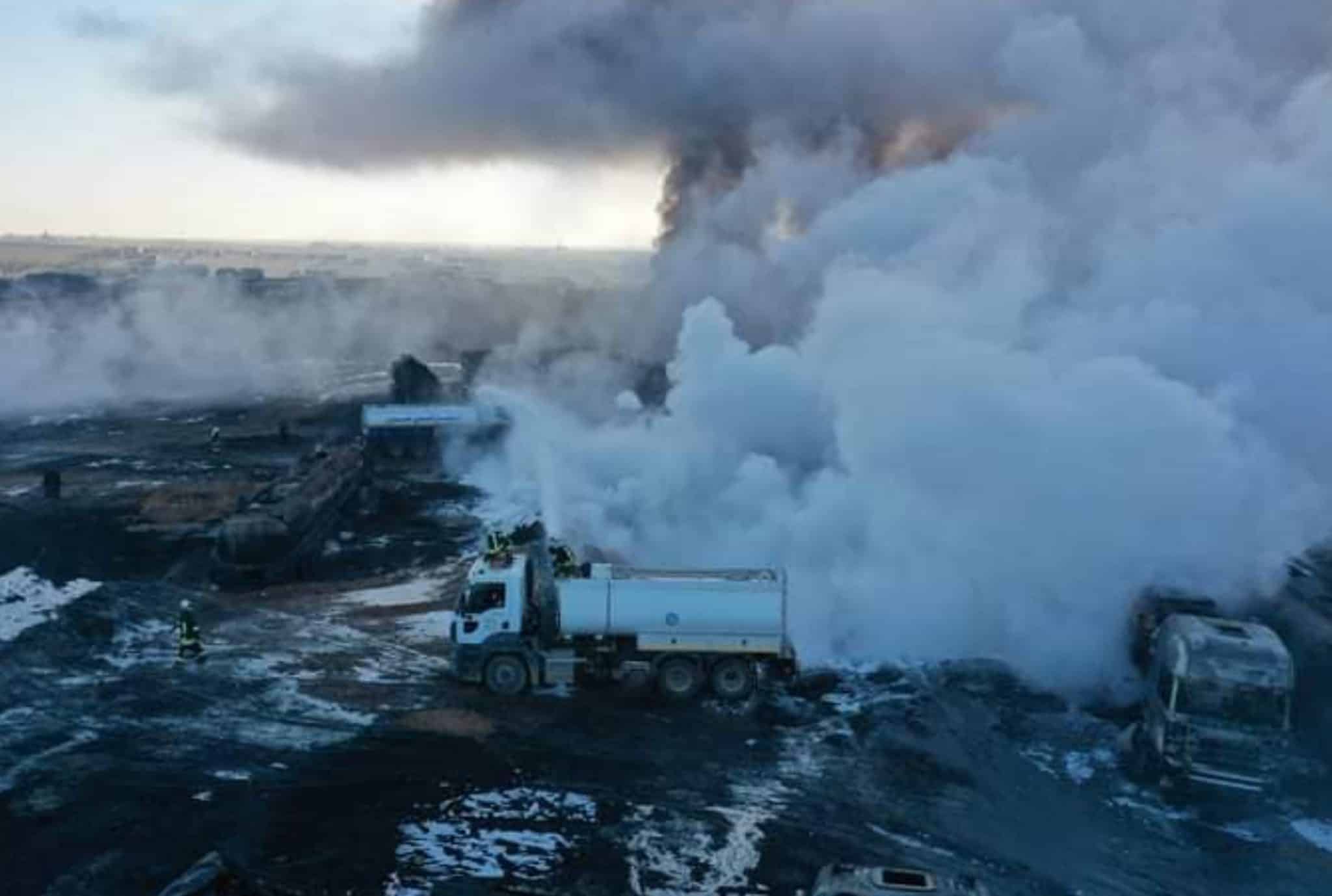 The bearded men in the basements whisper that the missile attack on the oil refinery complex of the pro-Turkish militants in the area of ​​Tarhin (north of city of Al-Bab) in Aleppo province was inflicted by 🇷🇺#Iskander.🎉#Russia #Turkey #Syria #syriabombing pic.twitter.com/P8iKb2de3k

VT: Yesterday, Russian aerospace forces using Iskandar and Tochka U missiles hit heavily defended oil processing facilities in the towns of al-Bab, Manbij and Jarablus inside Syria.  These facilities were processing oil stolen from Syrian oil fields occupied by the United States, al Qaeda and ISIS and developed by Saudi Arabia.  Oil was being trucked to these refineries by a Kurdish/Erbil company owned in part by the family of Turkish Prime Minister Erdogan.

Turkey responded by an artillery attack on a Russian military base near Ain Issa.

The facilities themselves were being operated by the White Helmets, an NGO financed by the US State Department and Britain’s MI 6.  The White Helmets have long been accused of being allied with al Qaeda and ISIS and for taking part in gas attacks on the Syrian people, staged to justify air attacks protecting terrorist forces.

The first missile strike was carried out on the parking lot of fuel trucks in Jarablus at the Al-Hamran checkpoint. The object is located in the territory controlled by the pro-Turkish formations and the “Syrian Democratic Forces”. As a result of the impact, 3 people were killed and another 18 were injured. (RiaFan.ru)

Just In: An Explosion Is Also Reported At A Fuel Market In The Village Of Tarhin Reports Of Russian Battleships Responsible#Syria pic.twitter.com/ceKt0JMgi2

The second missile attack was carried out on the oil refinery complex of the pro-Turkish militants in the area of ​​the settlement of Tarhin, north of the city of Al-Bab in the Aleppo province.

Video Showing The Aftermath Of The Missle Attack That Struck The Area In Tarhin #Syria pic.twitter.com/v8qsElRFDF

Trump’s policy in Syria has been one of starvation and decimation of the civilian economy in coordination with Turkey, Bahrain, the UAE and Saudi Arabia, all now puppet states of Israel.