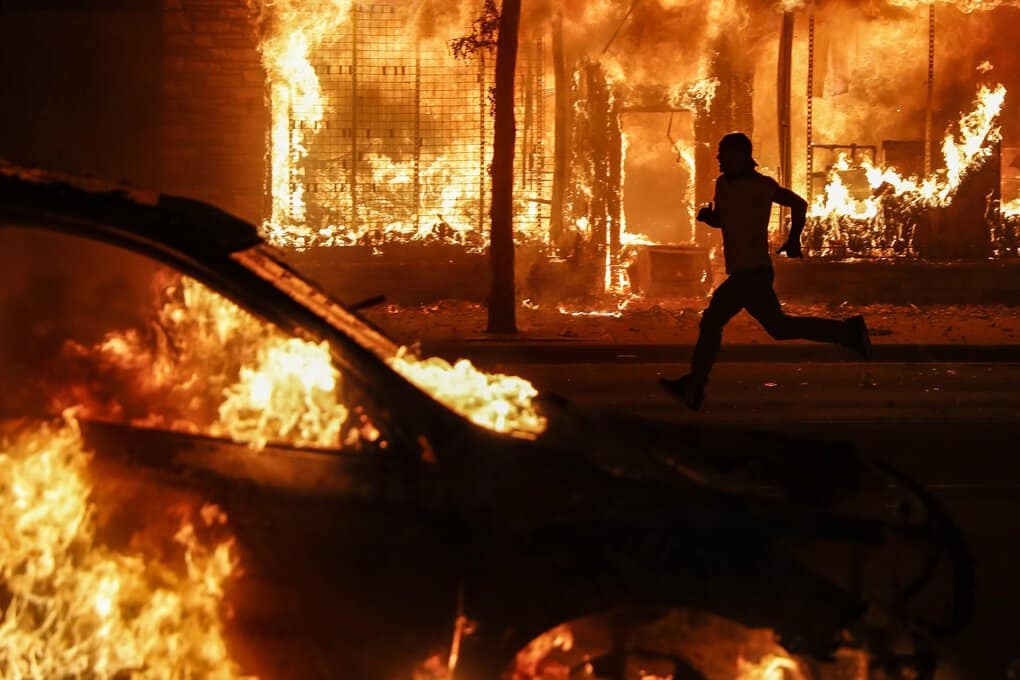 If you still don’t think that the Black Lives Matter movement was born out of an ideological need to disrupt the social order, to create chaos in major cities in America, and to make decent people look bad, then pick up just a few articles from the Atlanta Journal Constitution. The answer may surprise you:

“Two weekends ago, a Grammy-nominated rapper driving a Bentley, said some gunmen chased his vehicle, shooting at him and causing his vehicle to overturn. They got out, he said, and apparently tried to finish him off although the targeted man, known as Cyhi the Prynce, scrambled away.

“Last weekend, an armed crew fired 20-plus shots at those filming a rap video in an Atlanta scrapyard, causing people to run for their lives. Two men were shot and survived. The rappers, Roddy Ricch and 42 Dugg, were not harmed.

“And this week, Atlanta rapper Killer Mike is pleading for sanity after his barbershop in South Fulton was shot up.”

The journal even goes on to say:

“Last year, at least six rappers and one music producer were shot to death in Atlanta. Also, another six people who were with them, or were at a music shoot, were killed. On top of that, two rappers were charged with murder.”[1]

Listen very carefully to Bill Torpy, the author of the article that was published by the journal: “I contacted Cyhi the Prynce, aka Cydel Charles Young, and asked if this surprised him. No, he wrote in a long text from the hospital where he was getting treated, ‘because it’s like the hunger games out here. It’s like putting a bunch of lions in one zoo and telling them to share a piece of the food. There’s always going to be tension in those scenarios, so no I’m not surprised.’”[2]

This problem started last June, when a truck drove by a crowd of people and then gunshots began to occur, during which Christopher Weaver, 25, and Semaj Jones, 17, lost their lives. The following month,

“a rapper named Rudolph Johnson, known as Lil Marlo, was shot to death as he drove on I-285. On July 22, two men were killed at a music studio on Donald Lee Hollowell Parkway. Cepada Hilton, 39, an aspiring producer who was out on bond on a murder charge, was the intended target. Gary Turner, 31, who happened to be near him, also died. Two days later, 18-year-old rapper Raezion Boyd, who went by Rae Rae and had just been signed to Motown Records, was shot to death outside a house party.”[3]

The stories go on and on. My fundamental questions again and again are simply these: Why don’t CNN, the New York Times, the Washington Post, and much of the Zionist media talk about these issues? Didn’t the entire Zionist superstructure beat the average American to death over the George Floyd debacle? Didn’t the entire phenomenon become global because of the media?

Why don’t they write about these issues, if they are really seeking the truth and not following a wicked ideology? Do these people really want to tell us that they are completely oblivious to what is happening in Atlanta? How stupid can we be?