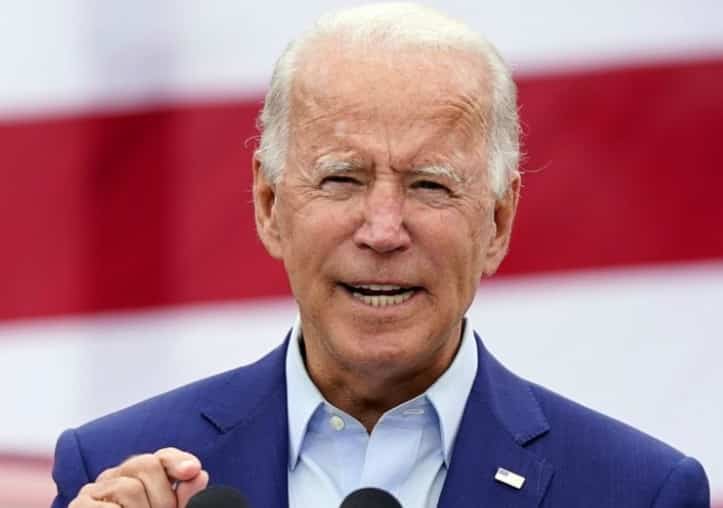 …by Richard Cook for VT

President Joe Biden’s $1.9 trillion Covid Relief Bill, AKA “The American Rescue Plan”, passed Saturday night in the Senate on a party line vote of 50 Democrats vs. 49 Republicans. The Plan may be viewed by history as the start of an entirely new era of U.S. governance.

The Plan is being viewed by many as a resurgence of the New Deal, and with good reason. Government that benefits all the people, not just the elite and their trickle-down minions, is back. It may not be Utopia, but that is always a pipedream. The point is, it will serve and it is fair.

The Republican Party, like Captain Ahab in his fury at the White Whale, has lashed itself to the mast of the Donald Trump shipwreck.

Going down with the ship are four decades of American-style neofascism, starting with the architects of the “Reagan Revolution” of the 1980s, and extending through Newt Gingrich’s “Contract with America” and his attacks on Bill Clinton.

This was followed by Bush/Cheney’s post-9/11 endless war regime, Alan Greenspan’s housing bubble and its 2008 collapse, the destruction wrought against President Obama’s legislative program by Mitch McConnell’s senatorial terrorism, then culminating naturally in Donald Trump’s catastrophic four years of arrogance and buffoonery riding the wave of Nixon’s Southern Strategy legacy and its racist and apocalyptic Evangelism.

The end was a perfect reflection of the increasing madness of these four decades of Republican extremist misrule in the January 6 Capitol assault freakshow where the Trumpian hordes rushed from the rally on the Ellipse to obey their master’s voice in an attempt at violent overthrow of the Republic after the boss fairly lost the 2020 presidential election to Biden, who is in fact the senior Democratic Party statesman of the modern era.

Despite some compromises along the way, Biden is himself a New Deal-type figure, and an Irish Catholic, who had been serving in the Senate for so long he was able to become Obama’s vice-president with scarcely a ripple.

Inevitably Biden became the Democratic Party’s 2020 presidential nominee, with the Party’s establishment recoiling in horror at the prospects of the selection of Vermont Senator Bernie Sanders due to the growing strength of its youth-dominated progressive wing. Of course Sander’s imprint on the American Rescue Plan is now there for all to see.

The catalyst for change became the Covid epidemic of 2020-21 that Trump and his gang failed miserably at getting under control. The resulting economic collapse left a third or more of American society bereft and broke.

Bipartisan legislation with relief checks totaling $1800 per person for lower to mid-income brackets brought a smidgeon of relief but left millions without jobs, rents and mortgages unpaid, state and local government revenues collapsing, and unemployment benefits running out. Not to mention the total absence of a Covid vaccine production and distribution plan due to Trumpian negligence that some call tantamount to mass murder.

So the Biden administration decided to “go big.” The Republicans, with nothing positive to offer and self-incriminated by failing to oppose Trump’s lies about his supposed “landslide” victory being stolen away, could only oppose. For the sake of argument and perspective, let’s just call it treason.

Republican carping about the federal deficit had long ago been exposed as a chimera by their own budget-busting tax cuts and military boondoggles of Reagan, the Bushes, and Trump himself. Their claims that suddenly they were the real representatives of America’s working class who wanted merely to keep public money from going to the well-to-do were just a joke.

Meanwhile Republicans in states where they control the statehouses and legislatures have been falling all over themselves to introduce legislation to keep so damn many poor and colored people from voting next time around. Total intellectual, moral, and political bankruptcy. Yet most white evangelists and their thuggish cop-killing friends in clown costumes have kept on cheering.

Item: The American Rescue Plan passed the Senate due to the “Georgia Miracle.” Due to the exigencies of the electoral system, run-off elections for both its Senate seats took place in Georgia on January 5.

Amid publicity from Trump’s attempt to get the Georgia Secretary of State Brad Raffensperger to shift Georgia’s electoral votes from Biden to himself, Georgia’s voters turned out in large enough numbers to elect Democrats Raphael Warnock and Jon Ossof.

To have those two gentlemen present last Saturday night to make the difference in passage of the American Rescue Plan is one of the great political ironies of the age and will not be lost when historians write the accounts of these amazing few weeks. Meanwhile, Trump and his friends are being investigated for conspiracy and racketeering by Georgia law enforcement officials.

Item: One of the questions of the hour is whether Joe Biden and the Democrats who now control the Senate will have the courage and ability to move forward without Republican participation in passing new voting rights legislation that can secure fair elections in the future. We certainly hope that they will.

Item: Can Biden and his team bring us into a new era of world stability by reigning in Israel, making peace with Iran, and adapting to a multipolar world that respects our allies in Europe while maintaining a tough but fair stance in dealing with Russia and China? I’ll offer a hopeful “yes” on this too.

Item: Can Biden and his Justice Department hang tough and bring an effective end to white nationalist terrorism such as the brand that led to the January 6 assault on the Capitol?

Item: Along similar lines, can the U.S. firmly and decisively reject the excesses of religious extremism that has held U.S. politics in a stranglehold for so long? Yes, we hear what you are saying about abortion. No one in his right mind thinks abortion is a great thing. But are you telling us that we should return to the era of dark alleys and clothes hangers?

Don’t you realize that the major reason for unwanted pregnancies is poverty, especially among African-Americans? Don’t you understand how destructive poverty is to all normal human values? So why don’t you work to support the reduction of poverty as the American Rescue Plan seeks to do?

And why don’t you start to realize that the U.S. is and will remain a multi-cultural society, where all faiths and religions have a place, including numerous brands of Christianity, as well as faiths such as Islam and Buddhism with their millions of American followers, as well many more millions who identify themselves as “spiritual but not religious,” or those who seek to be good citizens without professing any faith at all?

So let’s hope that part of the new era in U.S. governance is real religious freedom and an end to race and religion-based political bigotry.

I want to say a word on behalf of Bernie Sanders. He calls himself a “Democratic Socialist,” and I think I understand what that means. But he is not a communist. He does not advocate a takeover of business by the government except in a fairly limited sense as it relates to adopting “Medicare for All.”

But even Medicare has a role for private enterprise through Parts C and D and the Medicare Advantage plans. What Bernie Sanders is asking for is that the wealth and benefits generated by our powerful economy that combines capitalism with government activism should benefit everyone, not just the rich and powerful.

This is entirely reasonable. It outlines a system akin to that of Germany in the post-World War II era, where Konrad Adenauer and his associates built a society based on responsible capitalism combined with provisions for the health and welfare of all citizens.

Germany today is a model of sane democratic governance. Similar systems prevail in Denmark and the other Scandinavian countries and increasingly mark the prevailing hopes of the rest of Europe, Russia, India, China, and much of the world.

Only Great Britain under Margaret Thatcher and the U.S. under Ronald Reagan chose to take a route based on Reagan’s infamous maxim that “Government is the problem, not the solution.” Today Britain continues down that road. Its latest manifestation is Brexit—AKA, national suicide, perpetrated because the rich Tories don’t want to pay EU taxes. The equivalent in the U.S. was Trumpism.

The American Rescue Plan can begin to change things, but the work is far from done.

As a Policy Analyst for the U.S. Government from 1970 until 1986, Cook’s career included service with the U.S. Civil Service Commission, the Food and Drug Administration, the White House Consumer Office, and NASA. From 1986 until 2007, Cook served as a Project Manager for the U.S. Treasury Department, Financial Management Service (FMS).

Now retired from 32-years of government service, Cook works as a writer and private consultant with particular focus on Monetary Reform. His articles on economics, politics, and space policy have been published in numerous magazines, newspapers and websites, and have been translated into several languages.

A leading spokesman for Economic Democracy, Cook’s most recent book, We Hold These Truths: The Hope of Monetary Reform was published in 2009.

He is also author of In the Footsteps of the Yogi: The 1999 U.S. Tour of Sri Sri Sri Shivabalayogi Maharaj, and was recently named the U.S. director for White Light Books, a company based in Australia that focuses on the merging of public affairs with world spiritual currents.