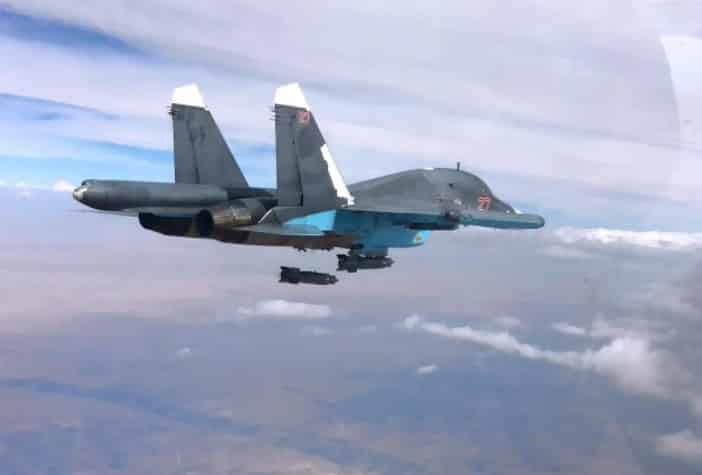 According to Iranian news agency Fars, Russian air force bombed Daesh terrorist positions in the Syrian desert on Friday, killing 11 of them.

After three days of calm, Russian warplanes, which took off from the Hmeimim air base in western Syria, targeted 60 times various Daesh positions in the areas between Aleppo, Hama and Latakia, as well as the eastern desert of Homs.

Over the past year, ISIS terrorists have killed four oil rig workers, 11 shepherds and a little girl in a series of attacks on civilian positions in the Syrian desert. During the same period, 809 Daesh terrorists were killed in attacks carried out by the Syrian and Russian armies and their allies.

Last month, elements of Daesh launched several attacks against Syrian army positions and allied forces from the eastern part of US-occupied Syria, in particular the al-Tanf region, this month. which led the Syrian army to clean up the desert areas between Deir ez-Zor and Homs.

It comes as on Friday, March 5, late in the evening, a large-scale missile strike targeted oil traffickers’ facilities and equipment in Turkish-occupied areas on the northern Syrian suburb of Aleppo.

According to the Southfront news site, at least two ballistic missiles hit the al-Himran crossing point and a nearby oil market near the town of Jarablus near the border with Turkey. Traffickers smuggle oil produced illegally by the Syrian Democratic Forces (SDF) in northeastern Syria to areas occupied by Turkey through the al-Himran crossing point.

The missiles and rockets were reportedly launched from the Syrian coast, where the Russian Hemimim air base is located, and from the outskirts of the city of Aleppo.

According to an initial report by the London-based Syrian Observatory for Human Rights, a media showcase for the pro-Western opposition, one man was killed and at least ten others were injured in the strikes.

Last week, a similar missile targeted makeshift refineries and storage tanks in the village of Mazaalah southwest of the town of Jarablus.

It was the largest missile strike against oil traffickers in areas of Turkey occupied by Turkey to date. Russian forces and the Syrian army were clearly behind the strike. Moscow and Damascus are apparently determined to end the illegal production and trafficking of Syrian oil by the SDF and Turkish proxies.