[ Editor’s Note: If you did not know that Lindsey was a political animal, you have his confession below. VT has always considered him such, but the suckers in South Carolina seem to keep sending him back to Congress, proof that we definitely have an imperfect form of government.

His devastating line is that, despite the Trump led insurrection, which to him is simply a meaningless radar blip, he now advocates a Trump that could make the Republican Party stronger and more diverse (lying through his teeth on the latter) or he could destroy it. Where is Socrates when you need him?

Only a sociopath could make a statement like that, turning both ends against the middle.

That said, this all looks like political staging to me. Trump’s retreat back into politics is primarily for him to find a safe haven against the prosecutions he knows are coming his way, while his financial empire comes crashing down around him.

He can use his running for president to claim that the prosecutions are nothing more than blocking him from saving the country from the ‘Biden communist take over’. I even heard this term used by members of a patriotic veterans org, to my shock.

The Koolaid is often more powerful than people’s brains, including those who take an oath to defend the country from all enemies, foreign and domestic.

What our fake American, Mr. Graham, revealed to us today is that he is just fine with supporting domestic enemies taking over the country. Democrats did not attack and stuff ballot boxes to win the election, but we know the Trumpsters were willing to kill to block the election certification.

The motivation for such a political position is plain for all to see. Lindsey does not see anything positive in crushing the insurrection movement, and neither does Trump. They are coming for us again… Jim W. Dean ] 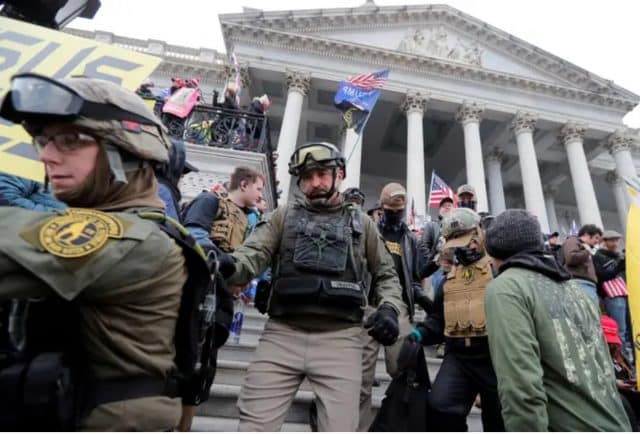 Sen. Lindsey O. Graham’s relationship with former president Donald Trump has contained multitudes. He was arguably Trump’s biggest critic on the 2016 debate stage, saying that nominating Trump would deservedly destroy the party, but he later became one of Trump’s biggest Senate allies.

On Sunday, though, Graham (R-S.C.) described the relationship between Trump and the GOP in starker terms: as something akin to a hostage situation.

In a must-watch interview with Axios on HBO, Jonathan Swan pressed Graham on why he continued to stand by Trump. Swan noted that Trump is no longer in office, that he pushed lies about the 2020 election being stolen that resulted in the Capitol riot, and that Graham just won reelection — meaning his apparent 2020 considerations may no longer apply.

SOURCEWashington Post
ATTENTION READERS
Due to the nature of independent content, VT cannot guarantee content validity.
We ask you to Read Our Content Policy so a clear comprehension of VT's independent non-censored media is understood and given its proper place in the world of news, opinion and media.