VT: As a member of the royal family (really), I am so very glad our folks fled to the US in 1782 (and later to Canada which threw us out).  The last Duff princess, Beatrice, died in 1959.  Back during the 50s, my millionaire aunt, married to a casino owner, went to the UK on the Queen Mary to re-establish our family titles.  After that she began calling my father “Lord Lockhart.”  Dad was a lifelong communist, labor organizer and civil rights advocate.  He didn’t care much for any of this.

A few years ago, while representing the UAE’s version of royalty, I spent some social time with the queen’s closest associates, all very nice people, including General Sir Michael Rose.  Other than beyond not fitting in…not even close…the diseased nature of some aspects of the UK became very clear.

Like so many Americans with service backgrounds, I spend much time in the UK (and Germany/Italy).  I love the UK, have a “hometown” there (Fairford) and many good friends.  I would have admitted, long ago, that the UK, Ireland, Iceland and Canada should well have been part of a real United States.

Had this been done after World War II, much suffering would have been mitigated.  Britain suffered horribly.  Also, the American political system could have used mitigation, 16 senators from the UK, four from Ireland (collectively) and two from Iceland.

Add ten more from Canada and the US might well have ended up far more democratic than it has.  There is so much more and this should yield a decent discussion.  I spent much of my childhood in Canada, the border with Detroit was totally open, simply a bridge or tunnel toll.  That and my family established the city of Windsor (Alexander Duff) and, to an extent Toronto and Hamilton.

I am also suggesting that this should possibly go forward except that maybe we should all join Iceland which seems to be politically superior to all of us.  While in Scotland recently with Robbie (VT Scotland), I got a very different view of Skye in particular.  Robbie is a political activist (extremist).  Lots learned.  Normally I am up in Speyside with the Grants and Duffs.  Scotland is beautiful, it is also a rathole, like West Virginia with a different accent.

This may have been what Soros had in mind with ‘open borders.’

A case might well have been made, at some point, for Norway and Sweden as well.

The key is mitigating political extremism and returning government to its original purpose, to form a “more perfect union” for promoting the common good.

The admission, that the US is and will continue to be a failed state as it exists now…

Guardian: The Duchess of Sussex suggested her son Archie was denied his birthright of the title of prince by the palace and that the decision went against protocol.

She spoke of her shock at being told he would not get police protection because he did not have a title, and suggested that the decision was taken because of his mixed race. 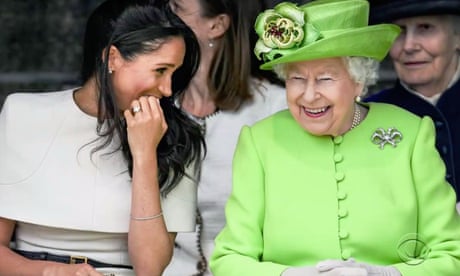 She was clearly upset at the “idea of the first member of colour in this family not being titled in the same way that other grandchildren would be”.

“It’s not their right to take away,” she told Oprah Winfrey.

She was asked by Winfrey: “Do you think it’s because of his race?”

Meghan replied: “In those months when I was pregnant, all around this same time, so we [had] the conversation of he won’t be given security, he’s not going to be given a title.

“And, also, concerns and conversations about how dark his skin might be when he’s born.”

Under protocols established by George V in letters patent more than 100 years ago in 1917, the children and grandchildren of a sovereign have the automatic right to the title HRH and prince or princess.  read more…