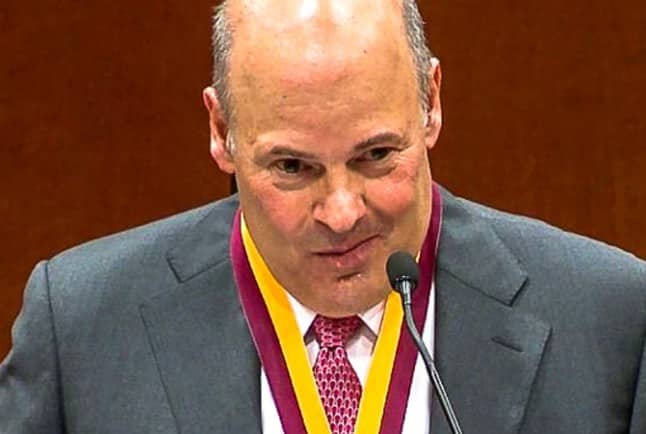 A Democratic congressman is demanding that the Securities and Exchange Commission investigate a shady $54 million purchase of Oshkosh Corporation stock just hours before scandal-ridden Postmaster General Louis DeJoy announced the decision to award that company with a lucrative 10-year contract to produce a new, largely gasoline-powered fleet of U.S. Postal Service delivery trucks.

EV maker Workhorse plunged on Tuesday after a key contract for Postal Service vehicles that some had expected it to win went to rival Oshkosh instead https://t.co/gxDp3Qvtke

“This contract was awarded to Oshkosh Corporation and is worth up to $6 billion,” Rep. Tim Ryan (D-Ohio) wrote in a letter to Acting SEC Chair Allison Herren Lee on Monday. “I write to pass along reports of what might be unusual trading of Oshkosh stock that took place less than 24 hours before Postmaster General Louis DeJoy publicly announced the contract decision in front of a House panel on February 23rd.”

“It definitely stinks and needs to be looked into at the highest levels. If that is not suspicious, I don’t know what is. Somebody clearly knew something.”
—Rep. Tim Ryan

“Specifically, an over $54 million purchase of OSK, made 20 hours before Mr. DeJoy’s announcement, was brought to my attention on social media and in news reports,” Ryan continued. “Additionally, it is my understanding that the OSK stock rose significantly prior to the announcement. Given the gravity and serious implications of this contract, I am writing to request that the Securities and Exchange Commission look into this issue as soon as possible.”

@USPS awarded the contract to #Oshkosh needs to be investigated! @Workhorse_Group $WKHShttps://t.co/7NPZgHmqKZ