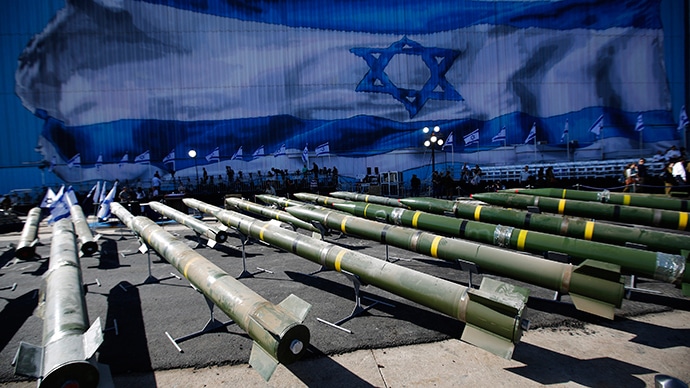 JEA: When U.S. officials finally learned about Israel’s nuclear weapons back in the 1970s and 80s, they were completely shocked because they had underestimated Israel.

The officials admitted when they first saw some of those warheads, “Our thought was ‘Holy shit!’ How could we have been so wrong? We always said, ‘So the Israelis got ten warheads? Okay. So what? Anybody can build those.’ All of a sudden we learned they’d become sophisticated. It blew everybody’s mind.’”[1]

Others in the Reagan administration were “paranoid.” One official declared, “It was kept away from the people at Z Division [a special group that provides the United States Intelligence Community with information about foreign nuclear programs].”[2]

This Zionist lagoon is still causing political problems in the Middle East because the Israeli regime does not believe in a moral universe. As the late rabbi Rabbi Ovadia Yosef put it:

“I don’t believe in Western morality. Living by Torah [the Talmud, of course] values will make us a light unto the nations who suffer defeat because of a disastrous morality of human invention.”[3]

Unless we hold Israeli officials accountable, they will continue to threaten virtually everything we all hold dear. As Israeli historian Martin van Creveld put it back in 2003:

“We possess several hundred atomic warheads and rockets and can launch them at targets in all directions, perhaps even at Rome. Most European capitals are targets for our air force…. We have the capability to take the world down with us. And I can assure you that that will happen before Israel goes under.”[4]

So what have the Israelis been working on lately? We’ll let Richard Silverstein of the Middle East Eye may have an answer. 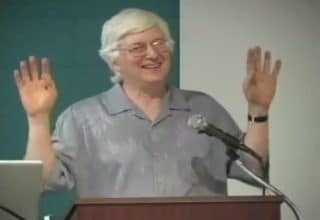 What is Israel building at its Dimona nuclear site?—Richard Silverstein

An international NGO devoted to halting the proliferation of nuclear weapons recently released satellite imagery showing that Israel, for the first time in decades, was engaged in new construction at its Dimona nuclear site. The reactor there, which first became active in the mid-1960s, manufactures plutonium as fuel for Israel’s reputed stockpile of 80 nuclear warheads.

This excavation has piqued the curiosity of nuclear experts and intelligence agencies around the world. Since the Dimona reactor has long since passed its projected lifespan, some have speculated that Israel may be building a new plutonium reactor.

This seems unlikely, as this element is long lasting, and Israel has already produced enough for current or future needs. Some have speculated that the existing reactor is either substantially shut down or being decommissioned.

If Israel does not need a new reactor to replace the old one, then what else might it be building there? In a recent interview with the Associated Press, Daryl Kimball, executive director of the Washington-based Arms Control Association, pointed to another critical element in nuclear warheads: tritium. It is a hydrogen isotope used to increase the yield of nuclear warheads. It also makes the explosive reaction more efficient, so less fuel (in Israel’s case, plutonium) is needed.

Tritium has allowed for advances in weapons design, including smaller devices whose explosive power is magnified. It is also used in neutron bombs, which are designed to kill humans while having a reduced blast area. Kimball told the AP that Israel “may want to produce more tritium, a relatively faster-decaying radioactive byproduct used to boost the explosive yield of some nuclear warheads”.

Tritium, like plutonium and other substances used to produce nuclear weapons, is manufactured in a nuclear reactor. It can be produced by irradiating lithium metal. The isotope is less stable than plutonium, meaning it requires replenishing more frequently for use in a nuclear arsenal.

If, as leading nuclear expert Avner Cohen has speculated, the old Dimona reactor is to be retired, Israel would need a new source for the production of tritium. Perhaps a reactor is being specifically built for that purpose.

Construction appears to have begun, according to an analysis of satellite photos, sometime in late 2018 or early 2019. This means that work has likely been underway for around two years. The current images mainly indicate excavation, but no buildings yet being constructed.

Why is the process moving so slowly? It could indicate indecision among policymakers about when and whether to shut down the old reactor, or budgetary constraints preventing a faster pace of construction.

But why has the imagery become public only now, after two years of construction? Given the looming conflict between Israel and US President Joe Biden over the revival of the Iran nuclear negotiations, it’s possible that the US administration wants to remind the world where the real nuclear danger lies – and it’s not in Iran.

If the construction is related to the production of tritium, this would suggest that Israel is not building a new class of nuclear arms, such as the hypersonic weapons of which Russian President Vladimir Putin has boasted – at least not at Dimona. Rather, Israel is likely refining the potency of its existing arsenal.

The ultimate irony of the Dimona project is that no one questions Israel’s right to make nuclear weapons or to improve the lethality of its arsenal. Digging a hole the size of a soccer field to build God-knows-what? Go right ahead. Yet, should a single particle of uranium fall to the ground in a place where it should not be in Iran, the whole international community begins tut-tutting that Tehran is a few weeks from nuclear breakout and imminent catastrophe.

Why the double standard? Why does the world believe that Israel has the right to such an immense arsenal, and that it will maintain it responsibly, while Iran has no right to even a single weapon – and that should the latter create one, it would blow up the world? What has Israel ever done to deserve such credibility, and what has Iran ever done that is so much more heinous as to deserve this level of obloquy?

In a Facebook exchange with Cohen, he called Benjamin Netanyahu Israel’s most “nuclear-keen” prime minister since David Ben-Gurion, who founded the country’s nuclear programme. Netanyahu has taken far more interest in the nuclear project and made numerous speeches, both at Dimona and at Ben Gurion’s graveside nearby at Sde Boker, threatening Iran with nuclear destruction.

That doesn’t necessarily mean that Netanyahu is any more likely to use such weapons than previous prime ministers. It means that he sees a critical need for Israel to have credible nuclear deterrence to keep its enemies in check. This is a key element of Israel’s geopolitical strategy, a means of projecting power and guaranteeing the nation’s regional dominance.

Netanyahu’s obsession with Iran’s nuclear programme might derive from his being loath to be the first Israeli leader to permit an Arab enemy to join the nuclear club.

ver the past decade, the US and Israel have played good cop-bad cop roles regarding the Iranian nuclear threat. US presidents have used a combination of covert sabotage and public diplomacy to advance a policy of restraining Iran, while Israel has, at times, advocated an outright military attack. Both collaborated on the covert Stuxnet malware that destroyed uranium centrifuges.

But the US has never been willing to join in an attack on Iran, despite Netanyahu’s lobbying. Will the Israeli leader show restraint, or will he test Biden’s resolve and Iran’s commitment to negotiations by continuing to assassinate nuclear scientists and otherwise undermine a political-diplomatic approach to resolving the crisis?

Biden has learned from the past experiences of former President Barack Obama not to trust Netanyahu. It is an unenviable position to have to distrust both one’s enemy (Iran) and one’s ally.