Five Oklahoma City police officers were charged on Wednesday with first-degree manslaughter after a 15-year-old boy was fatally shot in November while allegedly attempting to rob a convenience store.

Five Oklahoma City officers are charged with first-degree manslaughter after killing a 15-year-old robbery suspect. Stavian Rodriguez's family says he was armed, but that he complied with commands to drop his gun and was unarmed when he was shot 13 times. https://t.co/pIGtYrYpJY

Stavian Rodriguez was shot 13 times by officers responding to reports of an attempted armed robbery at a convenience store on November 23.

“The first thing that comes to mind is ‘Praise God,’ and I’m hopeful that they will be convicted,” Cameo Holland said after prosecutors charged the five officers who had fatally shot her son, Stavian Rodriguez, in November https://t.co/eGyGD37ZYB

Surveillance video obtained by KOCO appears to show Rodriguez attempting to cooperate with police when he was shot.

‘Show us your hands, sir. Nobody has to get hurt,’ cops tell Rodriguez over a speaker.

Rodriguez is seen climbing out of the drive-thru window with his hands raised, as cops scream: ‘Hands!’

The boy then slowly moves his hand to his waistband and lifts his shirt to show cops that he is removing the weapon tucked into his jeans.

‘Get face down on the ground,’ cops order as Rodriguez removes the weapon and drops it to the floor.

‘Oh, don’t do that!’ a male officer says to the kid as a female cop orders him to get on the ground and ‘drop it.’

Rodriguez then reaches in his pocket in what appears to be an attempt to remove something else, as cops scream and multiple gun fire shots are heard.

Scroll down for video 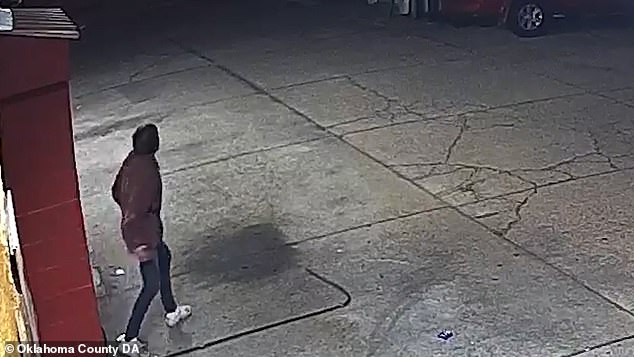 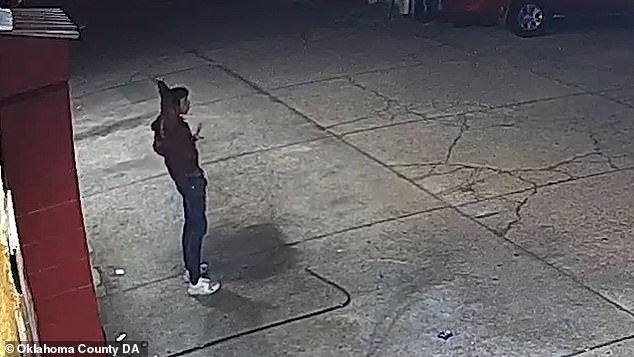 The boy lifts his shirt to show cops that he is removing the weapon tucked into his jeans. 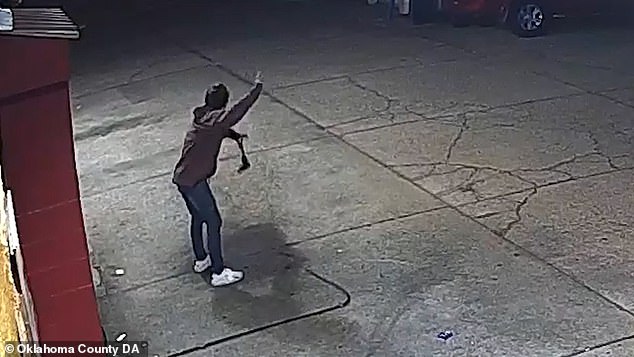 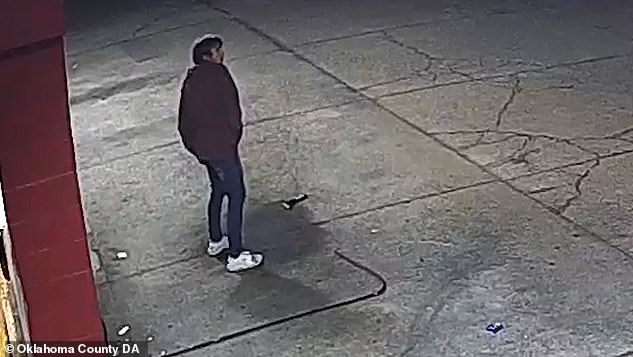 Rodriguez then reaches in his pocket in what appears to be an attempt to remove something else, as cops scream and multiple gun fire shots are heard.