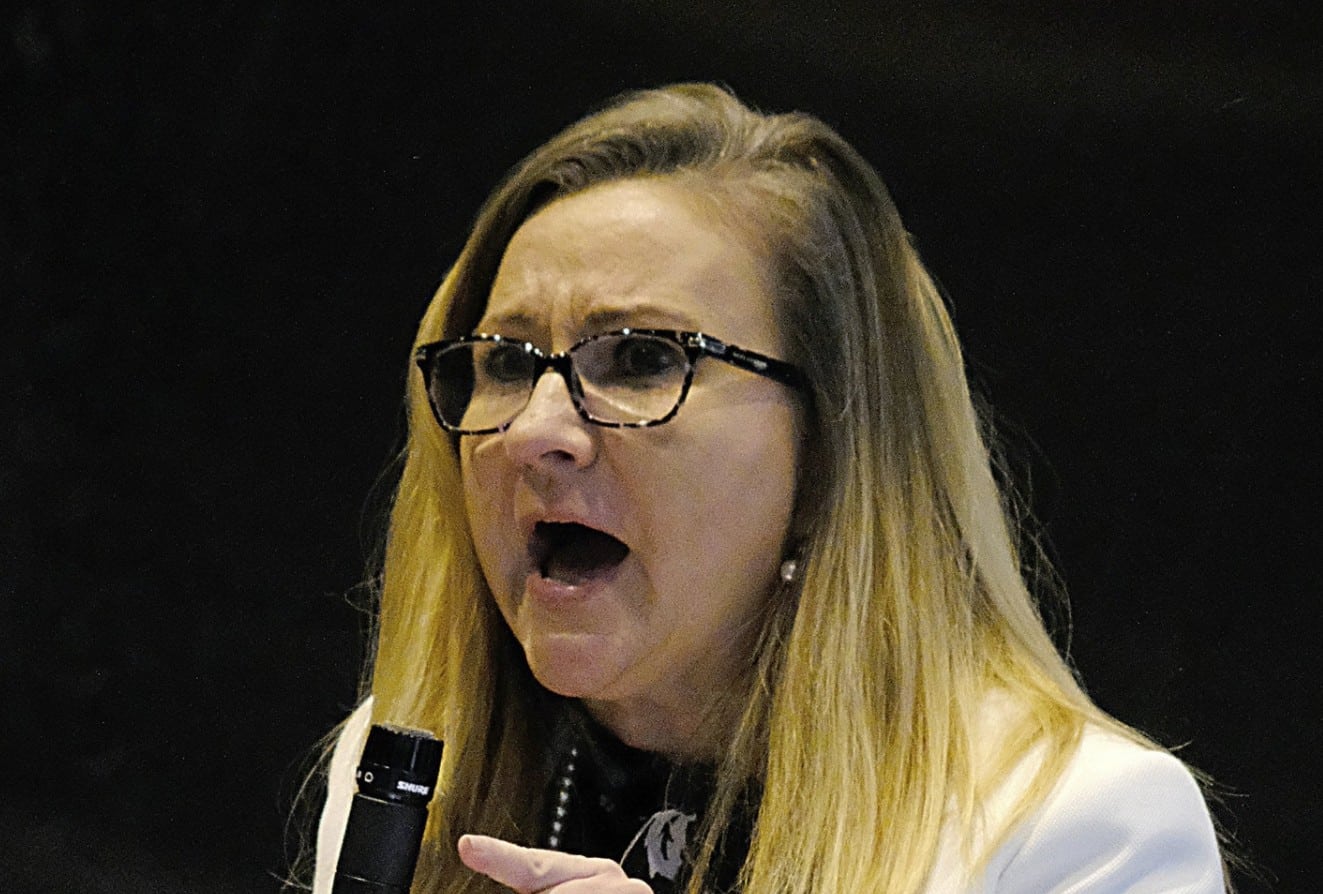 ..the trail is leading from Trump to Stone, to Alex Jones to Stewart Rhodes to Amanda Chase…and so much further…but does it go all the way to Moscow?

In the initially little-seen and little-noticed video (first posted on a Facebook page that Facebook suspended for 60 days on January 8), Chase speaks with Stewart Rhodes, founder of the Oath Keepers, and Joshua Macias, head of Vets for Trump.

CNN has reported that the FBI is now investigating many of Rhodes’ associates in the Oath Keepers, and has arrested some of them in a plot since detailed by the Wall Street Journal as involving gassing all of Congress to death in the tunnels beneath the United States Capitol.

As for Macias, he was arrested on gun charges during vote-counting in Philadelphia and was later charged with felony election interference in November of 2020.

At one point in the Facebook Live video, with Senator Chase sitting between them, Macias and Rhodes have the following exchange (one made all the more harrowing because it comes just hours before Insurrection Day):

MACIAS: “…[t]he most well-trained—crucible-trained—combat veterans this world has ever seen….there are veterans out there that are well-trained, that can immediate [sic] president be brought in as a special group and be utilized—in any way, shape or form—at his [the president’s] disposal. And we have a million just in Vets for Trump right now, standing at the ready, let alone those within one degree of separation, and the six million that didn’t even vote before [in 2016], that now voted in the 2016 [sic] election.

So here we sit [on January 5] at a precipice of change, where we have the community that’s ready to step in, do what is needed, we have those that are—the president has all the power and the authority to do so—and he has all the backing of “we the people” and the 80 million that voted for him.

RHODES: In fact, us veterans, until age 65, under federal statute, still are subject to being called up as a militia. It goes from 17 to 45 if you’re not a veteran; if you’re a veteran, because of our prior experience and training, it goes to age 65. He could call us up right now as a militia—

RHODES: —and put us to work.

MACIAS: And he has the ability—with special groups—that he can pull them in in other ways as well, and we can intake all of them, and place them wherever he needs it. So he has, standing at the ready, well-trained—crucible-trained—veteran volunteers that are at the ready right now.

Less than two weeks later, Macias would, alongside Latinos for Trump—whose leader Bianca Gracia not only also appears in the January 5 video alongside Chase, Rhodes, and Macias, but had also appeared at the Stop the Steal/Rally to Save America that day—seek a Temporary Restraining Order in federal court in Texas to try to keep Joe Biden from being inaugurated. {Note: Other speakers at the January 5 rally included Roger Stone and Alex Jones, both of whom say—see the prior articles in Proof on this subject—that they were in touch with Trump or the White House in the days leading up to the insurrection.}  read more….