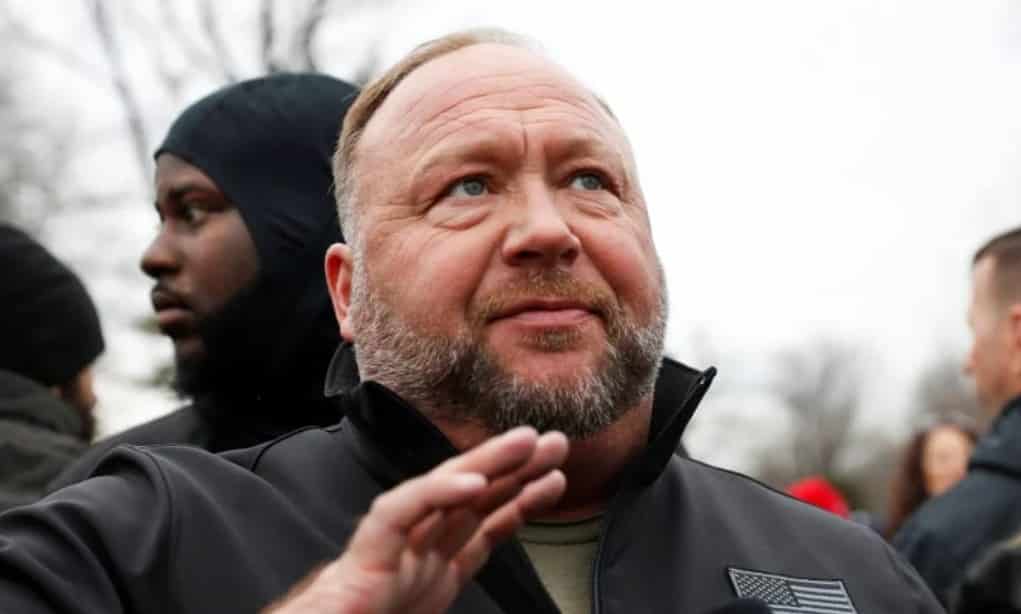 Daily Beast: Police in Washington, D.C. are investigating an allegation that conspiracy theorist Alex Jones threatened to throw the planner of a December rally off the stage.

Kylie Jane Kremer, executive director of Women for America First, reportedly alleged in a complaint to D.C. police that outside the Willard Hotel on Dec. 11 someone “threatened to shove her off the stage at her event,” planned for the next day in support of Donald Trump. Kremer and Jones spoke at separate events on Dec. 12, and no such confrontation occurred. CNN reports that though Kremer does not name Jones in her complaint, witnesses said Jones made the threat. Jones denied the allegation in a statement.