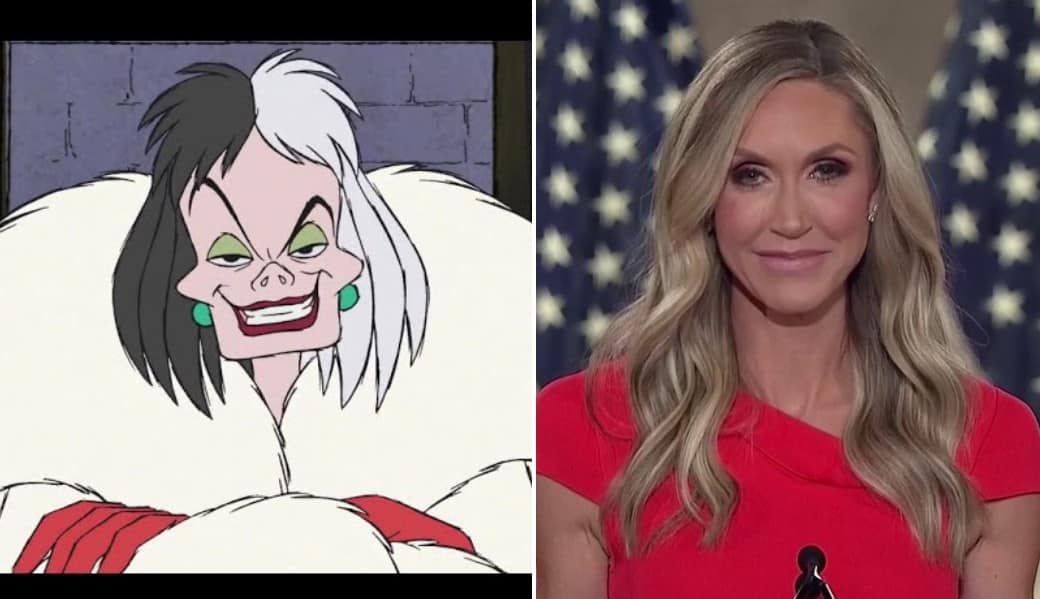 Huffington Post: A dog rescue charity with links to Lara Trump has spent as much as $1.9 million at former President Donald Trump’s properties over the last seven years and will drop an additional quarter-million at his Mar-a-Lago country club this weekend.

Jesus. What a headline.

They steal from dogs in shelters.

According to a permit filed with the town of Palm Beach, Florida, Big Dog Ranch Rescue estimates it will spend $225,000 at the club where Donald Trump has taken up full-time residence since leaving the White House. All the profit from that spending winds up in his pocket.

Internal Revenue Service filings show that the group has spent as much as $1,883,160 on fundraising costs at Mar-a-Lago and Trump’s golf course 18 miles north in Jupiter starting in 2014.

Lara Trump, the wife of Eric Trump, started being listed as a chairwoman for charity events in 2018, and the group’s president, Lauren Simmons, visited the White House in 2019 for the signing of a bill addressing animal cruelty.

Lara Trump
"Every Trump is crooked except for Mary" pic.twitter.com/OH6Q27Efom

Daughter-in-law Lara Trump has been advertised as a “chairwoman” of the charity’s fundraisers over the past several years. The spending by a charity she is associated with at her family’s businesses mirrors practices at Donald Trump’s now-shuttered Trump Foundation and Eric Trump’s Eric Trump Foundation, which also spent donor money at Trump properties.

The self-dealing by the Trump Foundation was so egregious that New York state Attorney General Letitia James cited it as the reason the charity could no longer operate.