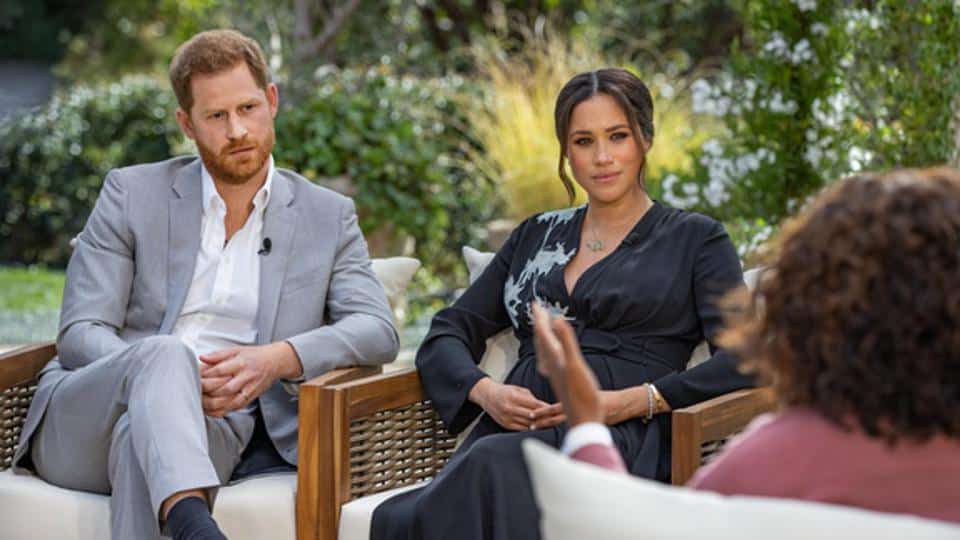 Whilst Harry and Meghan’s interview with Oprah Winfrey may have caused a media feeding frenzy comparable to that of the big shark’s in The Meg, it is unlikely to cause any long-term damage to Britain or the Royal Family. The Queen is no more racist than Oprah, there are serious doubts about the most damaging claim, re baby Archie’s color, and questions have been raised about Meghan’s credibility. The interview is already being referred to in Britain as the ‘whinathon’.

Very frankly, in Her 94th year, only a few weeks shy of Her 95th birthday, with Her beloved husband of 73 years in hospital, Her Majesty should not have to deal with this nonsense. Any complaints the Duke and Duchess of Sussex had should have been raised privately with the Queen, not aired publicly. The fact that they were not damages their credibility.

The most damaging claim, that someone queried what color baby Archie was going to be, lacks any kind of detail. Who is supposed to have asked this question, when and where? Had such an offensive question been asked why wasn’t an issue made of it straight away?

The distinction is important, not least because the Household has been penetrated by the Cabinet Office. It is very difficult to see even a member of the Household asking such a silly question, but it might have been a set up. The Cabinet Office of course has been so thoroughly penetrated by German intelligence (mostly GO2) that it is effectively part of the German government, not the British.

Germany has been waging war on the British Monarchy since before the unification of the German states. The assassination attempts on dear Queen Victoria were just the start.

Jerry’s campaign has involved assassination attempts, one possibly successful (there are reservations about the death of the Queen’s illustrious father, George VI) and one definitely so (HRH Princess Diana in Paris in 1997), smears, Treasury attacks on Royal Finances and a kidnap attempt (HRH Princess Anne, in 1974). German operative Jeffrey Epstein’s lengthy campaign to compromise HRH the Duke of York (Prince Andrew) is a case in point.

I have not yet reached a concluded view as to whether or not there was a set up. We need to know more about who asked the question, indeed we need to establish that it was asked at all, and if so in what terms. Had real offense been caused the issue would surely have surfaced before now – no one likes a stoked-up grievance.

Two marriages or one?

Not the least strange aspect of the interview was the assertion by the Duchess that she and Prince Harry were married twice. Huh? You can have quiet marriages in the Church of England. You cannot have a private marriage. Marriage in England is a public act, requiring two witnesses. The details are then entered in a register.

I sense genuine confusion here. Meghan’s own parents were married in the Paramahansa Yogananda Self-Realization Fellowship Temple by Brother Bhaktananda, not the Archbishop of Canterbury. The Duchess seems genuinely unfamiliar with the rites of the Anglican Church.

God Save The Queen

The Duchess’s claim not to know the British National Anthem is odd, to say the least, given the time that she spent in Canada. Whilst the Canadian National Anthem has been the magisterial O Canada since 1980, God Save The Queen was the National Anthem until then and is still the Canadian Royal Anthem. I would expect every Canadian citizen and long-term resident to be familiar with it.

Archie’s status has not been changed, nor, so far as I am aware, are there any plans to change it. The protocol was set in place by King George V in 1917. Grandsons of a reigning monarch are entitled to the rank of prince, as are grandsons of the heir apparent. Thus Prince George is a Prince of the United Kingdom. It’s nothing to do with race. Archie, btw, is an earl and entitled to be addressed as the Earl of Dumbarton. The decision not to use his existing title was taken by his parents.

When in God’s good time Her Majesty is called home and the Prince of Wales becomes, I respectfully presume, King George VII, Archie, as is his right, will become a Prince. He will also be entitled to be called ‘His Royal Highness’. He remains seventh in line to the Throne of England.

The Duchess’s claim to have been forced to surrender her passport with every respect cannot be reconciled with her subsequent overseas travel. Either she has got into a hopeless muddle or she is simply not telling the truth.

Royal security, such as it is, is provided by the Metropolitan Police Service’s Protection Command, one of whose officers, albeit not involved in Royal protection duties, has just been arrested for murder. Decisions about who receives protection are not made by the Royal Family.

Notoriously, in 1982 the late Sir David McNee, the then Metropolitan Police Commissioner, under pressure from either GO2 or the Cabinet Office, instructed police protection officers at Buckingham Palace to stand down and allow an attempt on Her Majesty’s life to proceed.

That disgraceful incident should have led to a comprehensive overhaul of Royal security but didn’t. Sir David and the then Cabinet Secretary, Sir Robert Armstrong, should have been hanged of course, nicely.

The Duke and Duchess would have had every right to complain about the withdrawal of security for Archie had they remained working Royals. In practice security is only provided for senior and working Royals. Once they decided to settle in California providing armed British police officers to protect them was out of the question. I can just imagine what the Santa Barbara County Sheriff, the capable Bill Brown, would say! The Met’s jurisdiction does not extend to the Pacific coast of California.

I am not saying that the Duke and Duchess should pay for their own protection. As members of the Royal Family they are at risk, for example from terrorists or half-crazed passing SNP supporters. However it is a matter for the State of California and Sheriff Brown, who with respect is a rather better police chief than Cressida Dick and can ride a horse.

Doria Ragland, Meghan’s mum, may yet intervene in this row. I suspect that she is not best pleased that her daughter has launched into an attack on the British Royal Family. Mrs Ragland was received with the greatest courtesy in England, and rightly so. I would be very surprised if she encountered any racism at all from the Royal Family. She was treated as an honored guest.

The Duke and Duchess may not have blown up the Royal Family but they certainly managed to blow up ITV’s breakfast show Good Morning Britain. After a row about the interview with mixed race weatherman Alex Beresford, whose belief in global warming managed to survive the recent freeze in Texas but shouldn’t have, star presenter Piers Morgan stormed off the set. GMB’s viewing figures promptly collapsed and £200 million was wiped off ITV’s share value.

Speaking of Texas I hope that all y’all are not still freezing your bottoms off down there! (I was about to say ‘butts’ but then I reminded myself that this is a family website!) I hold no brief for Piers Morgan, although he was perfectly amiable at our one and only meeting, but with every respect the Duchess should not have complained.

Her Majesty should be handed both ownership and control of the Royal Palaces. The income from the Crown Estate, which is Her Majesty’s by right, should be restored to the Crown, giving the Sovereign financial independence for the first time since the reign of nice King George.

Cabinet Office influence over appointments to the Royal Household should cease. Should it turn out that a Cabinet Office stooge did query Archie’s color, the Cabinet Secretary of the day will need to be held to account, although there may not be a need to execute him.

The outrageous plan to scrap 32 Squadron’s fine BAe 146 aircraft should be scrapped and the Queen’s Flight restored, with ownership of the aircraft transferred to Her. The massive income from the Crown Estate, currently siphoned off by the Treasury, would be sufficient to fund replacements. The government should of course build Her Majesty a new Royal Yacht. This is the United Kingdom of course, not the United Republic!

As I pointed out in Spyhunter, in the context of the perfectly proper execution of the French agent Admiral Byng (who should really have been called ‘Admiral Bung’), any lawyer is entitled to feel a sense of grievance, if not as keenly as his client, should said client be acquitted of the more serious charge and sentenced to death on the lesser. I came across another example recently, the case of Rainey Bethea in 1936.

Bethea, who was almost certainly a Democrat, raped and murdered Lischia Edwards, in Owensboro Kentucky. A dispute arose as to whether he should be hanged or fried and in the events which happened it was decided to prosecute him locally for the rape only.

He was very properly sentenced to be hanged (I’m slightly surprised that the jury didn’t say that he should be both hanged and fried) becoming the most recent person to be publicly hanged in the United States. (I can see dictator Joseph Biden going the same way!)

Lest BLM write in to complain, because Bethea was black and poor Mrs Edwards white, I would have no hesitation in saying that he should still have been hanged had it been the other way around.

No white man who murders an elderly black woman for her jewellery is going to get any sympathy from me.