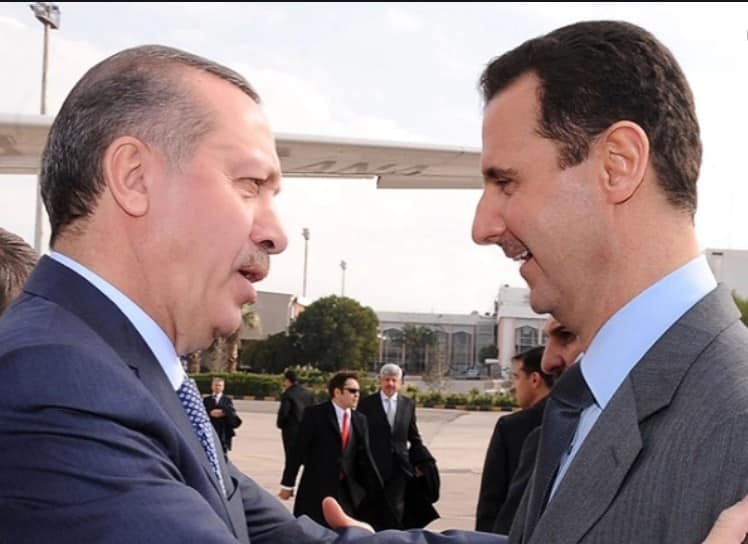 The triple play start out with a US, European, Egyptian, and Jordanian agreement to move the negotiations on the Palestinian-Israeli front.

Next comes an American move to control the Israeli rhythm and move away from escalation in exchange for pushing an American-Russian agreement to expel the Iranians from Syria. Then Turkey in introduced into the mix through Libya, Egypt and Saudi Arabia to work to end wars in return for territorial gains for Turkey.

The strategic research between Moscow and Washington on calming the conflict hotspots ended with practical results based on which a large-scale Russian move to find a way out of the Syrian crisis through the Gulf states (which Washington sees the need to be involved to cover the costs of restoring life to Syria).

For victory, and for Turkey on the Syrian land and the Libyan land, the results of Lavrov’s tour were clear: Saudi Arabia and the UAE confirmed the need for Syria to return to the Arab framework, and that they had a desire for material support.

But Caesar’s law constituted an obstacle (meaning that they wanted an American decision), while Qatar was the only one that it stipulated the completion of the constitution, which means the participation of Al-Nusra and Al-Julani in the political settlement.

Al-Julani began preparing for this by arresting the leaders of Al-Qaeda, the Turkestan Party, and other small foreign and Syrian organizations, based on an agreement and coordination with the French and German intelligence services, “under American auspices.”

Al-Nusra and Al-Julani became the only party in the opposition, and it enjoys military weight, and therefore it becomes necessary to involve it. D. Lavrov and the Minister of Foreign Affairs of Qatar agreed to declare their fight against terrorism!

The broad tour agreed upon between Washington and Moscow has led to results. These are recommendations for the American administration to agree to if I want life for it !! Of course, the Gulf states discussed with Lavrov the issue of the war in Yemen and the Iranian nuclear issue.

Lavrov announced that Moscow would do everything it could to find a political solution in Syria, stop the war in Yemen, and preserve the nuclear agreement, and the meeting of the four countries: Germany, France, Egypt and Jordan came out with recommendations.

Washington awaits approval, and President Biden is now on the table of the “National Security Director’s envoy to Israel, and the report of the four-way meeting …. Biden’s decision is as decisive as it is on the Syrian issue.

Biden announced more than once that Washington would not take unilateral decisions, but would involve its “allies and perhaps also its enemies” in charting the diplomatic path. Netanyahu postponed his visit to the Emirates and his meeting with Bin Salman because the American message was clear:

No to escalation … Yes to diplomacy. According to our reliable sources, it has the word “firm”, meaning firm diplomacy. Therefore, the US State Department announced that it will not take unilateral steps regarding lifting sanctions before Iran returns to the nuclear agreement, as well as the important leak to the Wall Street Journal about (more than one) military operations targeting Iranian oil tankers were heading to Syria (without Iran or Israel announcing that).

Biden promised Netanyahu, through his envoy, the “Director of National Security”, that Washington would (get the Iranians out of Syria !!), and it seems that there was talk about that between Moscow And Washington, this is a time mine that may explode at any moment, and it is very sensitive and puts the Syrian leadership in front of severe embarrassment and fear of Moscow holding all the papers on the situation in Syria.

It is clear from this that Biden chose to allocate America’s role to its allies to do what he wants to do, and is targeting at this stage, the Iranian wings were closed in Syria, Yemen, Lebanon and Palestine, so that the pressure on Iran would become more effective.
The overall issue for the whole region is thorny and complex, and all moves are based on signed agreements that the parties adhere to them all the time.

Washington is looking for its own interest and finds that its interests will be better if the Israel alliance prevails, and the regimes in its orbit, and therefore it follows a policy of minimizing losses and allowing some. The gains are made by the other parties to ensure the final hegemony, and Moscow is looking for its interests, and believes that its interests are in support for the parties that are hostile to the United States (Syria, Iran and the Palestinian resistance)

It follows the policy of a modest partner, or a partner who accepts 10%, and the weakness of Moscow’s partners stems from From Moscow’s fear of angering Washington that it provided these parties with the means of force that would enable them to challenge and confront based on their right and the legality of their positions.

There are other calculations in more than one place, as an example: While Washington blessed Lavrov’s tour, it deployed medium-range missiles in The Indian Ocean and Asia, and this necessitated that the Russian Ministry of Defense respond by announcing the response … This is the game of the powerful.

Washington publicly asked Ansar Allah to stop their attack on Marib, and to stop their attacks on targets in Saudi Arabia. It also announced that there is progress in communications, which are taking place in Amman at a time when Lavrov promised to make efforts to stop the war, and this means talking to Iran about this goal but for a camp The resistance is his calculations, as he does not trust the United States or its obligations, and Iran will not accept to meet until after the sanctions are lifted, and as it announced,

“The agreement is no longer important to Iran, and therefore it will end if the sanctions are not lifted.” Iran has strategic relations with Syria, and the resistance factions therefore do not expect it to succeed Biden (and if Moscow concedes), in progress in the Middle East, of course this situation may lead to a focus on the negotiations of the Authority with Israel to abort “Palestine”, as a driving force for the axis of resistance, as the return to negotiations will cause a new rift in the Palestinian arena, and this time it will cause a rift. Within the ranks of the Fatah movement that dominates power.

Once again, we say that Biden declares the diplomacy of action, but he is subject to the conspiracies, secret military operations, and assassinations that accompany them, and this is what we will see. The Wall Street Journal unveiled the White House’s approval of Israel striking Iranian oil tankers heading to Syria, so does this constitute a diplomatic move? ? Israel bombed the borders of Iraq and Syria with American approval. Is this the case for diplomacy?

Unless Biden moves to lift the sanctions on Syria, Iran, Yemen, and Lebanon, he will lose.