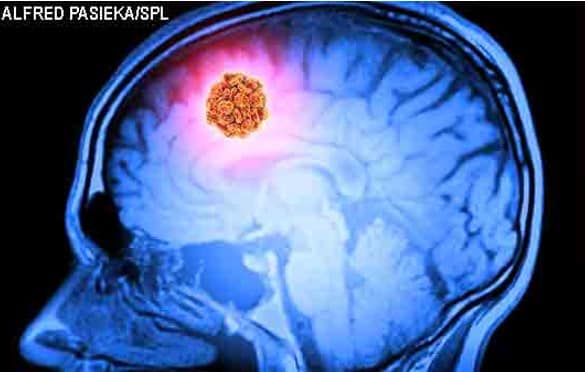 An ischemic stroke increases the risk of developing dementia later, while the risk increases the more serious such episodes are, according to a new US-Israeli scientific study. The study highlights the importance of stroke prevention for the prevention of dementia in old age. Ischemic stroke is the most common type of stroke that accounts for almost 90% of all strokes and occurs when a blood vessel that supplies blood to the brain is blocked. Before continuing reading you can have a little break to unwind. Make yourself a nice cup of tea, have a little walk or have a look at casino.

Researchers led by Dr. Sylvia Cotton of the Herczeg Institute for Aging and Tel Aviv University School of Medicine, who made the announcement at the International Stroke Conference 2021 of the American Stroke Association, analyzed data from nearly 158 people. 45 to 64 years old in the USA. It was found that for those who had at least one ischemic stroke, the risk of subsequent dementia was twice as high as for those who had not had a stroke before. People with such an episode were almost 80% more likely to develop dementia, while the risk of dementia was almost nine times higher for those with three or more strokes. Those with the most severe strokes were almost five times more likely to have dementia than those with the mildest strokes.

“The relationship between the number and severity of stroke and the risk of dementia is unexpectedly strong and the continuing increase in the risk of dementia after the first stroke and for each additional episode is significant,” said Dr Cotton. “Stroke can be largely prevented. “Treatment and control of hypertension, diabetes and obesity, along with adopting a healthy lifestyle that includes regular physical activity and no smoking, are crucial to preventing both stroke and dementia.”

A third study at the same conference concluded that people with ocular retinal damage are more likely to have a stroke or dementia. The more severe the retinal damage, the greater the risk of death within the next decade. This finding raises the possibility of using the ophthalmological examination to identify people at high risk for stroke or dementia. The researchers, led by neurologist Michelle Lynn of the Mayo Clinic, looked at the link between retinopathy, stroke and dementia in 5,543 people with a mean age of 56 years. It was found that those who had a retinal problem were more than twice as likely to have a stroke, almost 70% higher risk of dementia and higher risk of premature death.

Understanding the potential side effects of a stroke are crucial but what is of even more importance is to prevent a stroke happening in the first place. Healthy lifestyle with plenty of physical exercise, balanced diet and avoiding smoking and excessive drinking are vital. Equally important is to be able to recognize stroke symptoms in order to aid immediately and reduce or prevent possible side effects. Every 40 seconds a person suffers from a stroke somewhere in the world. Every 3 to 4 minutes someone dies of a stroke, but if we can spot the warning signs early and call 911, then we could save a life or prevent long-term disability.

Leaning face, look for a side of the face or mouth that is tilted. Ask the person to smile.

Is a hand numb or weak? Ask the person to raise both hands. Does one of the two hands fall down?

Is Speech Confused? Is it difficult for the patient to speak or be understood? Come up with a very simple sentence and ask the person to repeat it.

Time to call 911. If the person has any of the above symptoms do not delay, call 911 for an ambulance. The symptoms may disappear. In every case do call an ambulance even if they go away.

The sooner you can recognize the symptoms and get professional help the better. The symptoms of a stroke can vary from person to person, depending on which part of the brain is affected. The functions of the various parts of the body are controlled by different parts of the brain. Confusion and severe headaches can occur or even loss of consciousness in more severe cases. Symptoms can often improve after a few weeks, when the swelling around the damaged part of the brain subsides.

Symptoms may gradually subside with recovery and treatment, but some people are left with a degree of disability after a stroke which depends on the extent of the stroke damage.