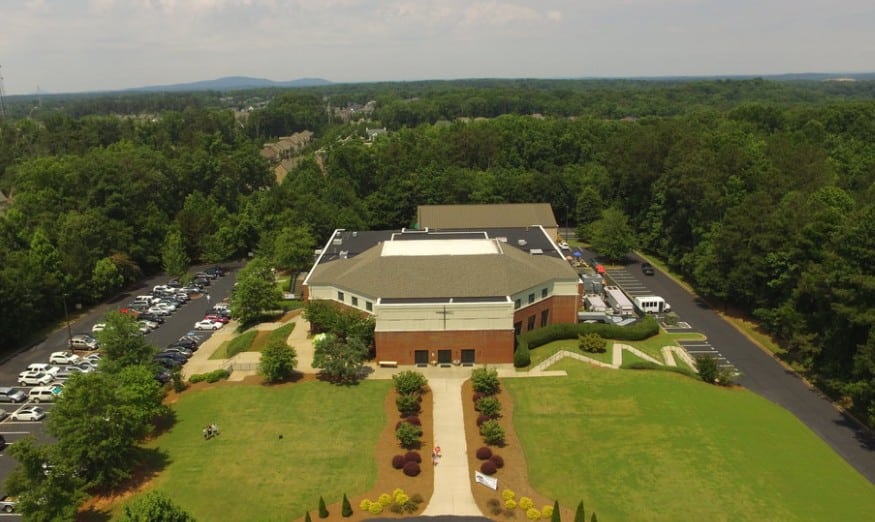 VT: Religion at Crabapple is about guns and Trump.  Our assumption is simple, we may well have tripped over a massive terror cell here in this small community north of Atlanta where children otherwise inclined to living a normal life of stealing cars and tipping over tombstones are led to mass murder.

The megachurch that was a home to another Kile Rittenhouse has been disappearing itself from YouTube and social media.  It obviously has something to hide.

No photos of the guns Long owned and worshipped are here.  His social media is not only disappeared with his Instragram.

His entire life was his local church.  We could publish the carefully crafted “cookie cutter” story that every media outlet has picked up from the Atlanta Constitution…a very curious fact in itself.

What do we know?  Nobody knows anything.

We want to know about his church, where he spent his life.  We want to know why they did this to him.  Who runs the place.  Do they preach hate there like so many or is this something else.

Facts would help.  Instead, the church has also been “disappeared” as though they have something to hide.  Not every community around Atlanta is filled with racists and crazies.  This community, this church, seems to have one of the worst.  Do they have more?

This is a coverup.

We wait out the day and look to comment boards to fill in the facts that have been erased from the media.  Someone is to blame, certainly the perpetrator but we want to know about his family, his school, certainly his church, his guns, his friends and if we are to expect more from one or more of these potential centers of threat.