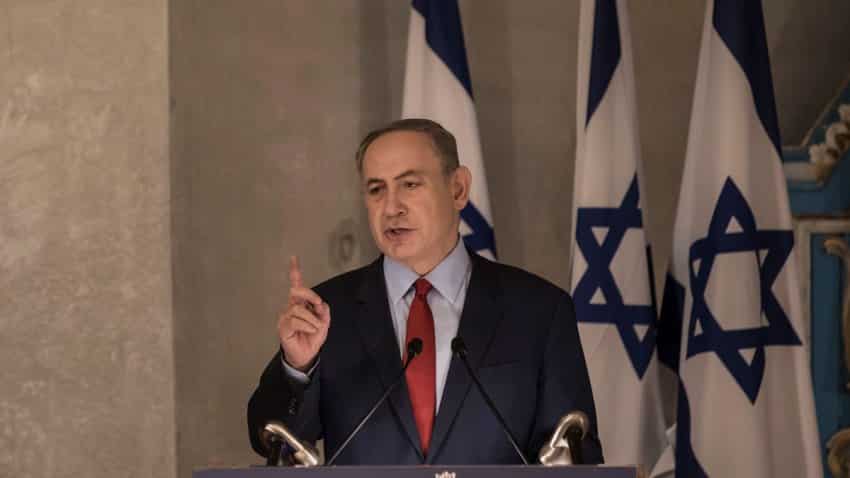 If JCPOA participants return to the Iran deal, which is still on the table at the present moment, then Benjamin Netanyahu is almost certainly screwed. International Atomic Energy Agency Director General Rafael Grossi has recently said that JCPOA participants “want to come back. But of course … there are a number of issues that still need to be clarified. So it’s not impossible. It is difficult, but not impossible.”[1]

Grossi, unlike the mad man in Tel Aviv, believes that Iran has already offered a “diplomatic window of opportunity” for the deal to take place. He concluded: “In this time period, the parties involved will hopefully be able to achieve, or at least start to move back to the JCPOA.”[2]

That certainly doesn’t line up with what Netanyahu has been telling the West for more than three decades. Netanyahu, the man who spent almost his entire political career defecating on the Iran deal and perpetuating one categorical lie after another, obviously does not like Grossi for positing such radical statements.

But we all know by now that whatever is bad for Israel on Iran is actually good for virtually everyone else. Biden should capitalize on this new development and tell the mad man in Tel Aviv to stay home. Or maybe Biden can invite either Obama and Clinton to the White House and ask them about how they had to deal with Israeli gangsters, hoaxers, and liars.

Keep in mind that it was Clinton himself who told Netanyahu: “Who the fuck does he think he is?”[3] Joe Lockhart, the White House spokesman during the Clinton administration, declared that Netanyahu was “one of the most obnoxious individuals you’re going to come into – just a liar and a cheat. He could open his mouth and you could have no confidence that anything that came out of it was the truth.”[4]

Incidentally, this has been a pattern among US presidents for decades. Even George W. Bush, himself a thoroughly Zionist puppet, was getting tired of people like Sheldon Adelson.

When Bush was too slow to catch up with the Zionist project, Adelson was completely upset. Bush responded: “I had this crazy Jewish billionaire, yelling at me.”[5] Harry S. Truman had similar things to say when he was being cornered by the Khazarian Bankster Cult in his administration. He said:

“They care not how many Estonians, Latvians, Finns, Poles, Yugoslavs or Greeks get murdered or mistreated as D[isplaced] P[ersons] as long as the Jews get special treatment. When they have power, physical or political, neither Hitler nor Stalin has anything on them for cruelty or mistreatment to the underdog.”[6]

So, Biden should do a little research and find out how past presidents had to deal with Israeli infiltrators and traitors.