by Salman Rafi Sheikh, and New Eastern Outlook, …and the Institute of Oriental Studies of the Russian Academy of Sciences, a research institution for the study of the countries and cultures of Asia and North Africa.

[ Editor’s Note: Biden may have bitten off more than he can chew with China. Sure he will pick up the anti-Chinese countries that are out there, but after that the ‘ally pickings’ get slim. As Rafi Sheikh describes below, President 46 is not going to have Europe as a jiahd partner against Peking.

I can clearly remember all the Western development money flowing into China during what was considered the gold rush years of China’s ‘opening’ in the 1970s. China played rope-a-dope and went along with the Yankees thinking they were going to recolonize China.

But that did not happened. Some years later, I learned China was buying a lot of the US debt, with Japan already an established buyer, a good deal for all, as the two countries exporting so much to the US was not considered an economic threat, and for Japan it will never be.

But China is so huge, so organized, and with no political problems to speak of, it has been able to execute the government’s will without all the infighting seen in so many other places. This has given them an edge on almost everybody else. And whose fault really is that?

Mr. Biden can throw all the military forces he wants at China, or Russia for that matter. The latter countries can operate from interior lines, while the US has a long way to go to project military power. Russia has no forces strong enough to threaten Europe, and would not want to bother. Killing your customers has always been a detraction for successful businessmen.

Our military threat against Russia and China has forced them to divert major resouces not into hitting the beachs on our East and West Coast but to protect their borders and main shipping lanes. It is hard to frame someone as an ogre for defending themselves.

As for bullying them with firepower, those days are over. Russia already has a doomsday weapon, a couple actually, and China will not be far behind. All of this investment in military expansion has made us less safe, but it did make the US military contractors lots of money, and that is really their goal.

Look what Russia and China did after they shifted focus from military investment to domestic development. They remade their countries, and that is what the Western imperialist hucksters are whining about.

They now have to sleep in the bed they made, but want to sell us on how they are defending the homeland. I am waiting for my first non-bullshit propaganda briefing on that… Jim W. Dean ] 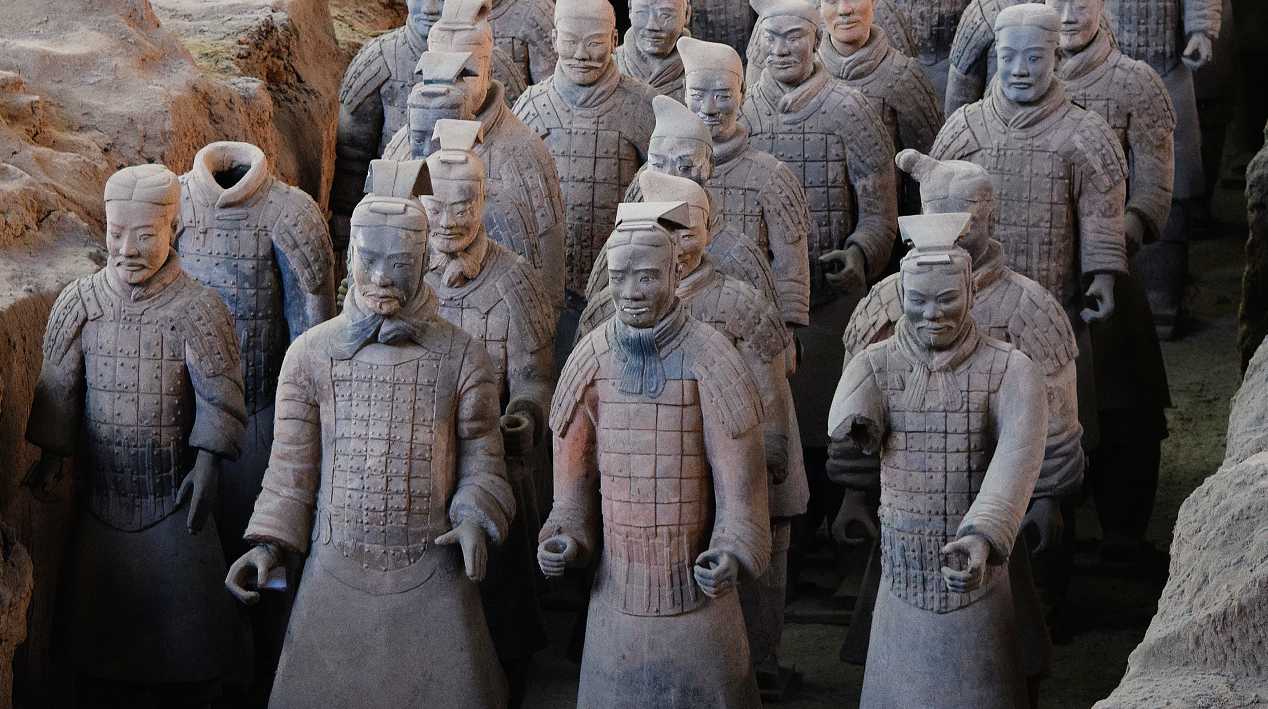 The Joe Biden administration has taken no time to finalise its China strategy. The telephonic conversation between Biden and Xi, which happened in a so-called “good atmosphere”, has already given way to a “China strategy” that is not different from the Trump administration’s approach.

However, some latest developments show that the Biden administration has not only decided to up the ante against China, but is also fully focused on confronting the latter at global level. The urgency and primacy the Biden administration is giving to China is evident from the way Biden & Co. have decided to meet their so-called QUAD allies ahead of the US’ closest allies in Europe.

While one reason for this remains the US’ own growing distance with Europe, it is also a fact that the EU is not a willing US partner over the latter’s tussle with China. As the latest figures from Eurostat, EU’s official statistical office, show China has already toppled the US as the EU’s top partner in trade over goods.

For the EU, therefore, there is no reason for them to see China as a rival. Although there is a sense of competition between the EU and China, there is also a fast-growing sense of cooperation, which Europe sees as vital for its own global standing and autonomy independent of the US. As it stands, while the US and Europe share many values, there is different risk appetite across the Atlantic.

After Joe Biden spoke to the Munich conference about two weeks ago and stressed US leadership, Chancellor Angela Merkel and President Emmanuel Macron both gave remarks with more emphasis on the need to co-operate with China. The Biden administration, therefore, was left with no option but to once again resort to the QUAD group to “contain” China, at least in the Indo-Pacific if not Europe.

A recent White House statement said that President Biden would hold a virtual QUAD summit to share his “China strategy” with US allies. While Joe Biden the candidate had created an impression that he will follow a “different approach” towards China, his approach shows the only difference is that he believes he can craft a much more effective strategy and cobble together allies against China. Biden’s China strategy is already being descried as “tough, but with alliance backing”, bringing together like-minded nations.

It is evident the Joe Biden administration is taking steps away from its previous approach that stressed dialogue. A senior White House official confirmed this when he said while the US is not going to abandon dialogue, but wanted to first explore areas of common ground with its allies. “We are putting a premium on a deep sharing of views with partners and allies to help arm us with strategic perspectives,” the official was quoted as saying.

Indeed, the Biden administration has already put in place a “vaccine strategy” to counter Chinese influence in Asia & the Pacific. Another White House official was quoted to have said that the “vaccine strategy” is part of the US’ “final stages of preparation for what it hopes to be a major, bold-stroke initiative in the Indo-Pacific” [against China].

The fact that Biden has reactivated the QUAD shows how the new administration is fast-tracking its “China strategy.” The underlying reason remains China’s growing ability to challenge US hegemony. This was pretty well explained by Antony Blinken in his first major foreign policy speech delivered last week. Blinken minced no words when he said China’s is “the biggest geopolitical test of the 21st century” for the US.

Outlining their fundamental approach to China, Blinken stressed the US need to stage a “come back” and force China into a roll-back:

“China is the only country with the economic, diplomatic, military, and technological power to seriously challenge the stable and open international system – all the rules, values, and relationships that make the world work the way we want it to, because it ultimately serves the interests and reflects the values of the American people. Our relationship with China will be competitive when it should be, collaborative when it can be, and adversarial when it must be.  The common denominator is the need to engage China from a position of strength. That requires working with allies and partners, not denigrating them, because our combined weight is much harder for China to ignore.  It requires engaging in diplomacy and in international organizations, because where we have pulled back, China has filled in.”

As Blinken explained, their primary motivation remains to re-establish US leadership and prevent any other country from replacing them. This belief is rooted in a classic neo-imperialist approach that stresses US leadership as the only way to follow a “rule based” international order.

The Joe Biden administration, not seeing how the US influence and leadership already does not matter in Europe, continues to believe it matters in Asia & the Pacific. As Blinken noted:

“… American leadership and engagement matter.  We’re hearing this now from our friends.  They’re glad we’re back.  Whether we like it or not, the world does not organize itself.  When the U.S. pulls back, one of two things is likely to happen: either another country tries to take our place, but not in a way that advances our interests and values; or, maybe just as bad, no one steps up, and then we get chaos and all the dangers it creates.  Either way, that’s not good for America.”

The shift in Joe Biden’s approach from dialogue to virtual confrontation and pushback comes against the backdrop of China’s fast and seemingly unstoppable presence in countries around the world.

As irony would have it, China continues to develop ties with QUAD countries as well, something that limits the extent to which the US can actually enlist the member countries’ support against China. The US has already lost Europe vis-à-vis China.

There is every possibility that China’s growing economic ties with countries in Asia and the Pacific can do the same for the US. This is especially true of the ASEAN region, a region that has already signed a comprehensive trade pact involving China.

Any US adventure must first neutralize the trade pact that promises development and trade on an unprecedented scale. The US, on other hand, continues to offer confrontation, a message that does not read well when compared with China’s multilateral approach that stresses co-existence rather than zero-sum competition.