Different forms of media have often been attributed to causing huge changes around the world, and it is seen every day whether this be from the big content creators on platforms like YouTube flexing how much influence they’re able to have, or even something more mainstream as this past year has been filled with different media musings to change the public view – the latest big target has certainly come around the Oxford AstraZeneca vaccine, and with recent posts giving opinions on whether the move was political or for science, it does raise other questions around whether or not media clickbait fuelling this fire should be a cause for concern.

The headlines have certainly been made clear – some outright declaring that the blood clot issue discovered was unanimous and that an outright ban should be made, with other headlines suggesting there was nothing behind it, but the impacts were felt immediately as reports started to surface that individuals had begun to outright decline the Oxford vaccine through fears of health issues down the line – it seems to matter not whether the reports were true or not, with others suggesting that the Pfizer vaccine had similar rates of blood clots in patients too but hadn’t been reported at all, it does show that regardless of the truth a single headline could have such a dramatic impact, particularly during a time of uncertainty and fear.

With the recent announcement that the US would support the rollout of the vaccine in Canada, it will provide yet more information to support or disprove any potential claims, but it won’t be the first time the media have inflated issues where the may not be so prevalent – other markets have been hit hard before particular with the likes of gaming for example during big links to violent offenders, or the recent links between the rise of online gaming options like allvideoslots and a pandemic of gambling within a younger audience, despite no links being drawn outside of the media. 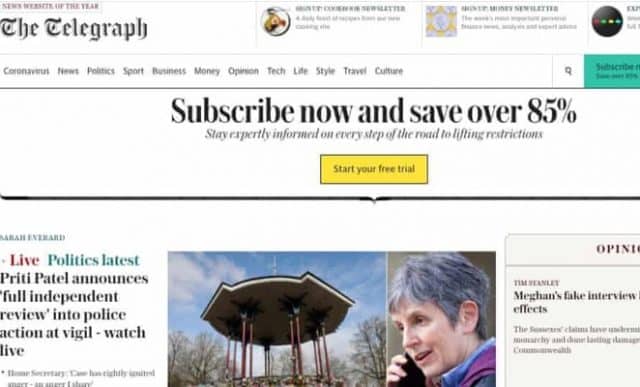 Many are calling for a change to prevent these big clickbait headlines, and with some outlets like the Telegraph recently being exposed for proposals to pay journalists according to engagement which may lead to more clickbait and less reliable stories is certainly a cause for concern – with the social media age leading to a platform for everyone to have their own voice journalism has been certainly seeing a slow down to the point where this may be necessary, but when what is being reported to and held to a higher regard by such a huge audience, it seems as if there’s no place for it.